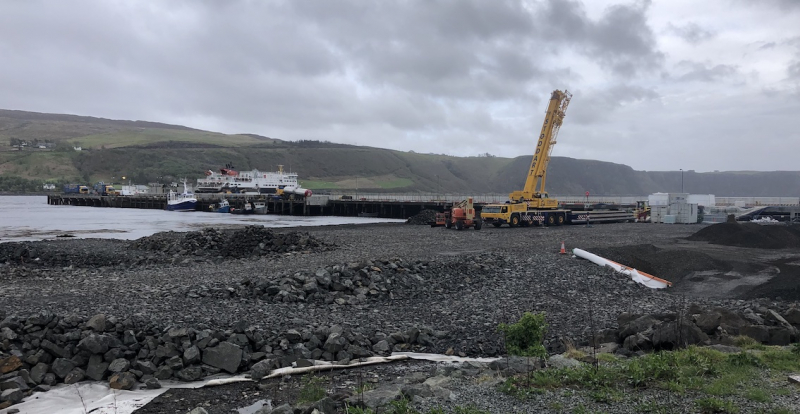 As the total number of signatures on a protest petition nears 5,000, Highlands and Islands Labour MSP, Rhoda Grant, has called for “an urgent rethink” on plans to close Uig pier on Skye for almost six months from October.

This will have devastating effects for the economies of Harris and Uist, she said.

Mrs Grant hopes to raise the issue at Holyrood today (Thursday June 23) when she already has a question tabled about capacity on the Uig-Tarbert-Lochmaddy routes.

She said: “It is madness to press ahead with the closure of Uig for at least six months when it is absolutely clear that no acceptable arrangements are in place to protect the islands’ economy and the basic need for people to travel between islands.

“I have asked the Scottish Government to reconsider the case for a temporary linkspan which I am assured is perfectly feasible but has so far been ruled out on grounds of cost. That has to be re-visited in the light of what their alternative is clearly going to cost the Western Isles economy”.

Mrs Grant urged constituents to sign the petition initiated by Harris councillor, Grant Fulton, which calls for either acceptable measures to be put in place or for the work at Uig to be postponed until a solution is in place.

So far, 4,587 have signed the petition - https://www.change.org/p/save-our-lifeline-ferry-service

The islands MSP highlighted that there are still many unresolved issues and unknowns, and asked what consideration the Scottish Government has given to the option of postponing the works until viable interim arrangements can be put in place.

The First Minister responded that the Scottish Government was very aware of the concerns that communities have. The Transport Minister will be having meetings to discuss what further mitigation measures might be put in place. She stated that the suggestion to postpone the works is an option which continues to be considered but it does come with considerable risks.

Alasdair Allan MSP commented:“The Harris and Uist communities have expressed serious concerns about these issues. I am alarmed by the worries that some key local businesses have, and I have repeatedly highlighted the impracticality of combining the traffic and freight from the Tarbert ferry service with the existing run between Stornoway-Ullapool.

“If the Uig Harbour works necessitate the closure of the ferry pier, and alternatives cannot be found to continue ferry services between the Western Isles and Skye, arrangements must be put in place which maintain adequate capacity and resilience.

“I am very concerned that there are so many unknowns around transport arrangements and contingency so close to the planned closure of the pier.”

The aspect relating to First Minister’s Questions today has been added since this article was first published.