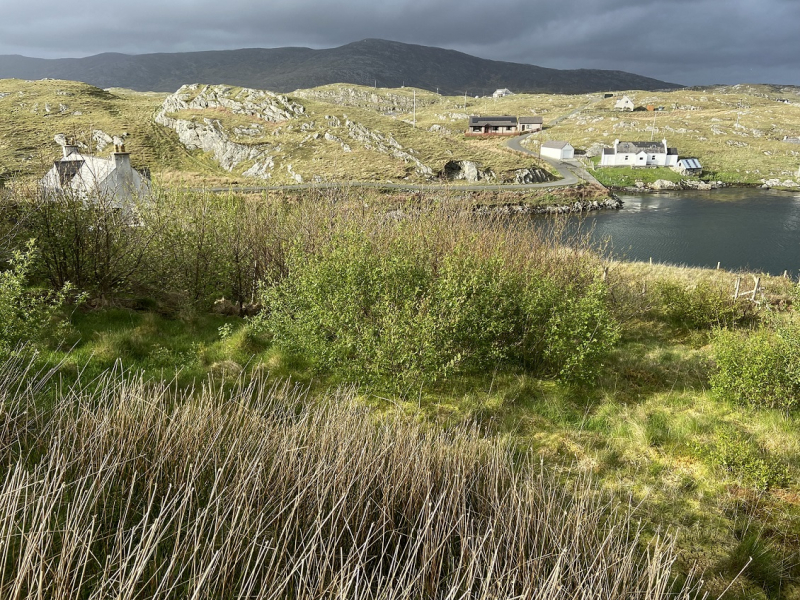 A couple who planted 14,000 trees on a rocky peninsula in Scalpay and a primary school in Perthshire which moved 80% of learning outdoors during the pandemic have been named among the winners at Scotland’s ‘Tree Oscars’.

Mike and Fiona Coulthard won the New Native Woods prize at Scotland’s Finest Woods Awards 2022 for “patience and perseverance” in planting trees on a croft on the exposed peninsula at Ardnakille, Scalpay, off the Isle of Harris.

The exposed peninsula of rock and peat buffeted by wind and salt, makes growing anything a huge challenge. As well as the weather conditions, the couple had to protect saplings – grown from seed in fish boxes - from grazing sheep.

The judges reported: “Growing any trees on this site is an achievement - both ecologically and culturally - and for this the applicants are to be congratulated. This project sets out an example to others of what can be achieved under the least prepossessing environments - and that we can all make a contribution to the environmental challenges we are facing.”

The school which took 80% of learning outside was Grandtully Primary, Perthshire, joint winner of the Schools Award with Priorsford Primary School in Peebles. The judges said of Grandtully: “This is a beautiful example of how Covid helped take learning outdoors. The school grounds are wonderfully developed by the children and the community for human play and learning, but also for wildlife. The children have planted many trees and hedges, built structures from wood, made a wildlife watching area and much more.”

Joint winner Priorsford, the judges said, was a “superb example of how a school can take learning and play outdoors plus make connections to the local woods”.

The Early Years winner was Johnston Nursery in Kirkcudbright, praised by judges for its “visionary” approach. The nursery has bought a small patch of local woodland and the children, with adult help, made it their own, using the children’s committee to express their wishes - including a dog poo campaign, tunnel, castle and tree planting.

The Awards were presented at the Royal Highland Show at Ingliston for the first time since 2019, following a Covid-cancellation in 2020 and online ceremony in 2021.

Winner of the Quality Timber Award for New Commercial Woods was Succothmore in Cowal, Argyll managed by Bryan Pearce for Tilhill.  Succothmore was, the judges said, “an exceptional scheme from design to successful establishment”, which had created “appropriate commercial forestry in eagle territory”.   They added: “Both biodiversity and public access will benefit, including important botanical species and strong links into the Cowal Way.”

Màiri McAllan, Minister for Environment and Land Reform, who presented the Awards, said:  “Scotland boasts a strong woodland heritage that is admired by many countries and its international reputation for good woodland management is well deserved.

“The Awards celebrate the achievements and hard work of all those who create and care for our forests and woodlands, and instil a love of trees in our young people.

“This year, the judges’ results shine a special spotlight on young people of both nursery and school ages, farm and community woodlands - and excellence in creating new productive and native woods.

“I’d like to congratulate all the winners who are keeping Scotland’s woodlands the finest they can be.”

Angela Douglas, Executive Director of Scotland’s Finest Woods, said; “We’re delighted to have such a tremendous collection of winners and to be able to honour them in person for the first time since 2019. The large number of excellent entries from schools and early years settings was particularly pleasing, showing the future of our fine forests and wonderful woodlands is clearly in good hands!”

Joint Winners of the Lilburn Trophy for Farm Woodlands: Michael and Shirley Clarke for Williamwood, Lockerbie and The Lockett Family for Knockbain Farm, Dingwall, Ross-shire.

Winner of the Dulverton Flagon as a special prize for the successful balance between commercial forestry and competing objectives: Mrs J C Hands for Cormilligan, Dumfries and Galloway