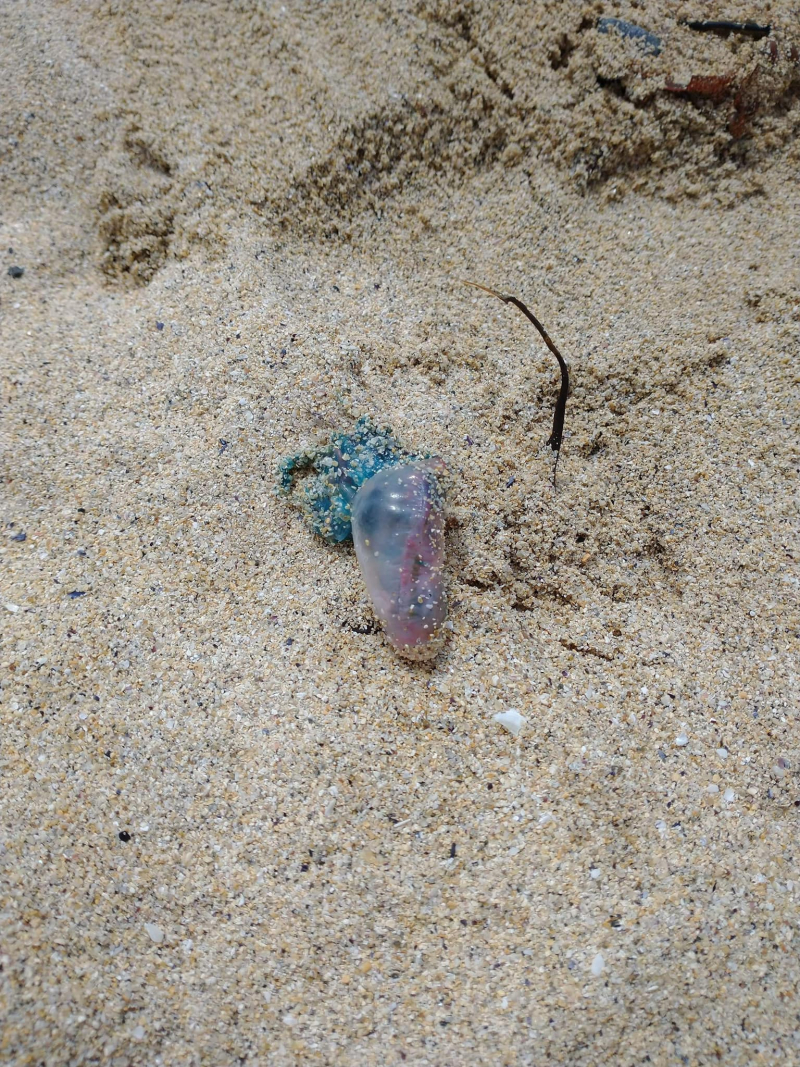 A warning has gone out concerning the presence of Portuguese Man O’War in the seas around the Western Isles.

This followed a sighting on Traigh Nisaboist in West Harris.

For humans, a man-of-war sting is excruciatingly painful, but rarely deadly but even dead man-of-war washed up on shores can deliver a sting.

Immerse Hebrides reported on Facebook last night (Wednesday July 6): "This comes with a wee bit of a warning, I’m afraid. Today on Nisabost beach a Portuguese Man O’War was found by Rachel Plant.

"For those who don’t know, they have a nasty sting and although their float is pretty small their tentacles can be metres long. Be vigilant when swimming, wear full neoprene or a stinger suit and if head-down swimming make sure your goggles have clear vision.

"If you get stung by any jellyfish, rinse with sea water, scrape along the area with a bank card, tell someone, take painkillers and anti-histamine and then run it under very hot water for as long as you can.

The Portuguese man o' war is aptly named after a 16th Century style of warship: it uses part of an enlarged float filled with carbon monoxide and air as a sail to travel by wind for thousands of miles, dragging behind long tentacles that deliver a deadly venomous sting to fish.

This sailing ability, combined with a painful sting and a life cycle with seasonal blooms, results in periodic mass beach strandings and occasionally stinging of humans , making it the most infamous "siphonophore", a type of being made up of identical cells grouped together as a "colony" but each performing separate functions for the creature.

Immerse Hebrides is a cold water swimming group based in Stornoway. The lead guides with Immerse Hebrides are Norma and Neil, a husband and wife team with extensive and in-depth knowledge of the best places to swim and adventure in the surrounding waters of Lewis & Harris.

On their website they say: "Join us for swims along the white sandy beaches and turquoise coastlines of Lewis and Harris, suitable for all abilities. The choice of location will be tailored to your requirements but will depend upon the conditions of the day. For the more experienced sea-swimmer we offer more challenging swims between small islands, across channels or around rugged areas of coastline with water safety provided. Long-distance swims to outer islands can be arranged by special request. Loch swimming also available."