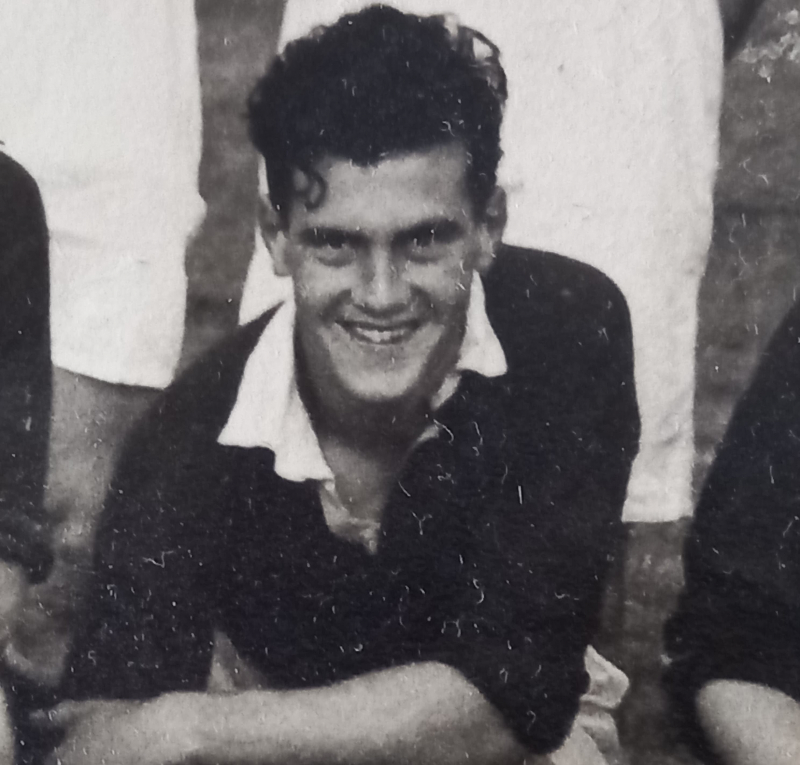 The district of Carloway was deeply saddened on Friday (22 July) at news of the passing of Iain ‘Tiger Ghebhin’ Macarthur, at the age of 83.

Carloway Football Club immediately cancelled their scheduled game against Stornoway United for that evening and have also postponed tomorrow (Monday’s) Jock Stein Cup match against West Side in Barvas, due to the planned wake and funeral, of which details are yet to be announced.

On the day of his passing the club said: “Tiger was one of the club's finest ever players and supported his sons and grandsons to make a great and continuing impact at the club. His passing is a great loss to the community and our deepest sympathy is extended to all the family.”

Since then, tributes have been pouring in and his life and contribution to community history been summarised in this website post from Carloway FC’s Graeme Miller, published yesterday (Saturday).

He said: “Iain was born in Shawbost in March 1939 and brought up in a blackhouse in the village. He attended Shawbost School, leaving at age 15 for his first job as a blockmaker before leaving to start weaving after a year.

“Iain was in the cadets as a youngster but he soon become obsessed with football. His Uncle Norman was a right back and was nicknamed Tiger after the Rangers right back Tiger Shaw. Iain would inherit the nickname and it was his Uncle Norman who would take him down to watch Carloway games as a boy.

“By 1954 and aged 15, Iain was starting for Carloway FC and he became a key figure at inside right in the successful team of the 1950s, winning the D’Oyle Carte and Tormod Mor cups in 1956 and the Stornoway Cup in 1957, alongside great players and friends including Norman ‘Brot’ Macarthur, DR Macleod, Larry Maciver, Angus M and Angus Hamma.

“Brot would become an even closer part of Tiger’s life when Tiger married Brot’s sister Dolly Anne in 1965. By this time, Tiger was working at Shawbost Mill where he would work for 23 years before transferring down the road to the mill in Carloway.

“The 1960s were a more difficult time for Carloway FC but Tiger stuck by the team and was a significant, stabilising figure when Carloway dropped out of the league in 1965 and were replaced by Western Thistle.

“He played for Thistle right through to 1972 and played his last game at the age of 33. Tiger and Dolly would have seven children and Angus, Norman, Calum, Chrissie, Alastair, Iain and Morag would keep him busy throughout the next couple of decades.

“Tiger wasn’t a great spectator but he was proud that Alastair, Iain and Norman would go on to play for Carloway and would closely follow their progress. His son Calum and his wife Diane are long-term supporters of the club and no doubt kept him up to date with results.

“Tiger would go on to work as janitor at the new Shawbost School and is remembered fondly by many pupils from across the Carloway and West Side areas.

“In recent years, a new generation of Macarthurs have represented Carloway and Tiger was proud to see grandsons Cameron, Owen, Daniel and Scott all playing for the club. A fine legacy for a fine man.”

In response to the club’s own tribute, others joined with memories of Tiger’s playing and working life, with condolences coming from current and former team members in Point, Harris and Stornoway among other places.

Tiger was described as a lifelong friend, a lovely man and a real gentleman. His impact on the younger generation was summed up by comments describing him as ‘a footballing hero’ to youngsters in Carloway and ‘a real laugh’ as caretaker at Shawbost School.