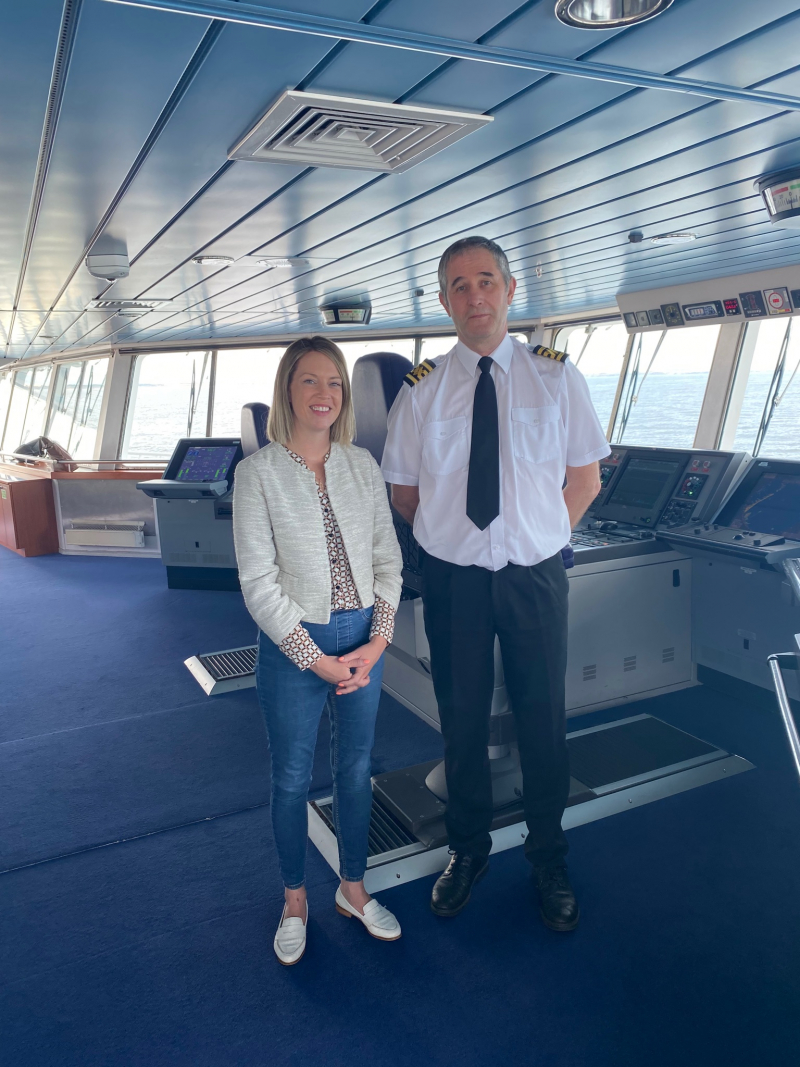 Scottish transport secretary Jenny Gilruth has been accused of avoiding trouble over west coast ferry services, after reporting a positive experience on a trip to Orkney yesterday (Monday 8 August).

MSP Jenny Gilruth tweeted that it was ‘a pleasure’ to travel to Orkney on NorthLink Ferries and posted a picture of her on the bridge with the master of the Orkney vessel.

Her post triggered an immediate response from Scottish Liberal-Democrat leader Willie Rennie MSP, who was quoted in yesterday’s Scottish Daily Express saying: "I would never criticise the transport secretary for getting first-hand experience of the ferry network, but it does look suspiciously like the Orkney route was chosen to save her the embarrassment of being left on the quayside in the Outer Hebrides.”

Mr Rennie’s comments came on the day that Na h-Eileanan an Iar MSP Alasdair Allan met with Ms Gilruth, alongside representatives from island communities, CalMac, Highland Council, Transport Scotland and Comhairle nan Eilean Siar, to discuss the arrangements which are to be put in place during Uig pier’s closure.

During the meeting, Highland Council and CalMac outlined options for the period from 10 October until 23 March, during which Uig pier is due to be closed, but emphasised that there were additional risks and costs associated with each of the potential options.

Attendees at the meeting stressed the monumental financial losses which will be borne by island communities over the closure period as things currently stand and said that this needed to be fully considered when mitigation options are being assessed and agreed.

Dr Allan emphasised that the current proposals for the outage simply do not command public confidence and were arrived at before the recent and persistent problems on the island routes.

Speaking after yesterday’s meeting, Dr Allan said: “While I appreciate the continued efforts to identify solutions to the difficulties which will be experienced by island businesses and individuals throughout Uig pier’s closure period, I remain deeply concerned about the situation.

“Public anxiety around the proposals has only been increased by the severe and frequent disruption to Harris and Uist’s lifeline ferry services that communities have been forced to endure in recent weeks and months.”

But, he said, it was ‘positive’ that the transport minister continues to engage constructively on this issue – an attitude which the Lib-Dem leader said he found hard to understand.

Mr Rennie earlier tweeted: “What I don't understand is why the SNP from the Western Isles aren't spitting mad – why are they not doing what I'm doing and calling for parliament to be recalled? Their blood pressure should be sky high.”

Scottish Conservative transport spokesman Graham Simpson MSP also waded into the ferry debate on Sunday, finishing a trip to Skye after which he said: “Just back from a lovely week on Skye. Thank goodness there’s a bridge because there was constant disruption to the ferries.”

He flagged a current inquiry into ferry services by the Scottish Parliament’s net zero, energy and transport committee, which has a submission deadline of 26 August.

The committee launched the inquiry on 1 July in response to a public petition saying the unreliability of ferries has resulted in losses to island economies.

The inquiry is considering:

To research the topic, the inquiry is asking questions about issues such as what island residents, businesses, and other ferry users need from Scottish Government-supported ferry services, and what institutional and funding arrangements would most likely deliver.

The survey is at https://yourviews.parliament.scot/nzet/modern-sustainable-ferry-services/

Meanwhile a petition (https://www.change.org/p/save-our-lifeline-ferry-service) on the campaigning platform change.org has seen a surge of support since Harris councillor Grant Fulton said on Saturday that he was making a final push before submitting it to Holyrood.

The petition, launched six months ago by Cllr Fulton, seeks a reversal of the decision to close Uig harbour, or a delay in the closure until a sensible solution is proposed.

Since the recent wave of cancellations on the Uig triangle route brought home the impact of Tarbert’s planned loss of services, signatories have risen to over 8,200.

The picture shows transport secretary Jenny Gilruth on the bridge of a NorthLink ferry to Orkney (Jenny Gilruth). 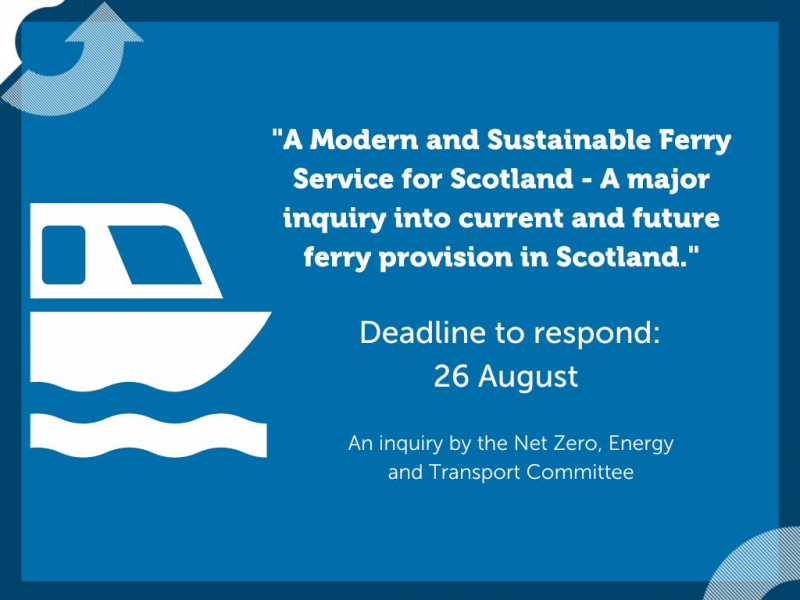