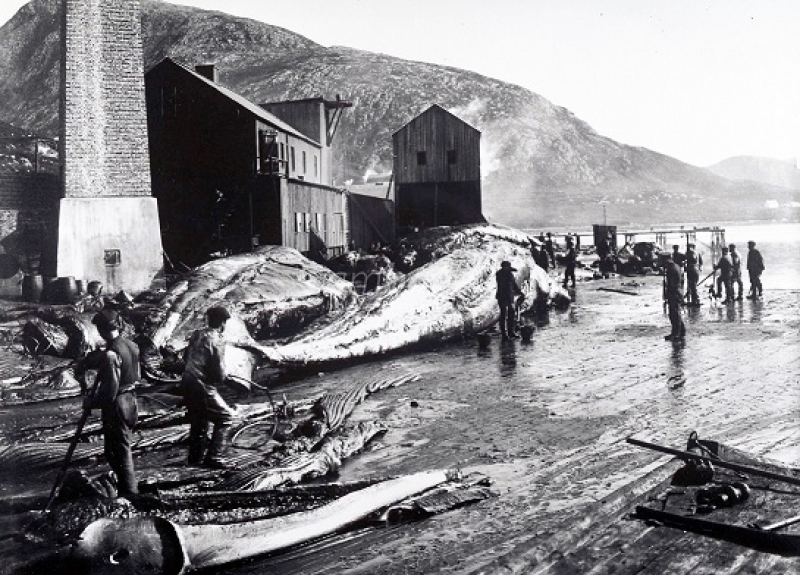 An extraordinary book launch took place in Tarbert last night (Tuesday August 30) and will be followed by a further one in Stornoway at the Cromwell Street library tomorrow (Thursday) at 6pm.

Many readers will have passed the ruins of the old whaling station at Bun Abhainn Eadarra in north Harris and wondered what exactly went on there.

Now we can all know … with the publication of a fascinating and lavishly illustrated new book by Ian Hart, The Whalers of Harris, covering the history of the whaling station for the first time and placing it in its global context.

And you will have to read the book to really find about the whaling station as the complex of rules surrounding the nationally preserved site mean it is impossibly expensive to even install interpretation boards and Historic Scotland has set such restrictions on maintenance work that it is feared the remaining iconic chimney will simply be left to collapse. 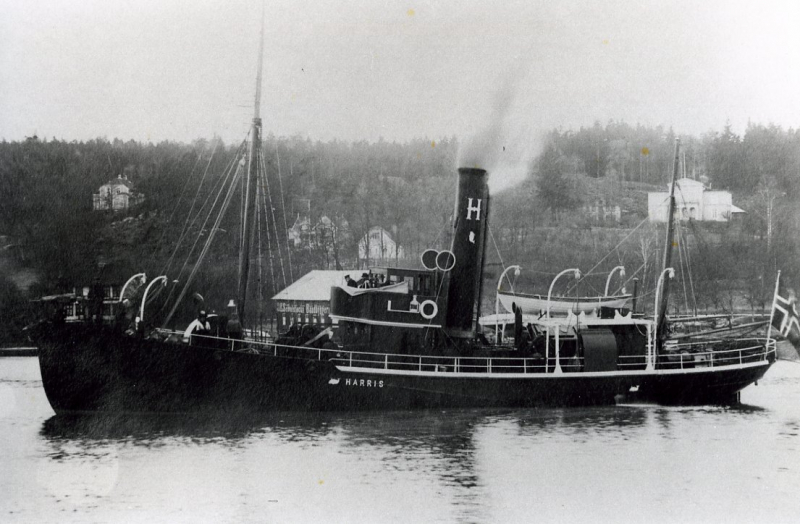 Photographs on display at the launch from the book showed how there had once been three chimneys and the range of illustrations show the scale of the operations – although sensitive readers are reminded that this a story about a processing station for dead whales.

The ruins remaining today are the most substantial remains of any such whaling station in the northern hemisphere – and are part of an industrial pattern which saw the whalers move from country to country,  and later ocean to ocean in pursuit of the whales, without apparently ever questioning whether their own activities were the cause of the growing scarcity of the whales.

The book describes the establishment of a whaling station in 1904 by a Norwegian whaling family and the profound effect that it had on whale species in the north-east North Atlantic; the consequences of the First World War and unfavourable trading conditions; the purchase of the station by Lord Leverhulme’s Harris Whaling and Fishing Company and his ideas for experimentation, to introduce whale meat into the food market in the Congo and create opportunities for other whale products; and finally, after a brief resurrection in 1950, the demise of the station caused by the decline in North Atlantic whale populations and alternative sources of cheaper Antarctic whale oil. In the audience were some of people who’d been involved in that activity – and compared the South Georgia whaling station with the Harris one. The Bun Abhainn Eadarra station was constructed largely from buildings moved from Iceland and these were subsequently moved on to South Georgia.

It is also a story tinged with tragedy and severe consequences for the natural world. In the first decade of operations, it removed from the waters around St Kilda probably over half of what remained of an iconic whale species, the north-eastern Atlantic population of the North Atlantic right whale, which had been hunted by generations of Basque whalers off the coasts of Portugal, Spain and France since the 11th century. In 1904 this remnant population was on the point of recovery, but it is now critically endangered and probably extinct. 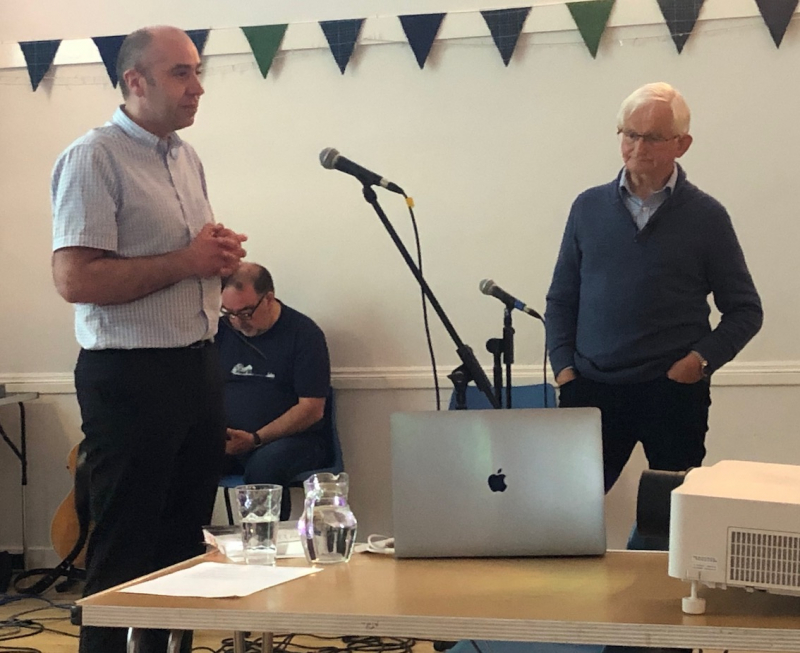 The launch event was presented by Bun Abhainn Eadarra native Donald Martin – former Lord Lieutenant of the Western Isles and former chair of Acair, the publishers who have produced the book.  He was acting in the absence of the books author Ian Hart for whom this is his tenth book on the whaling trade.

Sadly attendance at the event was affected by the sad death of a well-known local person but those who were there included many with a family connection to those who had worked at the station.

Donald Martin was able to place the whaling station in its local context and link its life over almost 50 intermittent years to the lives of those in the local community and beyond – as people walked to work there and stay in the barracks on a weekly basis from as far away as Shawbost. What was clear from the memories of the families involved was that the stench from the work of the station had made an indelible impact on them. And Ian Hart comments that the closures of the whaling station through its intermittent life seem to have gone unlamented as its work was regarded as disrupting the herring shoals.

There is still work to be done on identifying the people included in the photogaphs of the local workforce – and Ian Hart and Acair would be happy to learn more.

The book also incorporates original research based on archives in the United Kingdom, Norway, Iceland, United States of America and Spain.

Ian Hart is an author of books which describe whaling in the Antarctic, South Georgia, South Africa and Brazil. He was a member of a small team that established a whaling museum on the sub-Antarctic island of South Georgia. 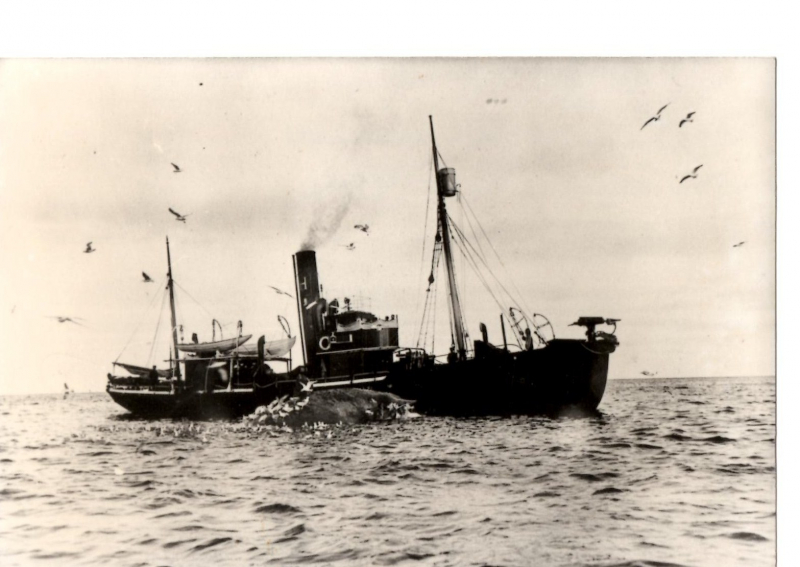