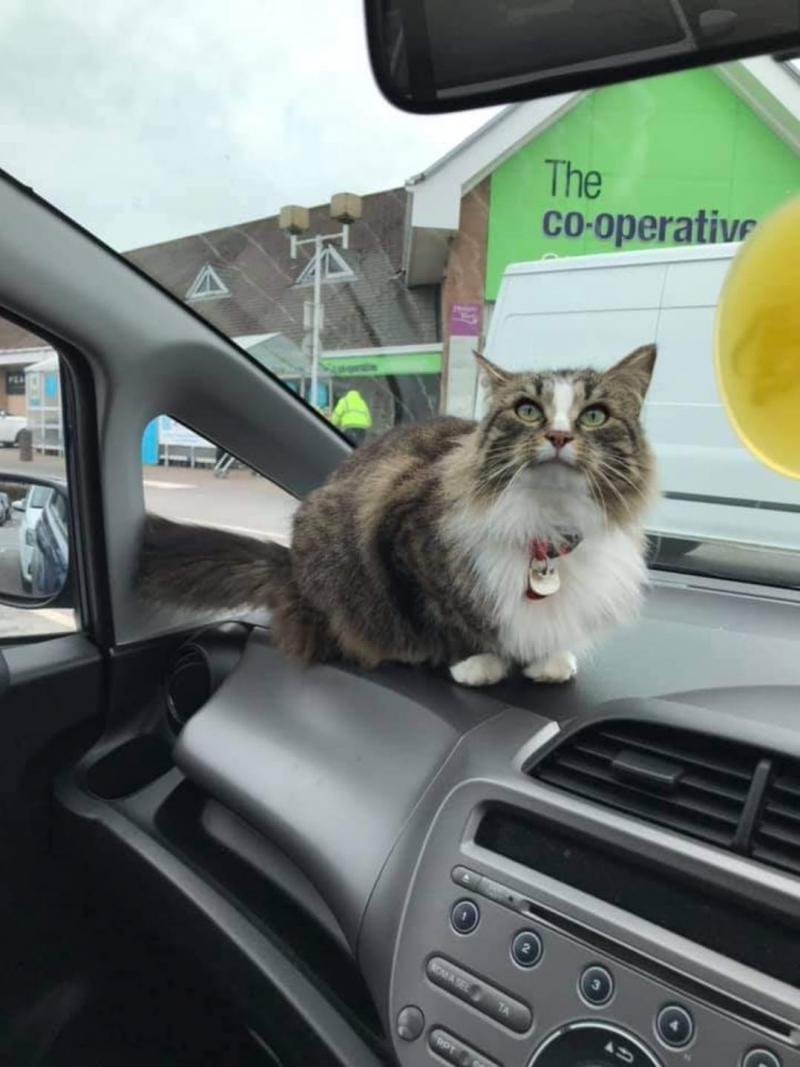 Pet-lovers have reacted to news of the death of Mittens the Co-op cat with calls for a lasting memorial.

And the Macaulay Road Co-op Superstore’s own management themselves have pledged a memorial plaque, and perhaps a statue, if money can be raised for the idea.

An outpouring of affectionate memories was triggered by news yesterday morning (Wednesday 7 September) that the friendly, affectionate feline had become a victim of the road just outside the Co-op superstore, which she had made her second home. 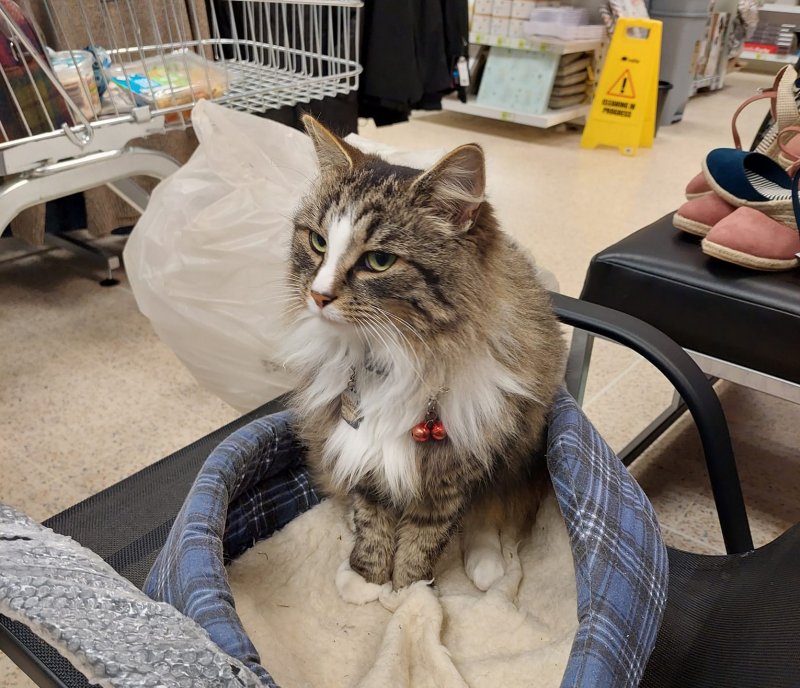 Now some are suggesting that there should be a statue offering a way for shoppers and townsfolk to remember their fluffy friend.

The idea is gaining currency, with Co-op manager Steven Cooper saying that the store already plans to install a memorial plaque in the store, next to the collection point for cat rescue group WISCK.

Steven told welovestornoway.com today that plans are under discussion to commemorate the kitty who is arguably their most famous customer. 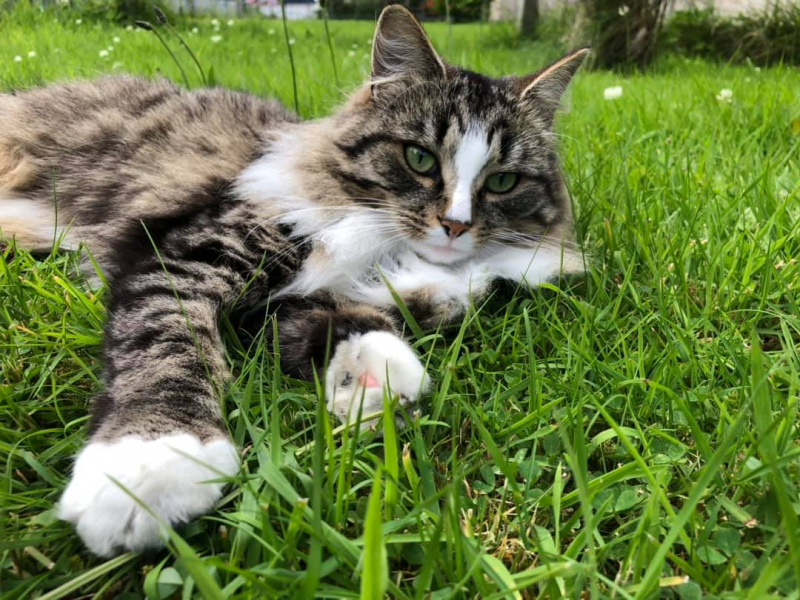 He said: “We’ve already decided we’re going to make a plaque in the store, above the bank for catfood donations, but if there are enough requests and people want to make donations we would certainly look at the idea of a statue.

“I would donate to it myself and, in fact, the store would put a donation in to make it happen. Mittens always used to sit in the store and we would be keen to find a way that she can be remembered where people always used to see her.”

A bronze statue has been mooted, with fans keen to contribute if it would help the idea to become reality. One shopper said: “I would be happy to contribute to any costs for a memorial. Mittens was such a darling and part of Stornoway life.” 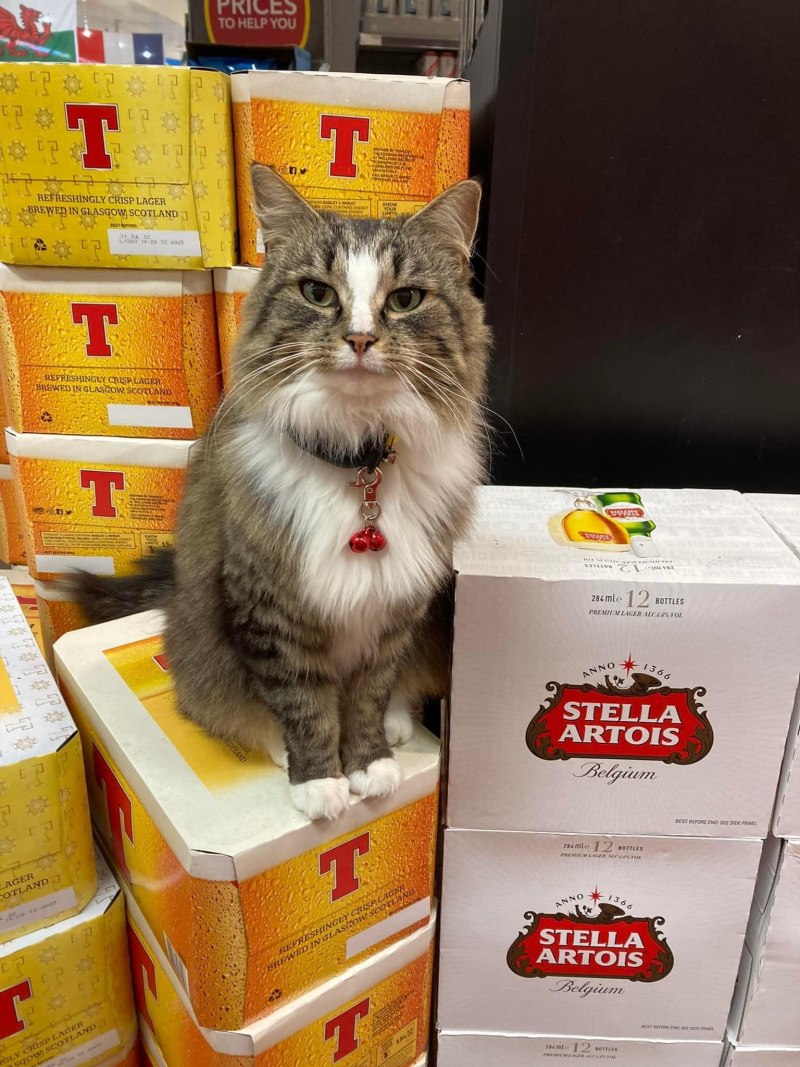 Steven said the store would look into costs and would be happy to take donations towards a statue. The idea is not without precedent – London’s Bob the street cat has a statue at Islington Green and in Istanbul a chubby feline called Tombili is commemorated with a bronze statue on the steps where he always used to sit.

Mittens’ wanderings around Stornoway were legendary – as shown by snaps taken by some of her many friends around the town. She was spotted in most departments of the Co-op superstore on Macaulay Road, from petfood to beer, lounging on garden furniture in the Original Factory Shop and making the most of sunshine among the flowers. 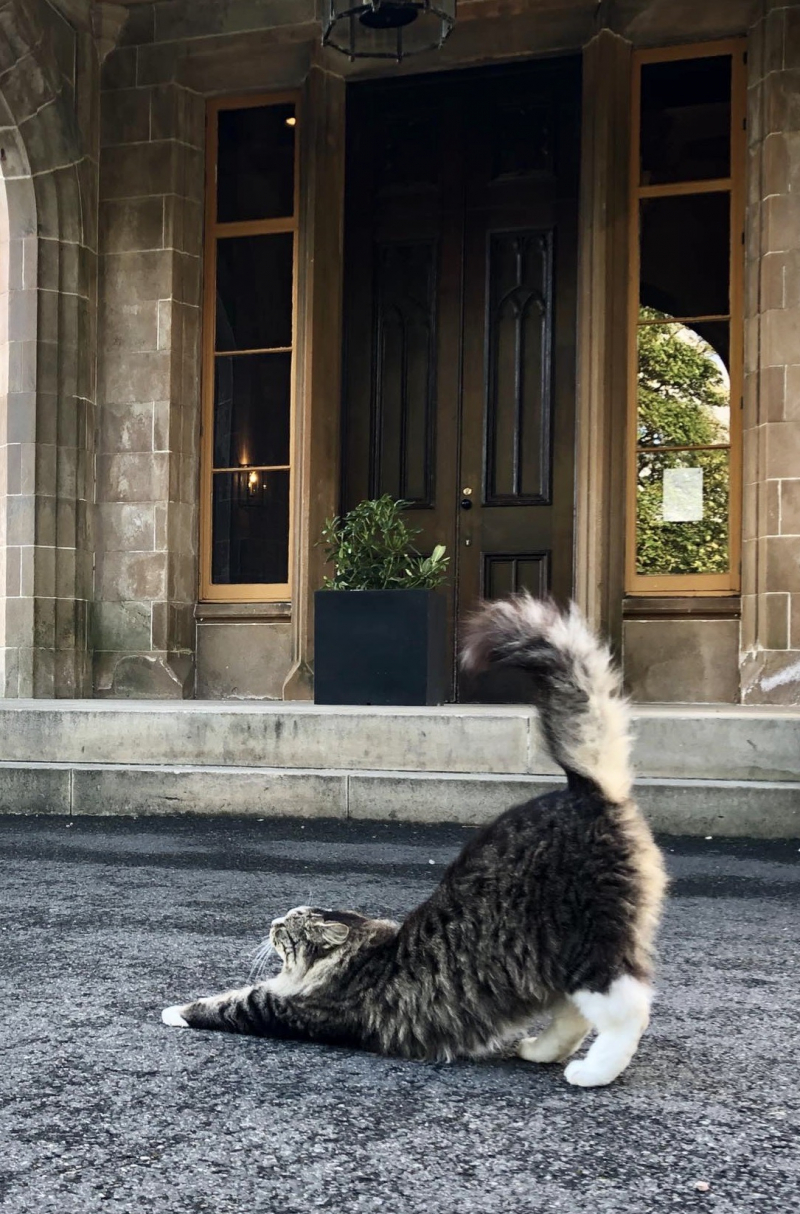 But she also took excursions to, and around, Lews Castle, Willowglen Garden Centre, Western Isles Hospital and on one occasion, her tracker revealed, even to Tesco.

In the memories of Stornoway folk, though, she’ll always be the Co-op cat, with a warm and whiskery welcome for shoppers.

One Co-op employee said: “Everyone seems to have a memory of Mittens because she was so friendly and loving. My favourite memory will always be the beginning of lockdown. She would spend lunch with me in the car when I would be on shift.

“I'll laugh every time I think of her darting off up an aisle to get away from someone trying to put her out. Thank you, Mittens, for being our friend and making us smile so often. We'll all miss you, our beloved Co-op cat.”

The pictures show Mittens at her main place of work at the Co-op Macaulay Road, at Lews Castle and at Willowglen, and are taken by some of her many friends.