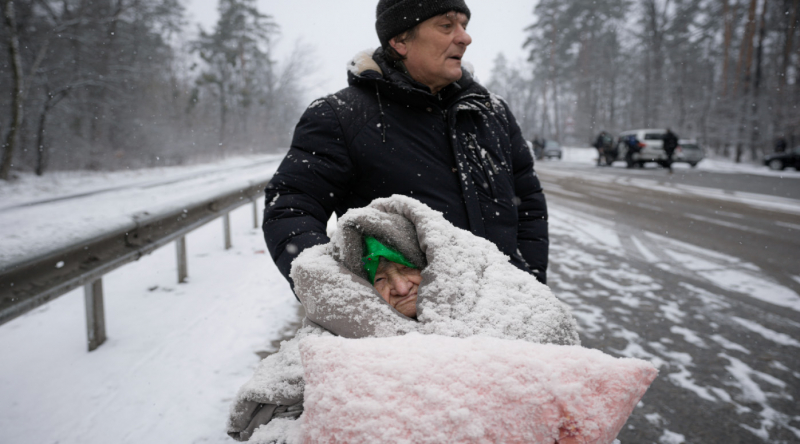 An appeal has been launched today (Tuesday 22 November) to help fill a truck with generators to keep the people of Ukraine warm this winter.

The Scottish Emergency Rescue Association (SERA) is planning to take a truck full of generators over to Ukraine in early December and Stornoway SERA – who co-ordinate emergency vehicles and training for firefighters in Eastern Europe – is to act as the local collection point for donations.

Within hours of launching the appeal, SERA reported that they had received the first three donated generators and urged others to start making their donations as quickly as possible.

The appeal comes the day after Dr Hans Henri P. Kluge, World Health Organization regional director for Europe, warned of a ‘life-threatening’ winter for millions of people in Ukraine.

He said in Kyiv yesterday (Monday): “The country is facing a therma-crisis on top of a perma-crisis brought on by the war and the pandemic.

“Half of Ukraine’s energy infrastructure is either damaged or destroyed. This is already having knock-on effects on the health system and on people’s health.

“Put simply, this winter will be about survival.

“Today, 10 million people – a quarter of the population – are without power. Cold weather can kill. Temperatures are predicted to plummet as low as -20˚C in parts of the country.

“As desperate families try to stay warm, many will be forced to turn to alternative heating methods, like burning charcoal or wood… we expect 2–3 million more people to leave their homes in search of warmth and safety.”

In response to the crisis SERA has launched an appeal for donated generators to help families and institutions that have had their infrastructure damaged, and for financial donations to buy small generators locally.

Ian Murray of Stornoway SERA said: “There is an urgent need for generators in Ukraine to help families, individuals and institutions. We would greatly appreciate donations of generators from Lewis, Harris, Uist and Barra.

“The appeal is nationwide and our SERA members in Shetland and Highlands as well as the central belt will be seeking help with the appeal."

Charlie Nicolson of Stornoway SERA said: "People in Ukraine needs your support now, as the weather is changing there and will get worse with snow coming. Over the next months temperatures drop down to -25.

“Though we have challenges in our country at present, it is nowhere like heart-breaking situation in the villages and cities of Ukraine.

“We in the islands have big hearts when it comes to helping different projects, both in our own community and in other areas of the world. Any support will be gratefully received by SERA."

Generators can be dropped off at Charlie’s garage at 20 James Street Stornoway and you can also donate to SERA either locally or via https://www.sera.scot

SERA hope to have their lorry travel over with the generators donated in early December.