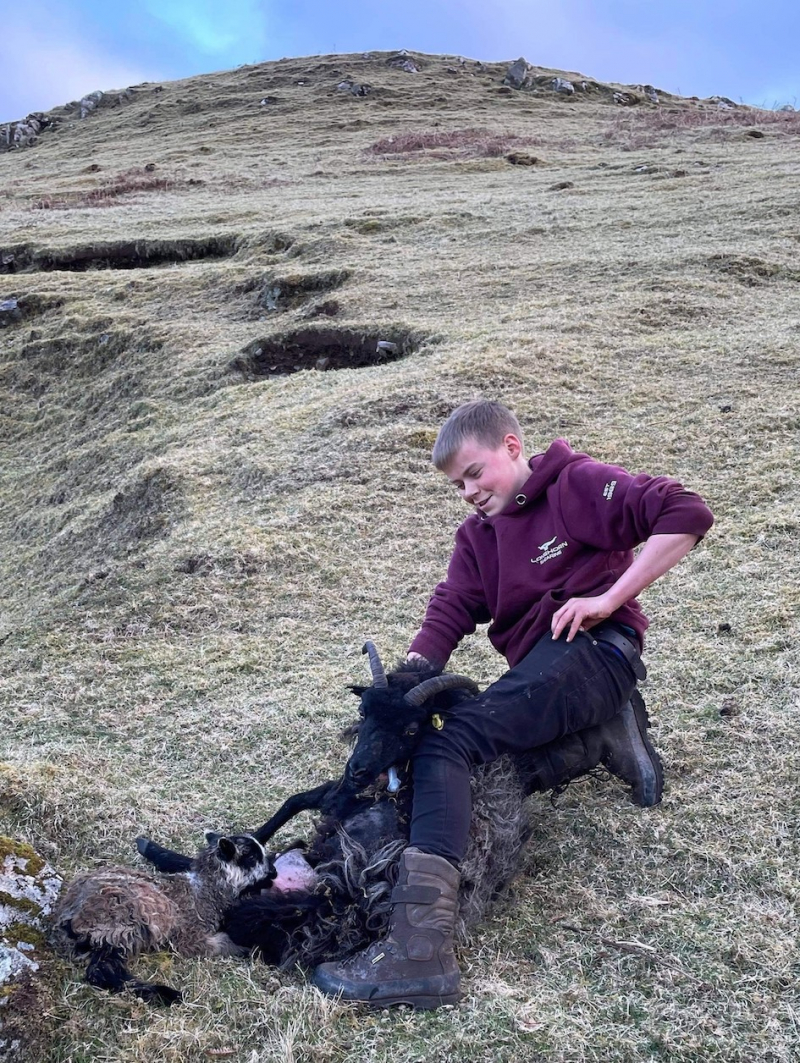 Struan Macdonald, a young crofter from Assynt, has won the Scottish Crofting Federation’s prestigious Young Crofter Award, presented at the SCF Gathering by Jon Strickland, chair of The MacRobert Trust.

Struan, who crofts sheep, pigs and goats in Achmelvich, Sutherland, has been chosen as SCF Young Crofter. Judges representing Scottish Crofting Federation (SCF), The MacRobert Trust and the Crofting Commission made their choice from exceptionally worthy submissions.

Donald MacKinnon, chair of the SCF, said, “We got an extremely high calibre of entrants for this round of the SCF Young Crofter Award, which is generously supported by The MacRobert Trust. It is an inspiration to see young folk doing such a very wide variety of activities on their crofts and they all fully deserve to be recognised for their efforts and enterprises. The judges certainly found what they were looking for – inspiration, enterprise, commitment and community involvement - in abundance. From the wide range of nominations, all very worthy ambassadors for crofting, we selected Struan for his exceptional commitment and enthusiasm.”

Chris Hockley, CEO of The MacRobert Trust, said, “Crofters are the very backbone of our agricultural heritage and The MacRobert Trust continues to be particularly pleased to support the Young Crofter award. The Trust's own heritage is inextricably linked with agriculture, as well as supporting those whose dedication, ingenuity and determination to succeed, lead them to extraordinary achievements; all the finalists for this award epitomise these aspects and the MacRobert Trust is delighted to be associated with them.”

Crofting Commissioner, Mairi MacKenzie, said, “It is extremely encouraging that there is so much enthusiasm, energy and innovation from the young crofters who were nominated for this award. The Crofting Commission acknowledge the huge contribution young crofting folk make to the sustainability of local communities, local food networks and population retention, especially in remote areas of the crofting counties.”

On being awarded the prize at the SCF Gathering Fort William, Struan said, “I feel very honoured to get this and hope its an inspiration to other young crofters. I am not sure what got me in to crofting, I just started helping the older crofters about here and it went from there. I aim to increase my livestock, get some cows and to sell my meat locally.”

Chris Hockley added, “I know the competition was tight but I am particularly delighted that Struan has won the award – he has such energy and determination and achieved so much in his short time in crofting – a truly worthy winner; many, many congratulations."