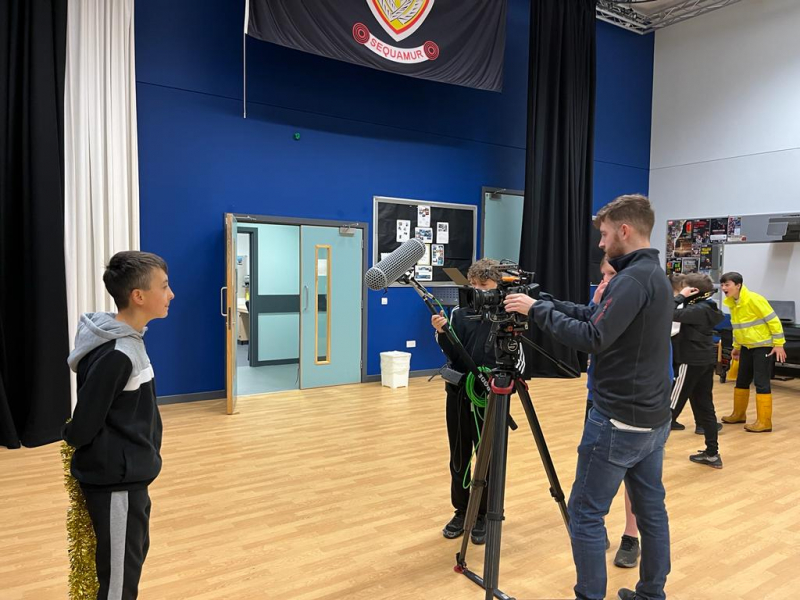 With less than a month to go until the entry deadline for FilmG, the Scottish media sector has been running workshops in places like Stornoway and Portree to support aspiring filmmakers to create their own Gaelic short films.

Since this year’s competition kicked off in September, workshops have also taken place in Inverness, Gairloch, Ullapool, Oban, Dingwall, Dunoon, and Aberdeen with dozens more planned across Scotland in the coming weeks.

During the two-day workshops, tutors work on the intricacies of good storytelling and technical work, as well as the importance of effective editing to bring the young creatives’ stories to life. 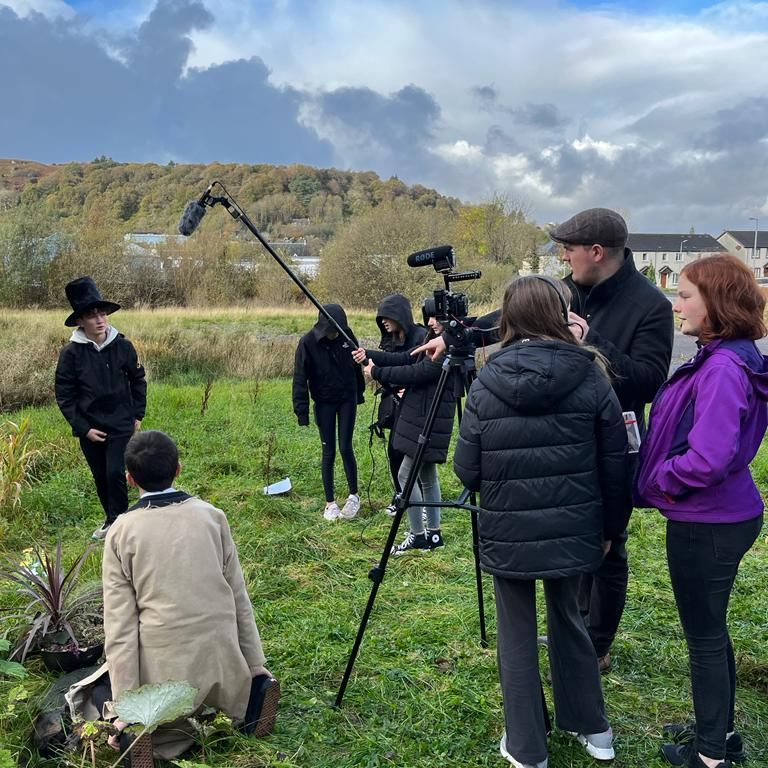 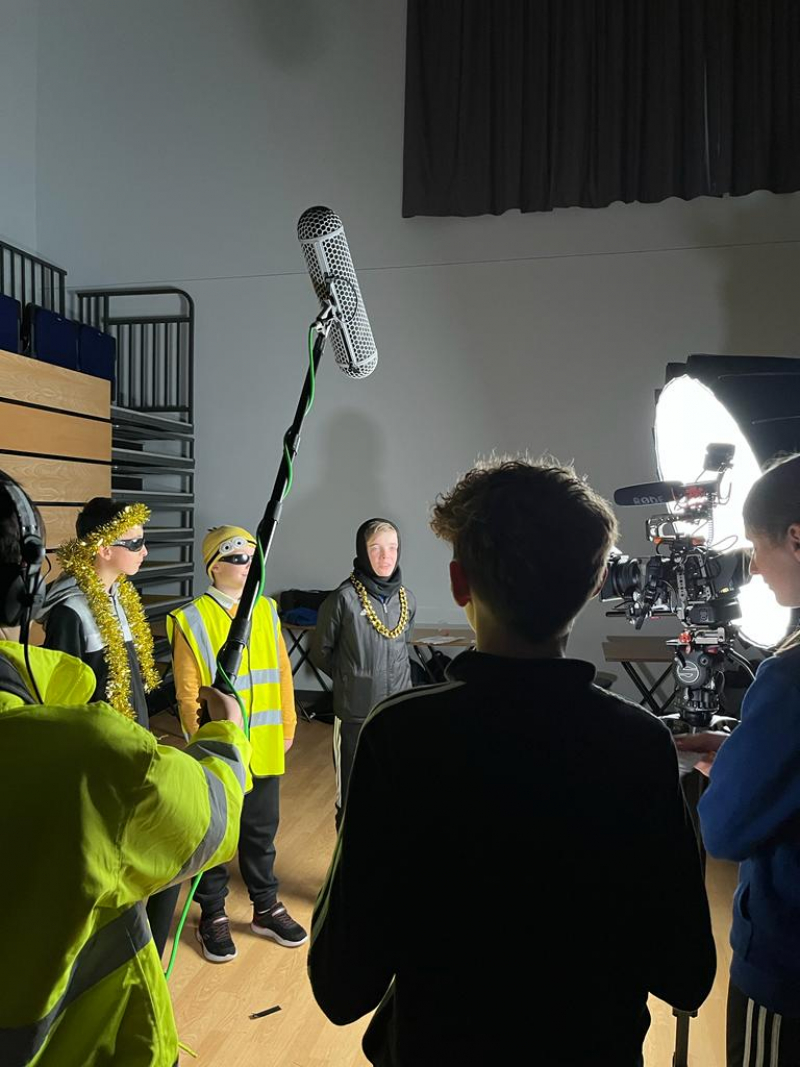 One saw the children stealing yellow items from around the school, while the other hosted their very own version of Britain’s Got Talent.

The FilmG team were delighted to hear that a third group were working on a film independently, working to highlight the good work of a local charity.

In Gairloch, this year’s workshops kicked off at Gairloch High School, where students created two films, one depicting how their village has changed over the years and the other a drama about premonitions of the future, with support from BBC ALBA filmmaker Dòl Eòin MacKinnon and FilmG’s Megan Dale.

In Dingwall, pupils at Dingwall Primary School worked with FilmG’s Megan Dale on a film about a boy who joins a school with no Gaelic and then magically develops the ability to speak the language after growing a plant using magic seeds.

In Oban, Oban High School students worked with Bannan actor Iain Beggs and FilmG’s own Megan Dale with a Halloween-inspired film all about a cult obsessed with the colour yellow.

In Dunoon, BBC ALBA actor Daibhidh Walker and FilmG’s Megan Dale worked with World School of the Year, Dunoon Grammar School, to create two dramatic films – one inspired by the film ‘Happy Gilmore’ and the other filmed in Dunoon’s very own police station!

In Glasgow, Bannan actors Dòl Eòin MacKinnon and Daibhidh Walker worked together to help the pupils script and film their own idea.

In East Kilbride, BBC ALBA actor Daibhidh Walker worked with a group of seven pupils at Calderglen High School. Their film used this year’s theme of yellow in an imaginative way through storytelling.

FilmG Project Manager Murdo MacSween said: “We’re still receiving requests to support even more entries and, even with less than a month to go, we’d love to hear from any other schools, groups or independent filmmakers who want to have a go!”

The FilmG competition is aimed at both those under 18 (Youth) and those over 18 (Open), with 17 distinct categories in total, and this year filmmakers will be celebrated for their originality, creativity and for taking initiative.

There are new and revamped categories this year, including the new Rising Star (Youth) and Industry (Open) awards, aimed at finding the next big thing in media, and there are the Production Design (Youth) and Creativity (Open) awards which could reward those who make films that follow the theme of Yellow (Buidhe).

The rules are published on the FilmG website, but it is simple – create a Gaelic film, keep the duration under five minutes and get it in before the deadline (9 December 2022).

To see the complete list of categories and to enter FilmG, visit www.filmg.co.uk or contact the team at Astar Media via This email address is being protected from spambots. You need JavaScript enabled to view it..