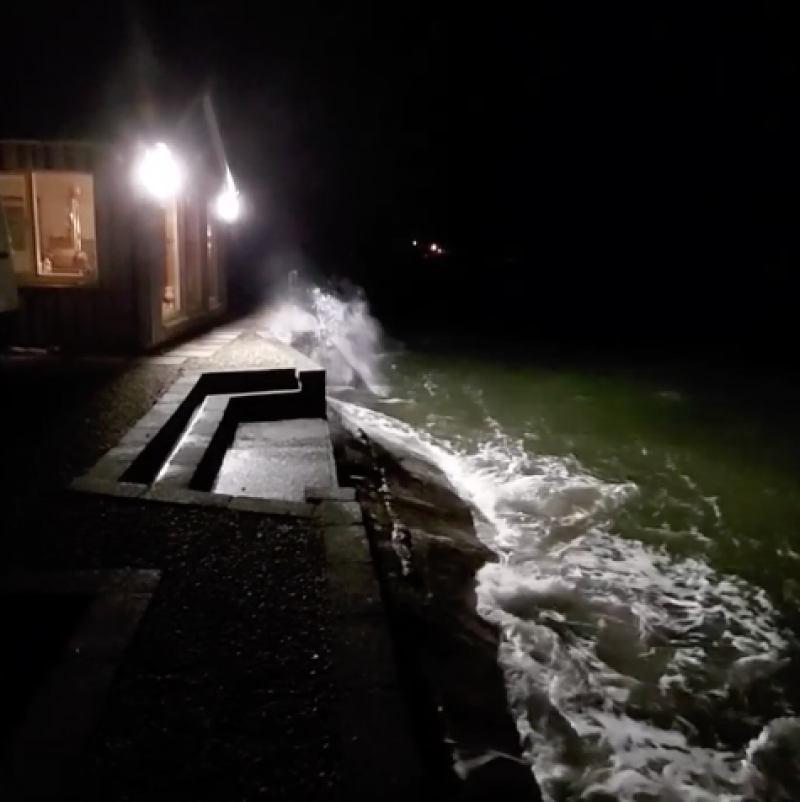 A SEPA flood alert for coastal flooding has now been lifted, after a day of red flood warnings for the Baleshare, North Ford and Berneray causeways, for Stornoway town centre and for low-lying land around Ardmore and Loch Carnan.

Coastguards were on standby at the Braighe outside Stornoway yesterday evening as high tide approached, but it was the Baleshare causeway in North Uist that caused most local concern, with drivers reporting waves ‘crashing over the road’ in darkness.

The weather looks set to dominate schedules through the weekend, especially in Uist and Barra where southerly gales will continue through to Sunday.

On the ferries, Castlebay to Oban sailings are cancelled for the day, with an update on Saturday’s sailings due at 4pm today. CalMac has already said that livestock will not be carried on Sunday’s sailing.

Early sailings on the Sound of Barra were cancelled and remain subject to disruption, though expected to resume with the 11.10am from Ardmhor, and an amended timetable is running on the Uig triangle route, with warnings of further disruption through the weekend.

The Sound of Harris service is also disrupted due to strong winds, but CalMac says an improvement in the weather means some services will run.

The Loch Seaforth left Stornoway at 8.22am today and will attempt to catch up time through the day, after delays to the overnight freight service.

Yesterday (Thursday) the ferry’s bow thruster was reportedly blocked by a piece of timber, with divers deployed in Stornoway harbour to extricate the debris and check for any damage.

Elsewhere, Lewis and Harris Youth Football Association have moved this Saturday’s 13s festival indoors to Back Football and Recreation Club, in response to the forecast. It means the 12 teams will now play 7-a-side instead of nine.

The picture shows last night’s high tide washing up to the walls of the Coralbox gift shop in Berneray (Eilidh Carr).