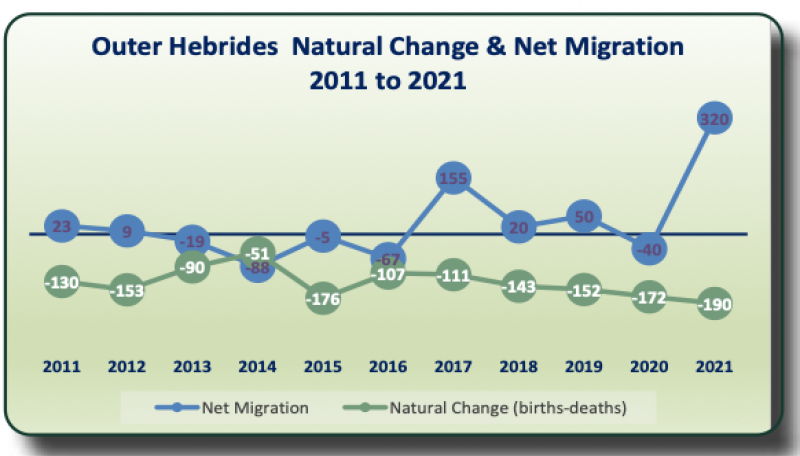 A wealth of facts and figures about the Western Isles population has been released in the latest socio-economic update produced by Comhairle nan Eilean Siar - and contrary to gloomy predictions being used as the basis for current policy, overall population has gone up.

However, the population continues to age, with far more older people overall than other regions.

The data is included in the Comhairle’s Socio-Economic Update no 45 (available here https://www.cne-siar.gov.uk/media/20277/socio-economic-update-45.pdf),  released in October and covering the period from mid-2020 to mid-2021.

It shows that, while natural population change (births balanced against deaths) continues to show a downward trend in the population, the bet effect of migration in against migration out of the islands actually creates an increase in the population.

Researchers believe ‘the Covid effect’ may have contributed to the island changes, with national trends showing that Covid impacts include people being more likely to make long-term moves from cities to rural areas, as well as students moving home to their parents’ address and people wanting to check that their GP had details of their correct address, to ensure that they get their COVID-19 jags. 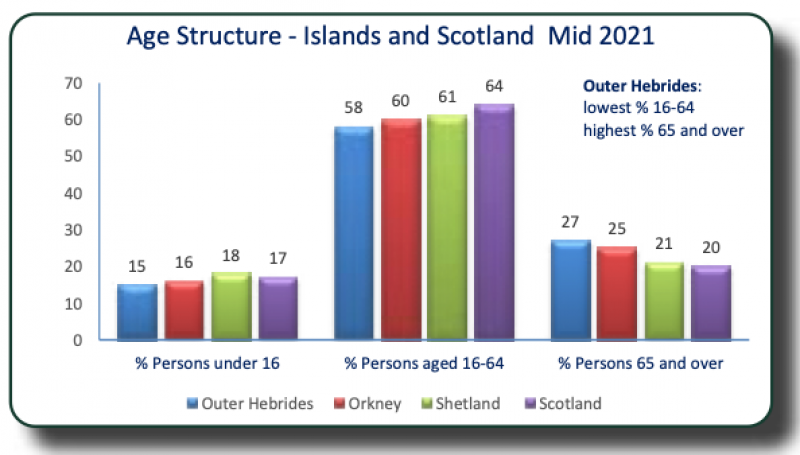 But net migration – the balance between people leaving the island and people moving to the island – added 320 to the population.

There are also less people of working age in the population, at 58% by comparison to the Scottish national average of 64%. 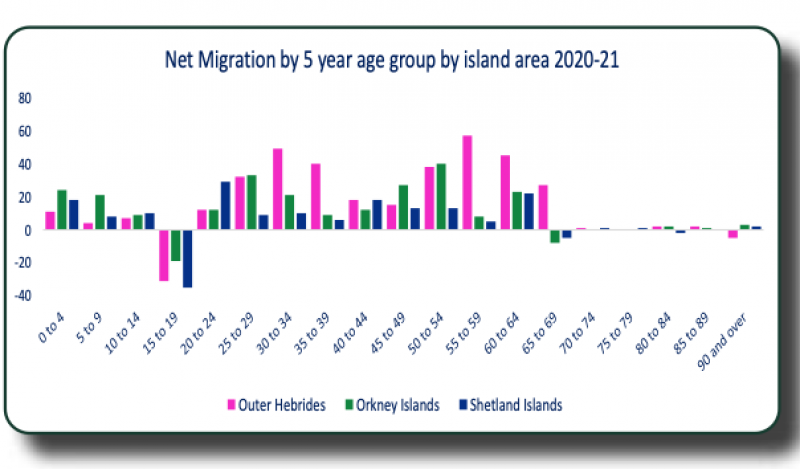 And there are big geographical differences in movement and in age profile within the islands. Geographically, National Records of Scotland divide the islands into 36 ‘data-zones’ and, of these, only seven have seen a net increase in population since 2011.

The biggest increase in population has been in the Stornoway suburbs between Melbost and the Braighe, where the population has increased by 22%. Increases have also been seen in Barra, Benbecula, North Lochs and Newmarket.

But there have been noticeable decreases in Newton to Plasterfield (12.1%), Eriskay to South Boisdale (11.1%), Galson to Swainbost (10.3%) and Goathill (10.2%). Smaller decreases affect 25 other datazones, including in Stornoway, Point, Lochs, the Westside and Harris.

One positive trend highlighted in the report is in the reduced number of 15-19-year-olds leaving the islands during the 2020-21 year, across the Western Isles, Orkney and Shetland.

The report, authored by CnES research officer Kathleen Shirkie, says: “It is important for the Outer Hebrides to increase its population. However, the balance of age groups within the population is critical.

“Along with Scotland as a whole, the Outer Hebrides is ageing and has one of the highest elderly populations.

The charts were produced by Comhairle nan Eilean Siar.