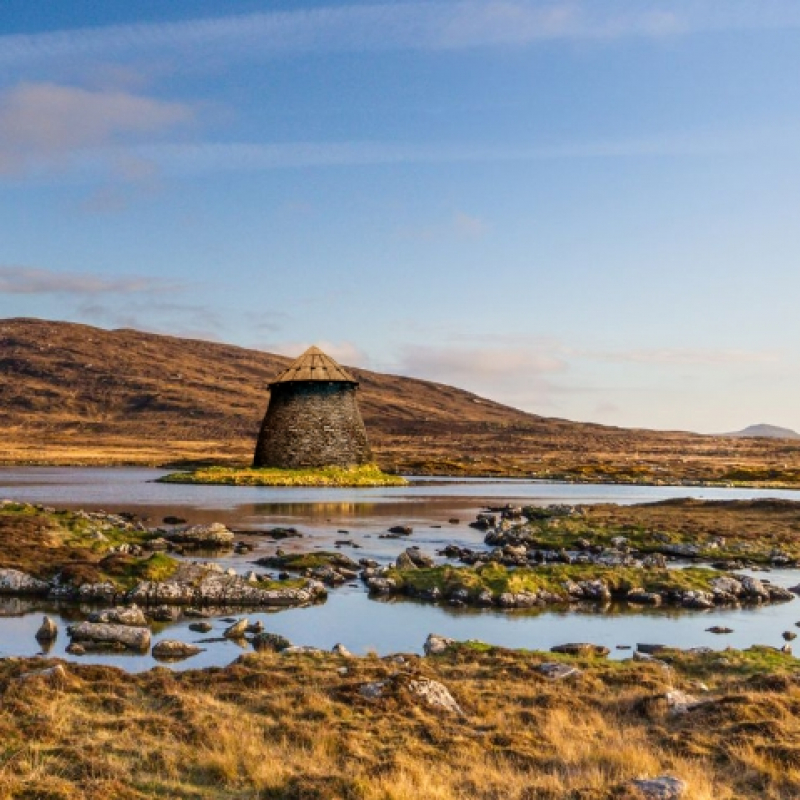 Award-winning archaeology app Uist Unearthed has announced that it will add another ancient landmark shortly.

Dùn an Sticir on North Uist is an Iron Age broch that once stood tall in the waters of Loch an Sticir.

Over a millennia later, at the height of the Lordship of the Isles in the 14th century, a grand hall was built into the collapsed ruins of the broch.

Today, Dùn an Sticir is best known for its links to the infamous exploits of Ùisdean mac Ghilleasbaig Chlèirich (Hugh MacDonald), who made the hall his home in the 16th century.

Uist Unearthed, launched in July 2021, is an augmented reality app for the virtual archaeological exploration of 4000 years of Uist’s rich heritage.

Since its launch, the app has been roundly applauded. Last November, it swept the board at the Archaeological Achievement Awards coordinated by the Council for British Archaeology (CBA).

The app also picked up two major awards for archaeological innovation and public dissemination or presentation.

The wins topped off a whirlwind of activity for UHI researchers Dr Rebecca Rennell and Dr Emily Gal, who have been showcasing their project with exhibitions in the islands and demonstrations in venues including the Scottish Parliament building at Holyrood and the National Museum of Scotland.

They had worked with the digital design team Peel Interactive to create an app blending 3D augmented reality reconstructions, text, animations and audio to provide information on seven archaeological sites between Uist and Benbecula.

The first site featured was the Bronze Age roundhouse complex and mummified remains at Cladh Hallan, South Uist, which dates to around 1500 BC.

Reconstructions allow visitors to explore these sites, peel back layers and gain valuable interpretive insight that has never been possible before.