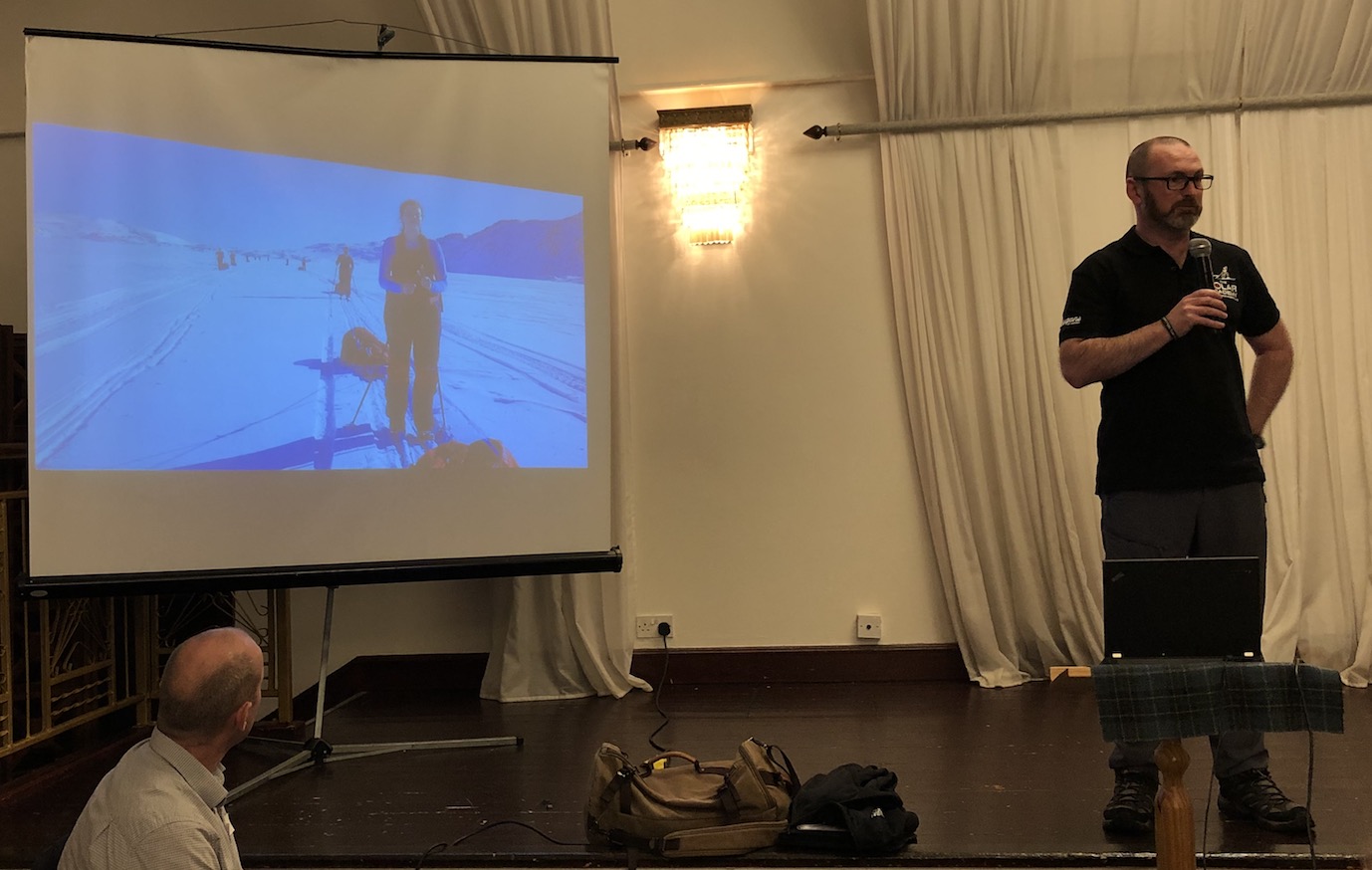 Those attending the annual partnership event held at the Cabarfeidh Hotel yesterday (Thursday November 15th) were treated to an inspiring address from Craig Mathieson, of the Polar Academy in Bo’ness, West Lothian.

The Polar Academy identifies those who Craig calls ‘invisible’ 14-17-year-old secondary school children, crushed by a lack of self-esteem.  He says those chosen all have great dreams and ambitions but a deep sense that they will never achieve them.  He aims to give them the chance to redefine their physical and mental limits.

Participants are put through a rigorous ten-month training programme before being immersed in the wilds of Greenland, navigating through some of the world’s remotest terrain for ten days.  Their confidence soars with every step, Craig explained.

On their return to Scotland, each pupil shares their experiences with their peer groups, speaking to more than 20,000 school children in their region.

“They are living, breathing proof that dreams are attainable and that ordinary pupils can achieve the truly extraordinary,” he says.

The Partnership Event brings together a really wide range of local organisations associated with the work of Comhairle nan Eilean Siar’s education and children’s services department. It creates an annual chance for great range of agencies and organisations to get together and to share and pool experiences.

Craig deployed example after example of youngsters in the 14-17 age groups whose lives and the lives of their parents or carers had simply become mired in doubts and lack of self-belief.  In some cases, as victims of bullying, the young people had been unable to leave their bedrooms after returning home each evening.  But the programme turned their lives inside out.

One couple were so inspired by the – to them – unexpected success of their son that they moved from Scotland to New Zealand, following their own dream, took up new jobs – including starting a new business – and launched completely new lives.  Another boy – expecting nothing from life on the verge of leaving school at 16 was so inspired and driven by his experience with the Polar Academy he ended up with a first-class honours degree.  Another is now a leadership lecturer to businessmen.

Only 10 go each year on the expeditions – and almost a year of rigorous training is needed.  Craig emphasised he is an explorer, not a risk-taker. Every step is meticulously planned and backed up with the best training and equipment.  But what the youngsters are asked to accomplish is far beyond their wildest expectations. And they all do it successfully.

Craig explained at the end of the talk that he is hoping to create an expedition with youngsters from the Outer Hebrides.