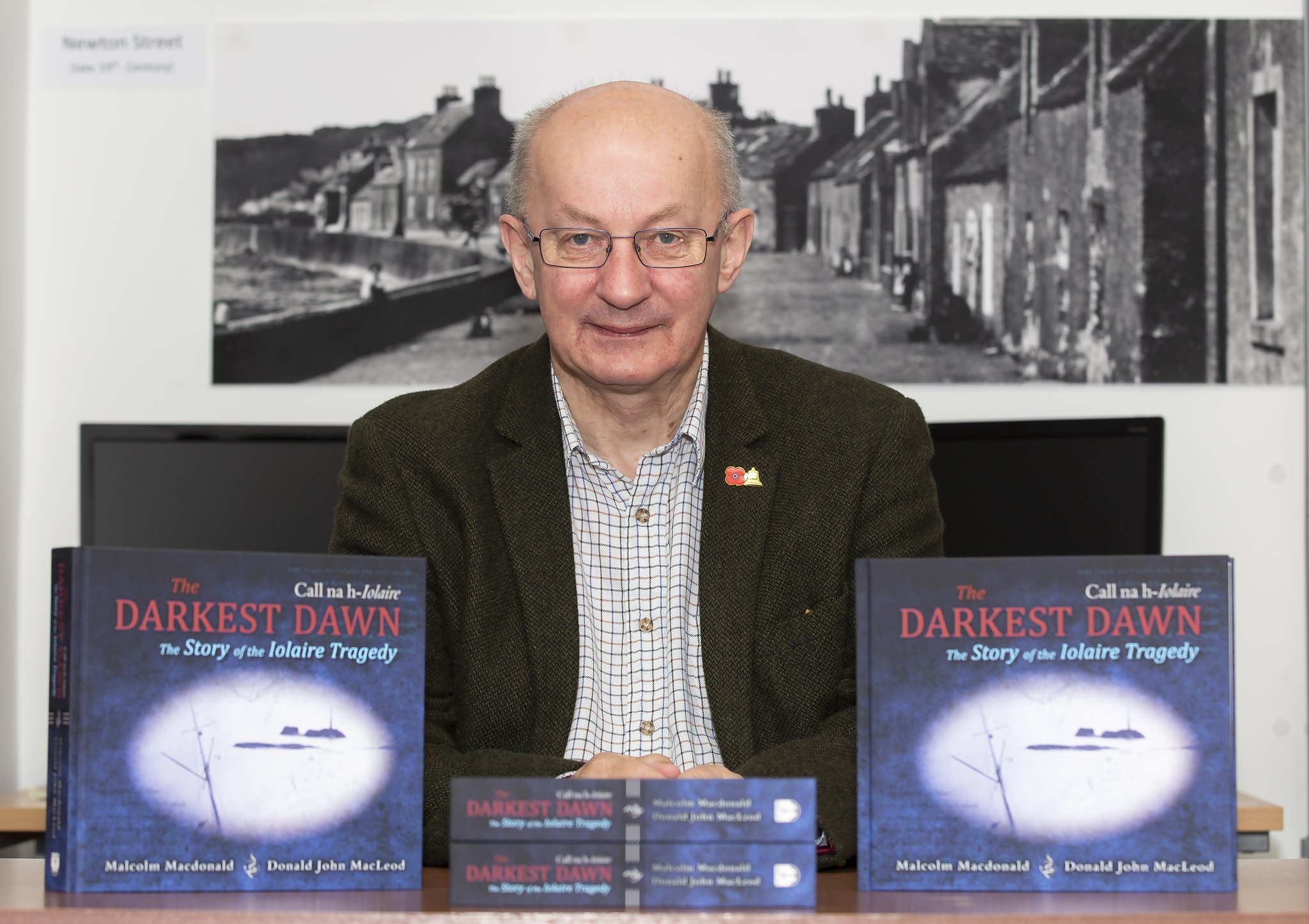 Demand for the latest and most comprehensive book on the Iolaire tragedy is so high that another reprint is being planned.

And 'The Darkest Dawn' author Malcolm Macdonald will be doing a book signing event in Point at 3pm tomorrow (Monday December 17).

The event is being run by the cafe together with Point and Sandwick Trust, which had sponsored the publication of The Darkest Dawn with a £10,000 donation to Acair Books to cover the extra costs of publishing such a high-quality hardback.

The Darkest Dawn, written by Malcolm and the late Donald John Macleod, has been in such high demand that Acair had to do a second print run a couple of weeks after the book launch on November 1 – and are now looking at a third print run in January.

Malcolm has been inundated with requests for interviews and personal appearances since the book came out and Donald John MacSween, General Manager of Point and Sandwick Trust, is therefore delighted he has been able to find time to come to Point for the signing event.

Donald John said there were a few copies of the book still available in the Buth an Rubha shop – but anyone who already has a copy can also bring it in to have it signed by Malcolm.

“I asked him down and he was very happy to do so despite being in such high demand since the book was published. The first consignment in the Buth an Rubha shop sold out very quickly.

`'Now that more copies have arrived there is an opportunity for people to have their copies signed and have a tea or coffee and cake in the cafe.

“People who bought their copies previously are welcome to bring the book back in to be signed.”

The community wind farm charity has been involved in a number of Iolaire-related events this year, including the Sandwick Hall Exhibition, the new Iolaire memorial sculpture and the tree planting at the Lewis War Memorial.

Looking forward to the signing, Malcolm said he was glad to see the book was “going down well in Point” – and he admitted being “quite astounded” by the public reaction to it.

“It’s sold more than we anticipated already and it’s been well received on the mainland as well. Radio New Zealand were even doing an interview, and The Guardian and the Press and Journal have been in touch – all the main papers are now getting a hold of the story. It’s quite incredible.

“I’ve got speaking engagements on the mainland from January up to August. Everybody has been saying to me down town, ‘you must be delighted the book is out of the way… you can relax and get back to normal life’ but it’s going the other way.

“I’ve had more than 100 emails since Thursday and nearly all of them are Iolaire-related.”

As for signing copies, Malcolm said: “I’m getting used to it. I just wish my name was Peter May or something shorter!”

Point and Sandwick Trust’s contribution towards The Darkest Dawn is part of its aim to boost ‘cultural wellbeing’ by investing in a variety of good causes in the community.

Another example of this type of support is the £5,000 which PST gives every year to the Donald Macleod Memorial Competition, in order to keep the prestigious piping competition in Stornoway.

Point and Sandwick Trust also invests in projects that help build social, educational and environmental wellbeing and has invested more than £1million in good causes with the profits from its Beinn Ghrideag wind farm since the turbines began generating power in late 2015.

Picture of Malcolm Macdonald by Sandie Maciver of SandiePhotos