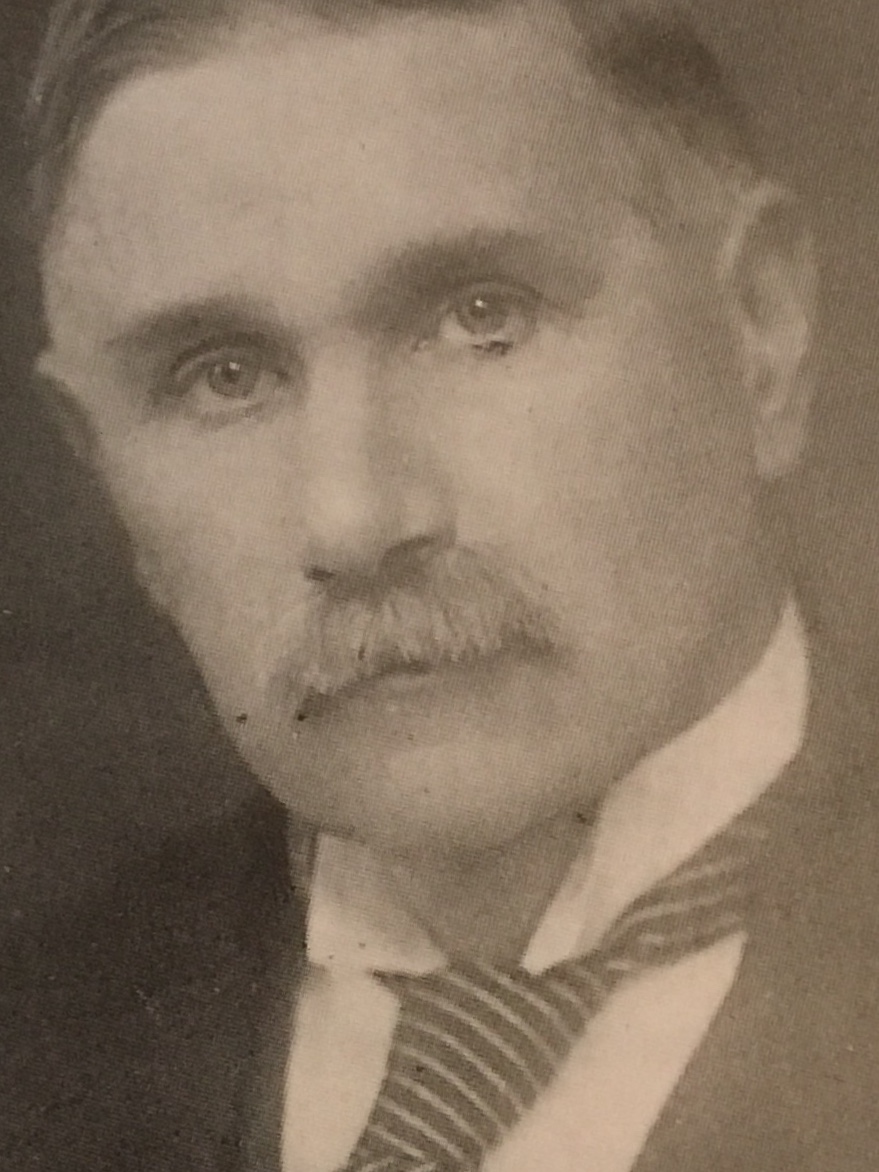 On December 28th 1918, the new Parliamentary constituency of the Western Isles returned its first Member of Parliament.

The past year has provided a steady flow of centenary commemorations, all related to the closing stages of the First World War and, in the case of Lewis and Harris, its terrible immediate aftermath.

Less attention has been paid to events which were unfolding at home, far removed from theatres of war.

Yet 1918 was momentous in the history of the island due to a fusion of extraordinary factors.

The struggle for land, which had largely gone into abeyance during the war years, was reasserting itself as the dominant issue requiring urgent redress. Early in 1918, a maverick element was introduced to the mix with news that “Messrs Lever Brothers of Port Sunlight, Cheshire” had purchased the Lewis properties of Major Duncan Matheson.

The Highland News noted: “The Island has been conspicuous during the past half-century in the history of Highland agitation, crofters and squatters vigorously opposing the established system of land tenure in the Hebrides. What effect the possession of the Island by Messrs Lever will have upon its future it would be difficult to determine, but doubtless new industries will be developed and we may look for a bright day in the future”.

Matheson’s obstructions had prevented the break-up of farms into crofts prior to 1914 and for many in Lewis, including those who had been away fighting the war, this was a matter of unfinished business, to be resolved at the earliest opportunity. It quickly started to emerge that Lord Leverhulme saw the matter very differently.

Amidst all the speculation these circumstances gave rise to, there was a unique political focus created by three factors – expectation of an early General Election, extension of the franchise to include all men over 21 and women over 30 and, critically, the formation of a new Western Isles constituency.

Prior to the Reform Act of 1918, the Western Isles was divided along local government lines for Parliamentary purposes – Lewis was in Ross and Cromarty constituency while the islands from Harris south were in Inverness-shire. Now there would be a single MP representing the islands from the Butt to Barra. Curiously, it took more than half a century for a parallel reform of local government and the creation of what is now Comhairle nan Eilean Siar.

Even before the Act brought the new constituency into being, vigorous campaigning had begun. It was centred around the person of Dr Donald Murray who was the Medical Officer of Health for Lewis and the Burgh of Stornoway. He was highly respected as a crusader for improved housing and medical care to tackle the terrible conditions which prevailed and the resultant scourge of tuberculosis.

Dr Murray came from a comfortable background – his father was a sawyer in Newton and his mother the daughter of a former Procurator Fiscal - and had studied at Glasgow University where he was President of the Liberal Club and a noted debater. His first role as a GP was in Sutherland where he was invited to stand as a Parliamentary candidate. So his political interests were well established even before his return to Lewis in the mid-1890s.

He became a partner in a Stornoway general practice before, in 1910, taking on the public role of Medical Officer. Dr Murray’s evidence to the Dewar Committee in 1912 contributed heavily to its momentous conclusion: “That such a condition of affairs as we found in Lewis should exist within twenty-four hours of Westminster is scarcely credible. Nor is it creditable from a national standpoint.”

From early 1918, at large meetings around Lewis, Dr Murray’s candidature was promoted and endorsed. A typical report reflected a meeting held in Fidigary School when Rev D. Macarthur, UF Church, Leurbost, presided and declared that formation of the new constituency created the opportunity of “pressing forward for solutions to questions that had long been under discussion in these islands”.

Rev Mr Macarthur summed up the case for Dr Murray: “In his opinion, it was essential that they should have a local candidate, who had a full knowledge of local social conditions and requirements, and he considered that they could not do better than follow the lead given them at Barvas, and take steps to secure the nomination of Dr Murray as their representative (applause)”.

Until late in the year, there was little public evidence of a contrary point of view. However, the complexities of both local and national politics began to intervene. In other circumstances, Dr Murray would have been able to rely on the “land reform” vote. However, it became clear that this would be contested as the Highland Land League sought to make its presence felt in the new constituency.

The Land League had virtually swept the Highlands and Islands in the 1880s, leading to passage of the Crofting Acts. Gradually thereafter, its identity became submerged into wider Liberal politics. When the “second” Land League was formed in 1910 it was more closely identified with the emerging Labour Party and on that basis sought to gain a foothold in the Western Isles, as the war drew to a close.

A large public meeting in Stornoway gave the new Land Leaguers a dusty reception. However, they found more fertile ground in the rural areas. At a meeting in North Tolsta, the chairman, Donald Cameron, observed wryly: “So far as Stornoway was concerned, we all knew that the people there did not need to be enlightened on almost anything, but in the rural districts, things are different”. Branches were formed around the island.

On the national stage, the big story was the split within the Liberal Party. The war-time Prime Minister, Lloyd George, maintained his coalition with the Conservatives for the purposes of the coming election, in the hope of benefiting from the wave of patriotic support which greeted the end of the war. Liberals who endorsed him were given “coupons” so that it became known as the “coupon election”.

Lloyd George’s strategy demanded an early election, to exploit the prevailing mood. However, the rapidity with which the poll was called – for December 14th 1918 – meant that huge numbers displaced by war or still serving were effectively disenfranchised. In the Western Isles, this worked in favour of the older, more middle-class Stornoway electorate.

Another factor which made Dr Murray’s task more difficult was the divisive presence of Lord Leverhulme. The leading lights of Stornoway society had rolled out the red carpet for him. The July 6th issue of the Highland News reported that “on Tuesday afternoon Lord Leverhulme was waited upon in the Masonic Hall by the members of all the various public bodies in the Island and presented with an address of welcome … on this his first visit as superior of the Island”.

In his response, Leverhulme extolled the virtues of a wage-based industrial society and left little room for even early doubt that crofting tenure did not feature in his plans. However loudly his audience applauded Leverhulme’s fantastical schemes, reactions elsewhere were more sceptical. Dr Murray found himself treading the fine line between championing land reform and not becoming an outright opponent of Leverhulme’s plans.

The other fine line was the one which divided the Liberals, locally as well as nationally. At his adoption meeting in Stornoway, Dr Murray was at pains to state his admiration of Lloyd George while maintaining loyalty to the rump Liberal Party, led by Herbert Asquith. When the candidate was questioned on these far-off matters, the chairman intervened to say: “All we want is to get Dr Murray into Parliament. We know he is a man of our own”.

Until late in the day, it seemed Dr Murray’s main opponent was to be an ex-Provost Anderson but, a few weeks before the election, he stood down in favour of a wealthy Lowlander, William Mitchell Cotts, who had made his money in South African mining. Cotts stood as the “Coalition and Lloyd George Candidate” with the overt backing of both Leverhulme and the Stornoway Gazette which had appointed itself chief cheer-leader for the new landlord.

At an eve of poll meeting for Dr Murray, according to Highland News, “Mr Angus MacLeod, contractor, described the appearance of Mr Cotts in the constituency as ‘like the Assyrian coming down like a wolf on the fold’ and predicted a similar lack of success. After a short and telling speech by Mr John Maciver, Tong, the audience sang ‘He’s a Jolly Good Fellow’ and a very enthusiastic meeting was terminated by the singing of the National Anthem”.

Only 43.6 per cent of those eligible to vote cast their ballots. There was then a two week delay to allow for postal votes to be counted. When the result was declared, it transpired that Dr Murray had prevailed but only by a narrow margin while the Land League candidate, Ex-Provost Hugh McCowan of Oban, had taken a significant ten per cent of the vote.

The first MP for the Western Isles, Dr Donald Murray, made his maiden speech in the House of Commons on March 10th, 1919. He spoke of the “long shadow of war” cast over his constituency and how the “sacrifices were crowned” by the loss of the Iolaire. Thereafter his eloquent and impassioned speech was devoted entirely to the land question and the need for urgent action.

The name of Leverhulme was not mentioned but Dr Murray’s assertion of crofting rights and advocacy of land reform could not have been clearer or less welcome to the ears of the landlord who was by then denouncing “the evil of crofting”.

The following year, Dr Murray told the House of Commons: “My own view all along has been that there is no reason why the development of small holdings and the development of Lord Leverhulme’s work should clash in any way and I have never been able to find any reasonable man who had been able to discover why they should necessarily clash”.

To Leverhulme and his supporters, such talk of co-existence was unwelcome and the removal of Dr Murray became one of their objectives. By the time of the next General Election of 1922, Leverhulme’s schemes had collapsed for reasons entirely unconnected to Lewis.

However, the bitter legacy of these divisions lived on and contributed to a reversal of the 1918 result. Sir William Mitchell Cotts – having been raised to the baronetcy by Lloyd George and standing as a National Liberal - prevailed over Dr Murray by 939 votes.

Dr Donald Murray - first MP for the Western Isles, champion of social reform and the crofting cause - died the following year at the age of 60 and was honoured with one of the largest funerals seen on Lewis.