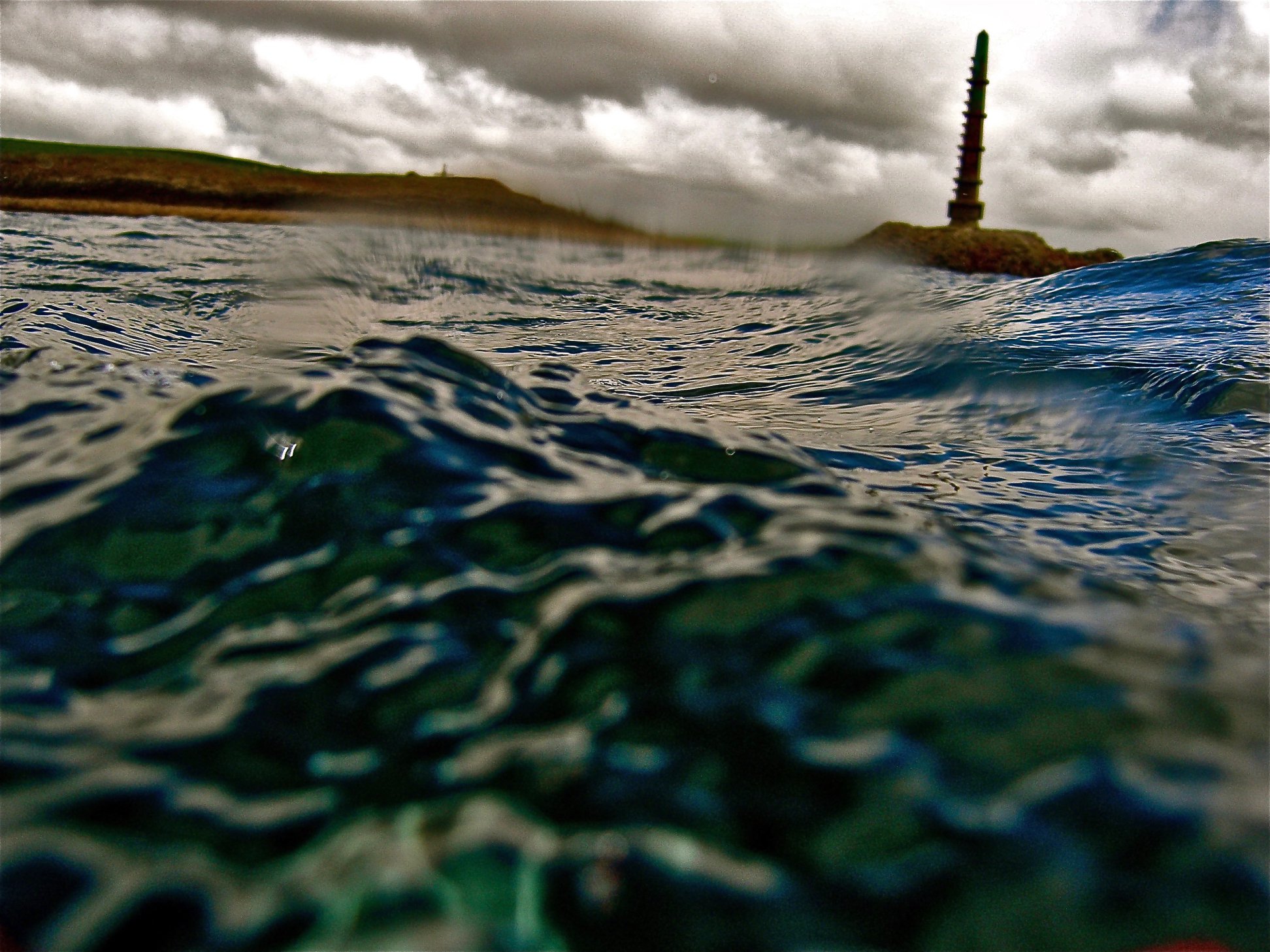 The centenary of the Iolaire tragedy is being commemorated with a series of exhibitions, musical compositions and memorial services.

Comunn Eachdraidh Nis Iolaire Exhibition is in the Cross Church of Scotland Hall.  The exhibition will feature a quilt, created by Emily Maclean especially for the event.  All are welcome to visit today (Friday 28 December) and tomorrow (Saturday 29) from 12pm until 6pm and on Tuesday 1 January from 12pm until 4pm.

In Stornoway, an art installation with a full-scale reproduction of the ship can be seen at low tide on South Beach.  Commissioned by the Stornoway Port Authority, also features information panels on the seawall.  Poetry, composed by Murdo Macfarlane, will accompany details about the disaster.

100 portraits of Iolaire sailors forms a powerful exhibition that illustrates the scale of the tragedy and the overwhelming loss of lives.   Margaret Ferguson's exhibition is being be held at An Lanntair and will run to 2 March 2019.

The faces of Iolaire victims from the Point and Sandwick area are to be projected at night on December 31 and January 1, as part of community wind farm charity Point and Sandwick Trust’s remembrance of the tragedy.  A video of around 40 portraits and photographs – supplied by Margaret Ferguson, whose exhibition of 100 Iolaire portraits opened today (Saturday, December 29) in An Lanntair, and Acair, publishers of The Darkest Dawn book on the tragedy – will be projected onto the side of the Old Knock School, where the Point and Sandwick Trust offices are located.

The idea for the projection of lost Iolaire sailors came from community wind farm developer Calum MacDonald and was executed by Tony Robson, Point and Sandwick Trust’s retained engineering consultant, and OnTime Computer Services in Stornoway.  Tony explained that he had used an LED projector, the type used for watching videos in the garden, bought from Amazon, and OnTime Computer Services had converted the selection of pictures and photographs and other relevant imagery into a video, so it could play on a continual loop.  Donald Macaskill of OnTime Computer Services, based on Rigs Road, said it was his son, Steven, who had created the video.

A torchlight procession led by the Lewis Pipe Band will walk from Stornoway Town Hall to Ionad Spòrs Leòdhais ahead of a sell-out event on Monday 31 December.  The procession will begin at 8:30pm, with 201 torches representing the men who lost their lives.

The event, entitled Call Na H-Iolaire: A Community Remembers, begins at 9:30pm at the Ionad Spòrs Leòdhais.   The programme, which includes prayer, psalms, music, Gaelic and English readings and a 15 piece Royal Marine Band, will be broadcast live on BBC Radio nan Gàidheal and will also be streamed live on the internet at www.iolaireonline.org.

The first event on Tuesday January 1st 2019 to make the centenary of the HMY Iolaire disaster takes place in Tarbert, at the War Memorial, with pipers in attendance. It is timed to start at 1.45am, just before the time at which the doomed yacht struck the rocks of the Beast of Holm.  http://www.welovetheisleofharris.com/index.php/12383-iolaire-1-45am-january-1-2019

In Carloway (http://www.welovethewestside.com/index.php/home/12384-iolaire-carloway-events) the day will be first marked by the ringing of a church bell at 2am.

The major memorial service held by the Scottish Commemoration Panel will take place at the Iolaire Memorial in Holm.  The event is set to take place on Tuesday 1 January at noon.  The service will be broadcast live on BBC Radio nan Gàidheal for those not in attendance.  The Holm road will be closed off to vehicles and pedestrians.  Buses will transport anyone wishing to attend and will leave from the Nicolson Institute bus park.  They will be available for boarding from 10am with the last bus leaving at 11am.  The public are reminded to allow time for a security check before boarding.  Restrictions to the Holm road will be lifted one hour after the service finishes.  Organisers have advised anyone wishing to attend to ensure they wear appropriate clothing and footwear, as those who attend the Holm service may be outside for upwards of one and half hours prior to the start of the service with no available shelter or seating.  Parking in the town centre for Tuesday 1 January will be free of parking and the public are advised to make use of parking at Sandwick Road and The Nicolson Institute car park.

The CalMac car park will be for exclusive use of those going to the service on board MV Loch Seaforth, which be will be involved in the event on the seaward side.

A special, Community Iolaire Commemoration Service will be held at 11am on Tuesday 1st January 2019 in Bernera Church of Scotland, Great Bernera.  At the conclusion of this service wreaths will be laid at Breacleit War Memorial, Great Bernera, Lewis. All are invited to come along.’

A remembrance event on the Westside will be held on Tuesday 1 January.  A New Year's Day Service and Iolaire Remembrance will take place from 12pm until 1pm at the Bragar meeting house.  From 1pm onwards, outdoor events will involve remembering those lost, two minutes of silence, wreath laying, a piping tribute and a piped procession to Grinneabhat.  Afterwards, there will be refreshments, songs, poems and psalm reading.

On Hogmanay the homes of the men from Uig to which they were returning on the Iolaire will be marked by lanterns lit at sunset.

The children of Sgoil Uig have created a poster for each man which will identify the man. The villages are: Aird, Crowlista, Brenish and Uigen. The lights will go out on January 2nd, the date in 1918  the news came to Uig of the losses.

The Uig War Memorial will be lit from Hogmanay until 4th January as a ship and will be visible from all directions as such.

On Wednesday at 2pm there is a Community Commemoration , to which all are invited. There will be a specially composed lament played on the pipes by Lorne MacLeod Cousin whose great uncle perished on the Iolaire. The children of Sgoil Uig will perform among others.

Rev Angus Morrison will dedicate three items  which have been donated for the community. The parents of Uig School are providing refreshments afterwards.

On Point, the Free Church and Church of Scotland congregations will hold a joint service on New Year's Day to commemorate the tragedy.  The service will be held at 11am in the Church of Scotland, Garrabost.  A wreath will be laid at the War Memorial at the end of the service.

There will be a special bilingual community Iolaire Commemoration service at The Church of Scotland, Uig at 3pm on 1 January, where a specially prepared and donated wall-hanging will be dedicated to the glory of God during the service, and wreaths laid at Timsgarry War Memorial afterwards.

A boat launch to the Beasts of Holm will commemorate the disaster on Wednesday 2 January.  The Western Isles St Ayles Skiffs Cuimhneachadh na H-Iolaire event will start with a 12pm launch at Cuddy Point.  It is estimated the skiffs will be at the Beasts of Holm by 2pm.

Descendants of 10 lost men of Uig will take part in a naming of names and lighting of candles ceremony.  This will form the centrepiece of a commemorative event in Uig Community Centre on Wednesday 2 January at 2pm.  Pupils from Sgoil Uig will present a play and song about the tragedy, while their artwork will be on display.  Joanne Stewart will sing the 23rd Psalm and Saffron Hanvidge will sing Oran a' Choghaidh Mor.  A pipe tune, Cumha nan Uigeach Oga (Lament for the Young Men of Uig) will be played by Lorne MacLeod Cousin, who lost his great-uncle John MacLeod in the disaster.  Everyone is welcome to attend the events to join with Uig in recognition of the devastation suffered by the community.

A play by Lewis writer and actor, Donald Smith, will focus on the theme of the tragedy.  Performed in the form of a rehearsed reading, the play has ben especially commissioned.  This event will take place on Friday 4 January at 8pm in An Lanntair.