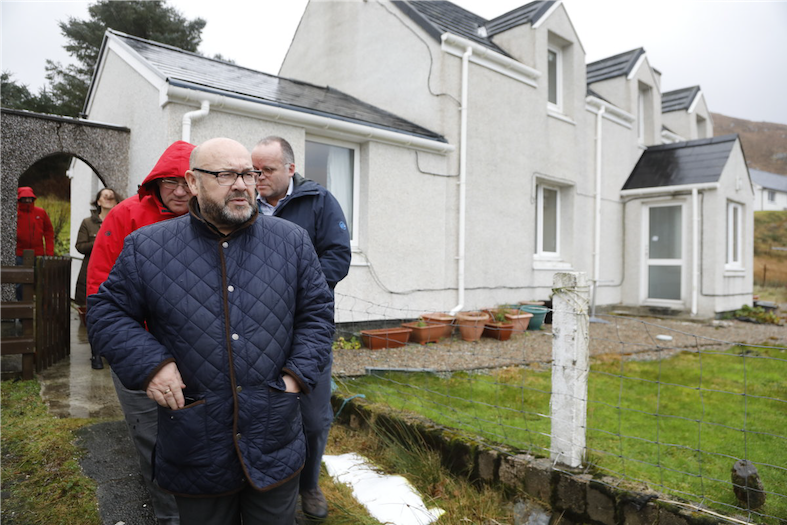 A Holyrood Committee has supported a Bill to reduce fuel poverty in Scotland. However, the Committee has called for additional measures to put an end to thousands of people lacking the means to keep their homes warm.

The Local Government and Communities Committee published a report on the Fuel Poverty (Target, Definition and Strategy) (Scotland) Bill today, following months of expert evidence and hearing first-hand from people across Scotland, including a visit to Stornoway where they took evidence from a focus group of ten people.

The Bill sets a target of no more than five per cent of households living in fuel poverty by 2040. The previous target, which aimed to eradicate fuel poverty in Scotland by 2016, was not met.

The Committee also heard concerns that the Bill may not reflect the reality of living in islands and remote areas, including much higher living and travel costs, after taking evidence from people in Stornoway. It urges the Scottish Government to ensure households in all parts of Scotland are fully taken into account in the Bill.

In the Western Isles, there are far higher rates of fuel poverty than most urban or suburban areas in Scotland, with up to 58% of households struggling to keep their homes warm.

Convener of the Scottish Parliament’s Local Government and Communities Committee, James Dornan MSP - who is pictured above during the visit to the Isle of Lewis,  said: “We know that Scotland is an energy-rich country, yet during our evidence we talked to people who faced the impossible decision of either feeding their families or heating their homes.

“The stark reality is that over a quarter of households in Scotland still face extreme difficulties heating their homes, and this can rise to well over double that in rural and island communities.

“The Committee welcomes the Fuel Poverty Bill’s core purpose, which could make a real difference to the life of thousands of Scottish families. However, the longer-term ambition should be the eradication of fuel poverty.

“We have outlined a number of ways to improve the Fuel Poverty Bill to ensure that Scotland can better tackle fuel poverty issues, so that no one has to struggle in cold, draughty and sometimes unliveable homes in the future.”