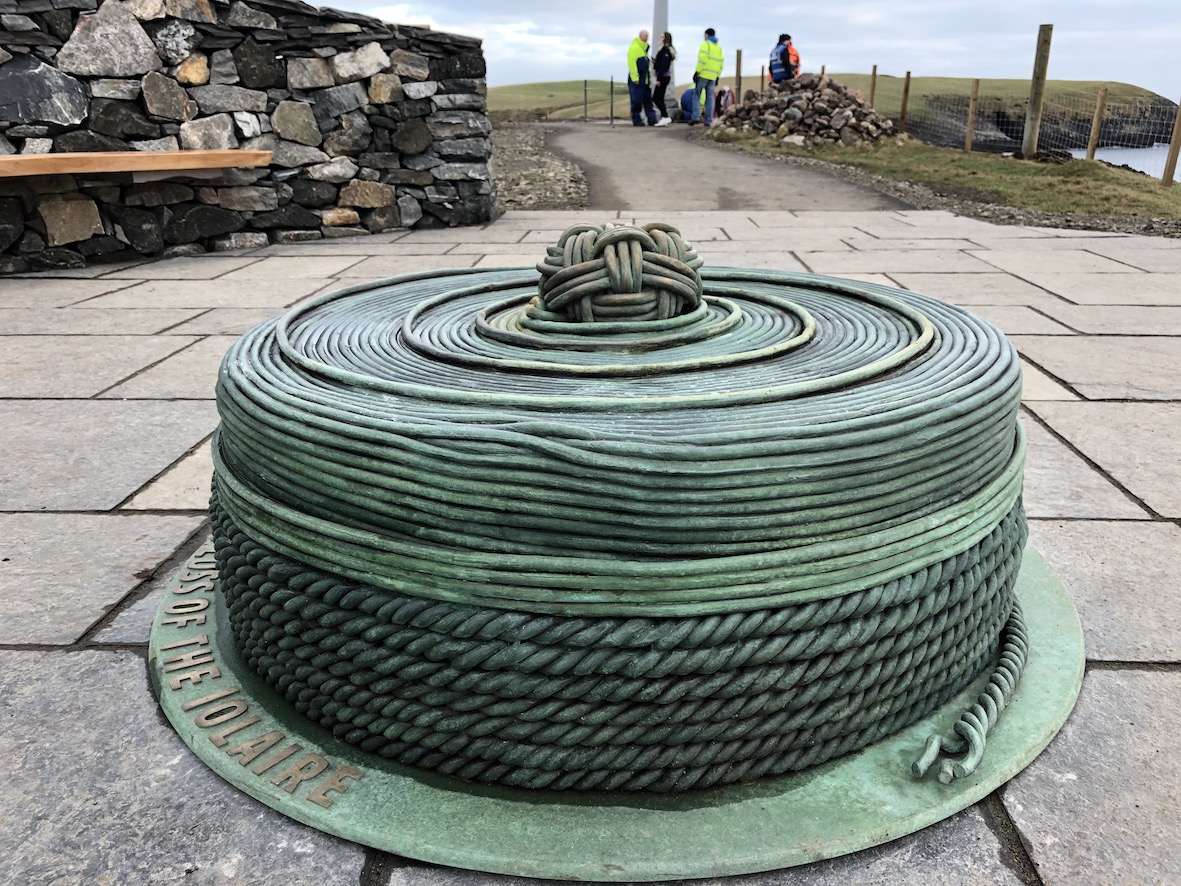 North Tolsta’s community-owned wind turbine has had a bumper five years of generating electricity for the national grid – and a whole lot of money for charities in Lewis.

Since the single turbine was commissioned in 2013, Tolsta Community Development Ltd (TCDL) has been responsible for the distribution of profits.

Chairman of TCDL, Murdo MacIver said:‘We are aware that a lot of very valuable work is done throughout Lewis on a voluntary basis. The directors were in complete agreement that we should support that effort in any way possible. Some of the charities that we assist operate in Tolsta itself, but many are island-wide’.

The 900kw turbine, which is sited between Glen Tolsta and the village of North Tolsta, has been operational since 2013 and has paid out a total of £558,917 in grants and gift aid to date.

Amongst those benefitting from TCDL’s grant programme are Alzheimer Lewis and Harris, which received £5525 to run a dementia-friendly café in North Tolsta each month. This has been well-attended, and has provided the opportunity to participate in a range of craft activities for people who might otherwise be facing isolation in their own homes.

Murdo MacIver continued, ‘We were delighted to assist Enable with grants totalling £6400. The local branch does a great job, supporting families of children and adults with learning disabilities, and this is very much within the scope of what TCDL wants to spend its profits on. Ultimately, the reason we have the turbine is to use the funds to improve life here for as many people as we can’.

Hebrides Alpha has received a grant of £4000 towards the work it does in combating addiction. Two other charities which TCDL was pleased to support are Crossroads, which has had £15,000 to date, and Bethesda which has received assistance to the value of £20,000.

Local councillor, John A MacIver said: ‘Our Community has, and continues to, benefit regularly from the wonderful care and assistance provided by both Crossroads and Bethesda, and TCDL are to be commended for this valuable support’.

TCDL’s wind turbine cash also helped with the recent ‘Iolaire’ commemorations, with a grant of £5000 going to An Lanntair for the creation of a bronze sculpture (pictured above), and £500 to Comunn Eachdraidh Tholastaidh for a project involving local primary school children in marking the centenary.

Murdo MacIver added: ‘The board of TCDL is keen to see that benefits from the money generated by the turbine are maximised. It’s our privilege to ensure that it goes where it is most needed.

"Ultimately, the work that TCDL does is about people – strengthening and developing the community, and especially charitable and voluntary work, is what makes all the effort worthwhile’.