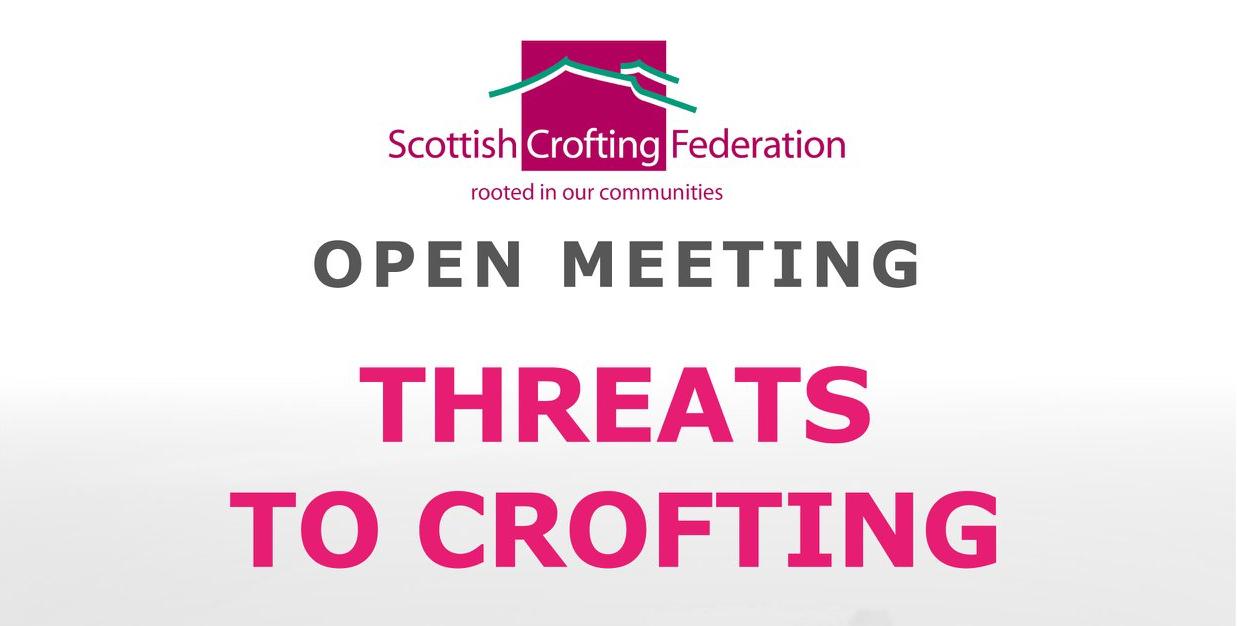 Crofters get a chance to air their fears over Brexit and other national policies - such as over sea eagles - tomorrow night in Stornoway (Thursday February 7th).

The new vice-chair of the Scottish Crofting Federation (SCF) Donald Mackinnon of Arnol says the SCF is ‘a very political organisation’ and: ‘the only organisation solely dedicated to campaigning for crofters and fighting for the future of crofting.’

Lobbying governments in Edinburgh and in London is part of the SCF’s remit, and the process starts with the public meeting in Stornoway Town Hall on Thursday 7th February starting at 7.30pm .

On the agenda will be urgent issues facing crofting right now, with Brexit at the very top.

Donald says “It is a critical time of change for crofting, with a number of threats.

"The theme of the meeting is ‘future challenges for crofting’ and Brexit, with the issues of access to markets that come with it, will be top of the agenda.

“The fact that so much of our lamb is exported makes this a very significant issue.”

The meeting will also look at the way in which crofters in the Western Isles interact with wildlife and what impact that has on the way of life and economics of crofting.

Geese are a principal concern in the Southern Isles and, in Lewis and Harris, there are increasing concerns about deer.

“We also have a relatively new problem with sea eagles, especially in Harris and Lochs,” said Donald. “In some areas now, we are seeing the number of lambs weaned off rough grazing decline dramatically.

“There can be a number of reasons for that, but predation by sea eagles is clearly evidenced and we need to look at the existing compensation scheme and engage with Scottish Natural Heritage on management.”

Lobbying SNH, Scottish Government and other public bodies is the role of SCF and Donald is keen to make sure all crofters know that the organisation is working for them.

He says: “I want to show crofters what the SCF can do for them. Whatever it is that causes a concern, we can represent that to whoever makes a difference – but that only works if we hear from them what the concerns are.”

Donald can be contacted via the SCF or at This email address is being protected from spambots. You need JavaScript enabled to view it.