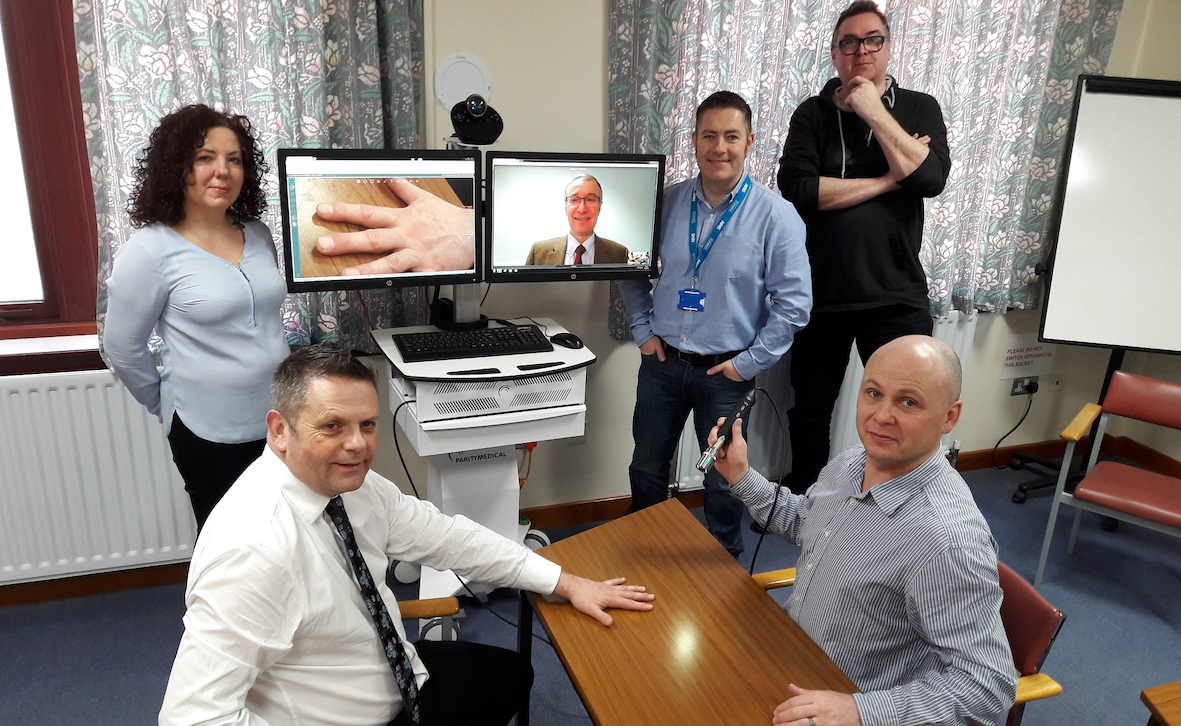 Paving the way of innovative solutions to rural healthcare, the work of NHS Western Isles was recognised at the National Scottish Digital Health & Care Awards 2019.

NHSWI eHealth, Tec and IT team scooped the ‘Innovative Remote and Rural Service Award’ at the award ceremony held in Edinburgh on Wednesday, February 20th – one of the four award categories in which NHSWI were shortlisted.

The award spotlights their work on the transformation of hand surgery assessment pathway in the Western Isles – a move which has seen a reduction in patient travel to the mainland.

NHSWI Chief Executive Gordon Jamieson said: “I congratulate all involved in achieving this award. It is testament to the commitment of our staff to be a world leader in the application of telehealth in our endeavours to serve our community well.”

Previously, island patients travelled to Glasgow for assessment by consultant hand surgeon Mr Grzegorz Sianos and, if surgery was required, the patient would return to Glasgow at a later date.
In response, the NHSWI Tec and Orthopaedic teams developed a custom tele-health cart with hand-held high definition camera and integrated with the Attend Anywhere VC platform.

This allows patients to be examined in the Western Isles by NHSWI Extended Scope Practitioner Innes Morton, in collaboration with Mr Sianos of NHS Greater Glasgow and Clyde (NHSGGC) from his base in Glasgow.

NHSWI Tec Project Manager, Iain Trayner, said: “If a steroid injection is needed, that is done by Innes immediately, and if the patient requires surgery, the work up for the operation is completed in Stornoway and only one trip is necessary to Glasgow.

“Patient feedback for this innovative service is extremely positive.”

NHSWI Head of eHealth and IT, Jon Harris, added: “I am delighted to see the team win this award, for another innovation in service which sees a real improvement for patients.”