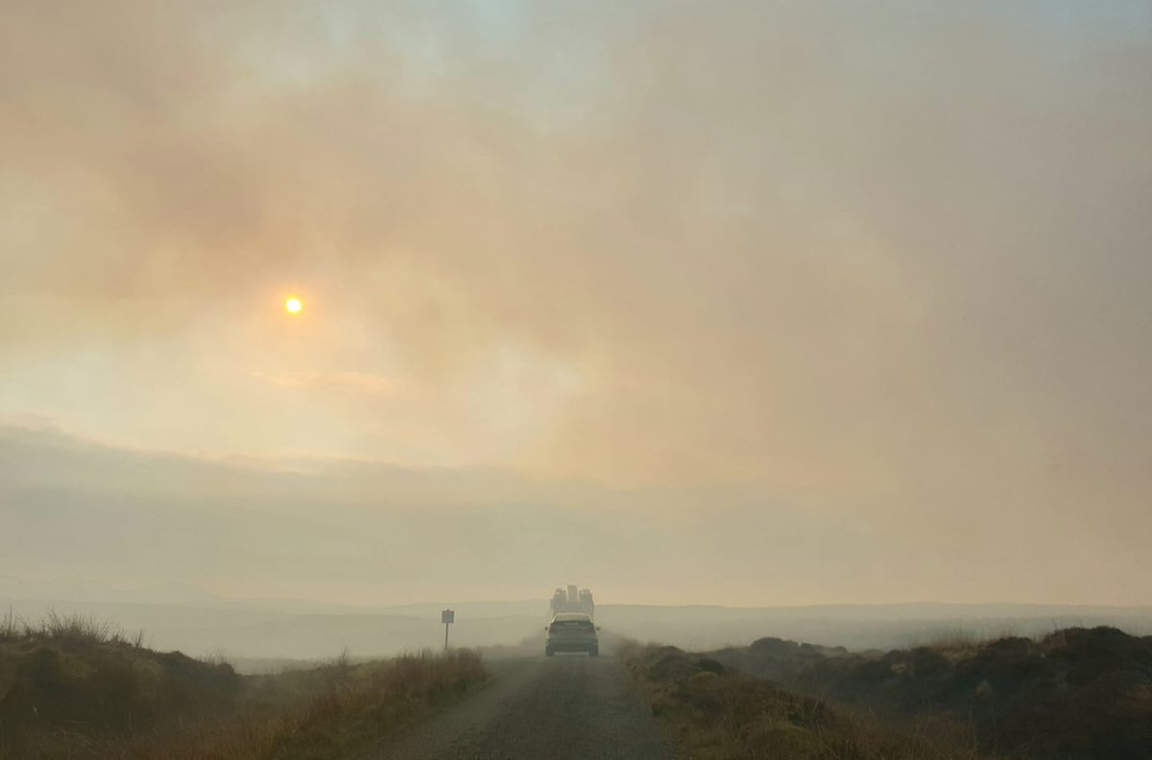 Drivers were asked by police at 5.20pm on Tuesday April 9th to please avoid the Pentland Road until further notice.

The road was blocked by fire engines due to a grass fire on the moorland on the Carloway side.  (Photograph by Callanish DD on Twitter, above)  The road was declared again open around 11pm

Meanwhile moorland blazes with fire service personnel in attendance were also reported south of Tarbert and near Leverburgh.

The blaze near Tarbert created a problem for the main electricity supply line for Lewis and Harris meaning 13,581 customers lost their electricity supply for between one and four hours. (http://www.welovestornoway.com/index.php/home/welovesyhomepage-2/13257-power-cut-hits-1000s-of-homes)

Journalist Iain Pope reported on Twitter that there were "some serious looking faces her among fire service staff as this fire continues to burn from multiple small seats."  Beaters are tackling the blaze not far from Direcleit as "a westerly breeze pushes it towards houses, albeit a good distance away yet."  (Photograph below from Iain Pope on Twitter)

A third blaze affected Great Bernera. The Scottish Fire and Rescue Service said on Twitter: "Crews from Great Bernera & Shawbost on Western Isles tackling large wild fire on the Isle of Bernera tonight supported by Station Manager Craig Lauder. Thanks to all for their hard work and determination in difficult circumstances to stop spreading further."

Craig Lauder said later on Twitter: "Great effort from Stornoway, Scalpay, Great Bernera and Shawbost crews to control and extinguish a large wildfire on Isle of Lewis tonight at same time as crews tackled a series of fires on the Isle of Harris, big challenge for our Western Isles resources."

And Gavin Hammond, the Group Commander with SFRS, who is responsible for frontline service delivery, fire prevention, fire protection and partnership working, said about 10pm: "My thanks go out to all SFRS WI personnel for all their hard work in difficult circumstances today. Last crew still damping down at Leverburgh. Great support and assistance by every station on Harris & Lewis, Ops Control and numerous partner agencies." 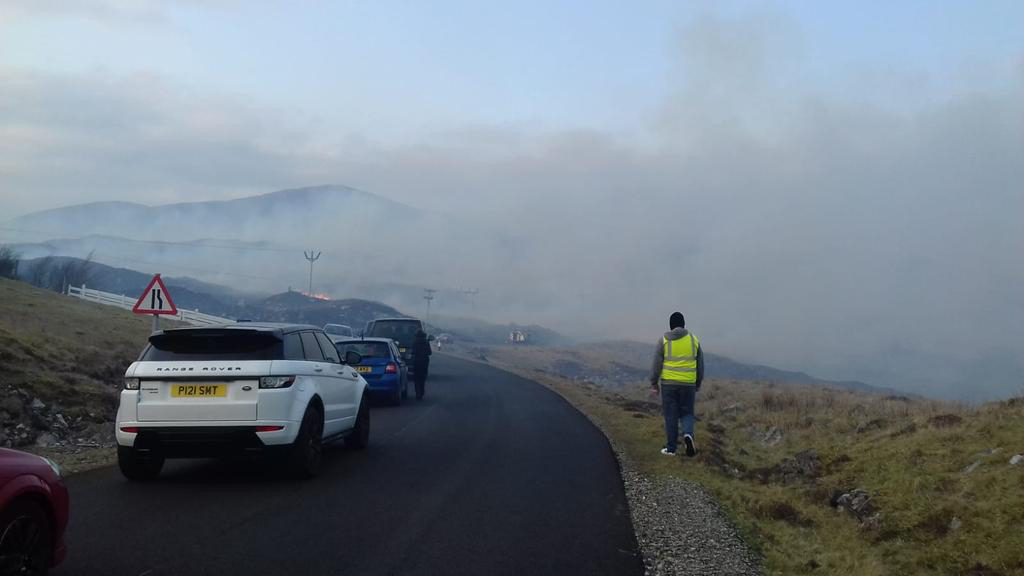 Fires near Leverburgh and Strond were pictured yesterday afternoon by Levi Stammers via Western Isles Weather. (Below) 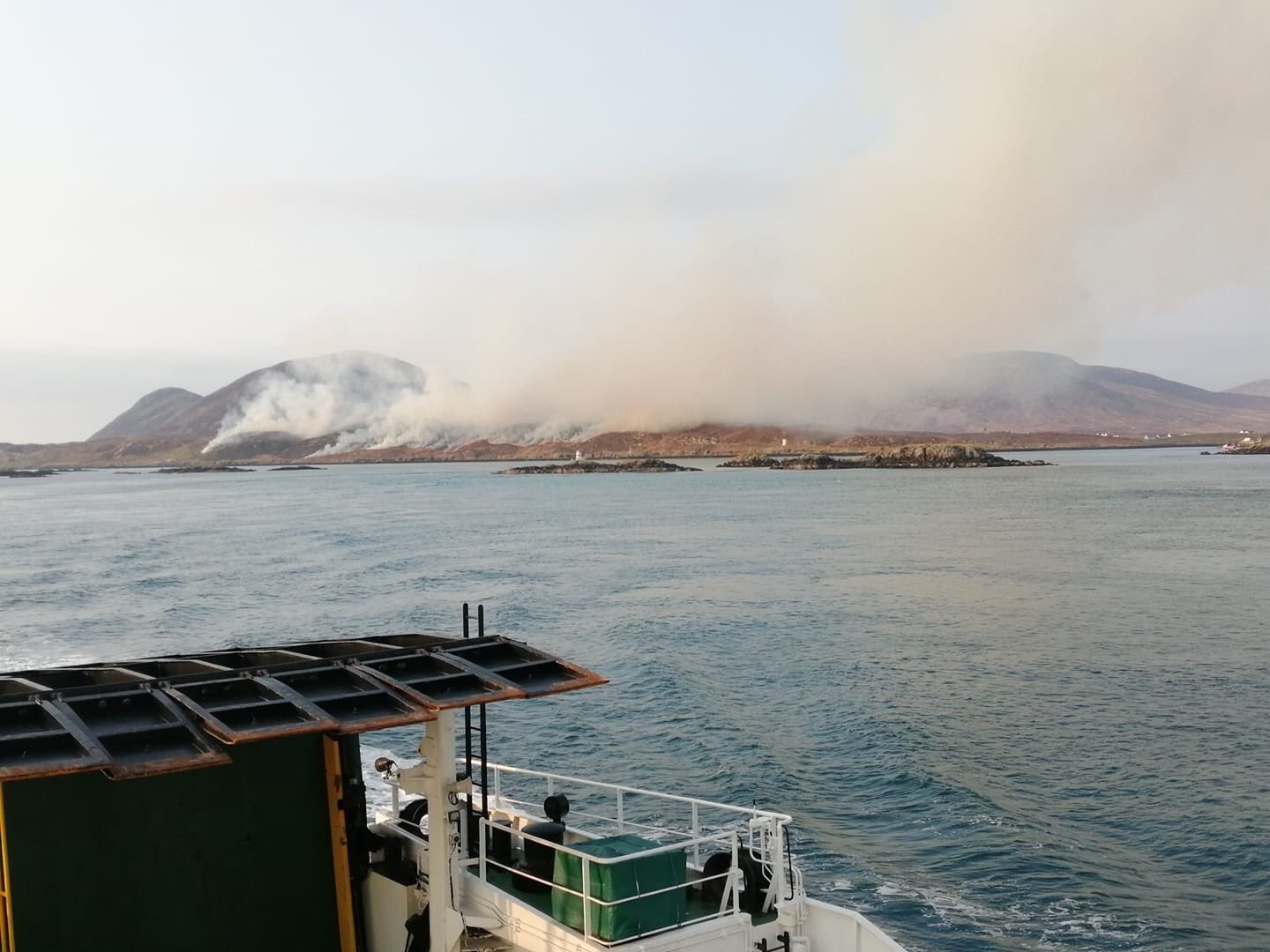