Two Lewis girls will be in the line-up when Team Scotland take the floor at the World Cheerleading Championships at the Walt Disney World resort in Orlando, Florida this week.

The massive international event, which runs from Wednesday (April 24th) to Friday, brings 11,000 cheer and 4,000 dance athletes together in Orlando to vie for titles.

17-year-old Abbie Morrison of Back and her coach, Kayleigh Nicolson from Stornoway have achieved the high honour of selection for Team Scotland, heading off to Florida with their coach and mentor Kirstie Anderson of Hebrides Dance and Wellbeing Studio.

Abbie, a Nicolson Institute pupil, is part of Scotland’s senior jazz dance team, while hotel manager Kayleigh is also to compete in the senior hip hop team. Both girls are members of the island dance team North West Allstars and have been travelling to the mainland fortnightly for training sessions with the national team.

On Friday (April 19th) Abbie, Kayleigh and Kirstie joined the rest of the Scotland team heading off to Orlando. Crowdfunding pages and local fund-raising events have helped to scrape together the money needed for the trip and the pre-competition training.

After the opening ceremonies on Wednesday night (April 24th), both girls will be in action on Thursday, when Scotland’s teams are set to compete against nations including China, Japan, Mexico and Germany. More competitions and award ceremonies lead up to the closing ceremony at 8.45pm on Friday.

Before she left, Kayleigh said: “Today is the day my 20-year dream comes true. I hope to do my coaches, team mates, friends, family and Scotland proud. Thanks for all the supportive messages and donations. Wouldn’t be here if it wasn’t for my community at home.” Kirstie added: “So proud of these girls. An unbelievable amount of commitment, hard work and dedication to get to this point....” 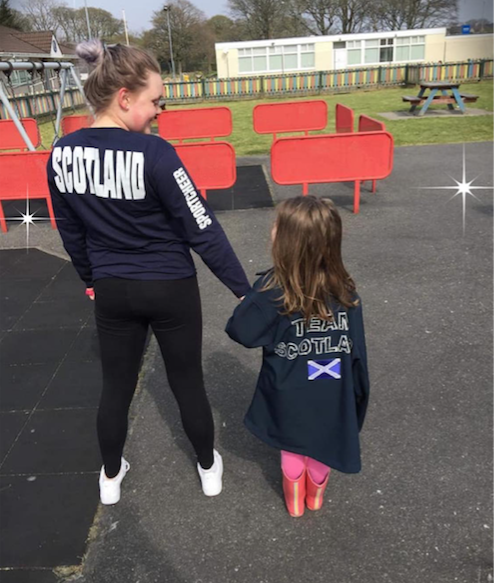