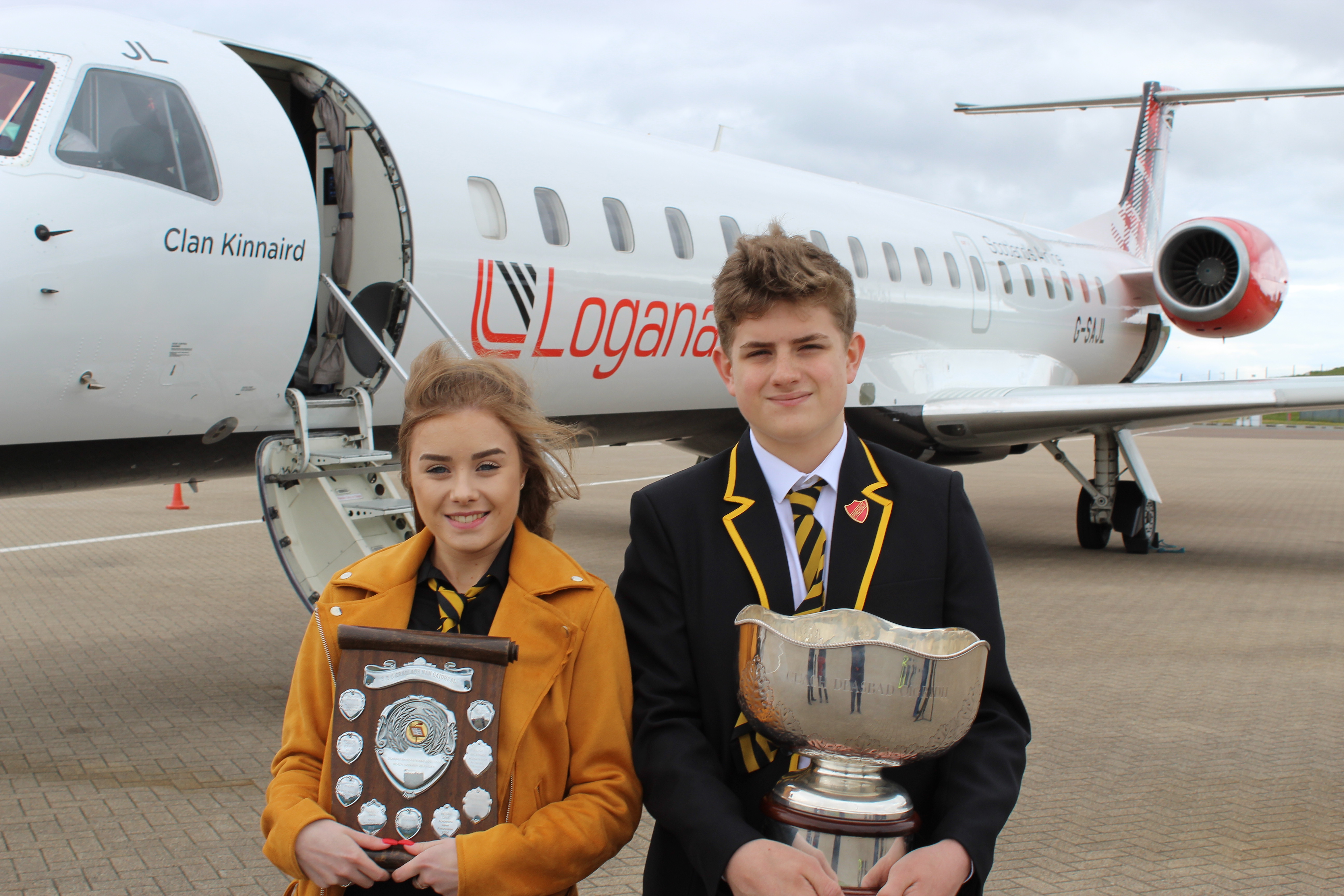 The airline will transport around 100 pupils from across Scotland’s Highlands to Edinburgh for the 21st edition of the competition.

Commenting on the announcement, Loganair Commercial Director Kay Ryan said: “As Scotland’s Airline, we are delighted to sponsor this excellent initiative. Gaelic is a crucial element of Scottish Heritage, and we are proud to show our support to events which give young people to develop their language skills.”

Callum Iain Macleod, Chairman of the National Secondary Schools’ Gaelic Debate Management Committee, said:  “This is fantastic news. We are very grateful to Loganair for their financial support for this year’s competition, which, once again, demonstrates their commitment to the Highlands and Islands and to the Gaelic language and culture.”

“We are also grateful for the continuing support from Bòrd na Gàidhlig, Skills Development Scottish, Scottish Qualifications Authority, Education Scotland, Comhairle nan Eilean Siar, The Highland Council and Glasgow City Council without whose support, the competition could not continue.”

“Like Loganair, the Schools’ Gaelic Debating competition enables Gaelic-speaking communities to come together, bringing Gaelic-speaking students from schools across Scotland together for 3 days, in Stornoway, plying their wits against each other in a series of debates in an attempt to reach the finals of the debating competition, which are held in The Scottish Parliament, and broadcast live on Radio nan Gàidheal.”

“The competition gives young Gaelic-speakers from across the country, fluent and learners alike, the unique opportunity to hone their linguistic skills and provides them with a platform to showcase their research, presentational and public speaking abilities.

“With 2019 being the Year of Indigenous Languages, our continuing aim as an organising committee is to promote engagement and cooperation between the participating schools, encourage the promotion and use of Gaelic and to see more young people utilising the opportunities that the language opens up.

“Following the success of the 2018 Debate which saw Hannah Macleod and Sandy Morrison from the Nicolson Institute emerge as the worthy winners, a high level of competition was set and we look forward to another year of interesting and thought- provoking debates.”

Sandy and Hannah’s competition win came after four rounds of debates culminating in a win over Inverness Royal Academy at the Scottish Parliament.

On their route to winning the 2018 competition Sandy and Hannah debated other competitors from across Scotland on a number of topics: Is veganism better for the environment? Do women have equal rights today? Should drugs be legalised and in the final, Were it not for the two World Wars, would we be as advanced as we now are?”

Hannah Macleod who was named as the best debater across the tournament four rounds spoke of her initial trepidations towards competing in the competition, “I signed up for the event but felt too scared to do it and nearly backed out of competing. In the end I went through with it and I’m so glad I did, it was a great experience."

Fellow winner Sandy Morrison said, “I hadn’t done much public speaking before, but I think when you’ve got your script in front of you it’s like there’s no one else in the room and you just want to get all your facts across and make sure all your hard work pays off.”

Sandy went on to discuss the importance of Loganair’s commitment to transport pupils from rural areas to the competition. “With the finals taking place in the Scottish Parliament it is easy for schools from Glasgow and Edinburgh to arrange travel. There can be a lot of focus on these areas so Loganair’s commitment will be a huge help to competitors from rural schools across the Highlands and Islands. Knowing that they can get a flight to the tournament will make the competition accessible to everyone not just those in the central belt.”

Presiding officer of the Scottish Parliament, Rt. Hon Ken Macintosh MSP, said: “Gaelic matters. It is important that people see it, hear it and use it within the Scottish parliament.

“That’s why we are proud to host the final of the National Secondary Schools’ Gaelic Debate once again and look forward to welcoming some of the best young Gaelic debating talent in Scotland to the Scottish Parliament in November.”

Pictured: Hannah Macleod and Sandy Morrison from the Nicolson Institute, winners of the 2018 Debate.