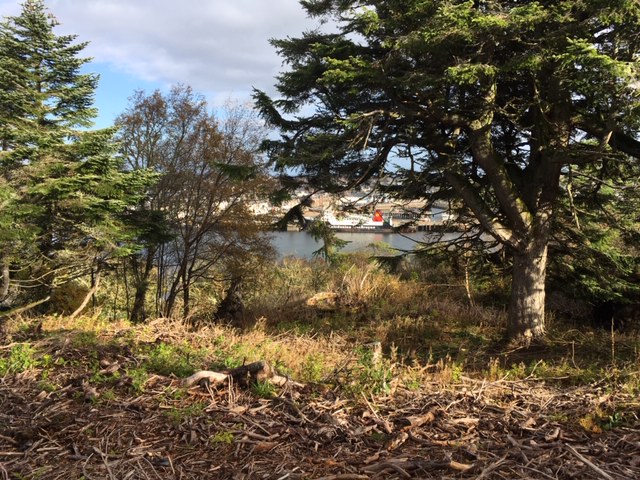 Stornoway Golf Club last night (Sunday July 7th) joined in the public row over whether waste bins should be removed from the Castle Grounds.

On their Facebook Page, they stated:"One bit of positive news, folks.

"The remainder of the costs involved are being met from our own funds and the installation by our own members....needless to say, despite asking our landlord if they would consider the project "bag it and bin it - keep our grounds beautiful" as a joint venture they dismissed it out of hand.

"We also managed to secure a skip for year one to empty the bins into by a very favourable rate from a local contractor, to help get this off the ground.

"To keep this project going in year two and thereafter we will need public help with the cost of emptying the skip. We suggest, if you are on side, that a way of funding the skip would be for users to throw a few pennies into the honesty box in the club car park, very akin to the way we would pay 20p to use a public toilet ourselves. (We are very aware most folk are long in the habit of bagging and binning which resulted in the bins we had crumbling away to nothing)

"A huge thank you to SLCF [Scottish Landfill Communities Fund] and the local contractor for their help thus far, it would have been impossible without you.

"We wish we could extend this project to the whole of our beautiful Castle Grounds but obviously costs curtail this, possibly another group may be able to do this."

On the welovestornoway.com Facebook Page, opinion was strongly against the proposals, and Richard Cooke stated: "I hope the The Stornoway Trust takes the time to read these comments. Rather then sticking head in the sand. This is just isn’t one or two comments, this is the vast majority of people who think this is a stupid idea. Thankful to welovestornoway.com for bringing it to a wider audience and for Stornoway Golf Club for being a voice of reason and providing alternative."

However, Richard Mercer stated: "Great idea…People will learn eventually that it's their responsibility to keep things nice…We all need to accept it and embrace it…Stop moaning!"

And Alison Tunstall added: "As daft as it may sound the [Stornoway Trust] is correct when they say that it is the system already in place elsewhere.

"Many National Trust properties, beaches and country parks that we used before moving here, adopted the no-bin policy long ago.  You took your trash and dog poo away with you and disposed of it at home."