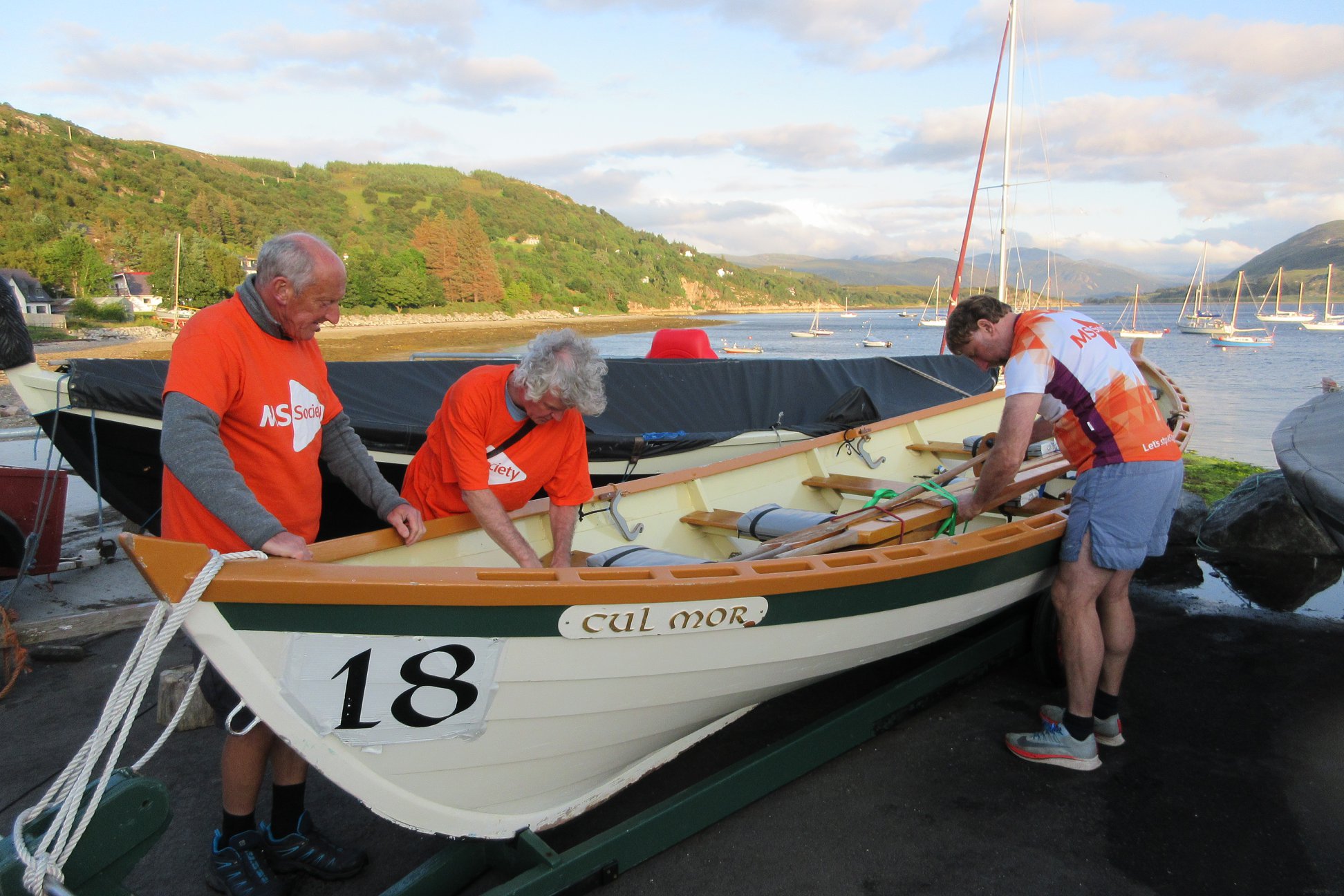 Members of Stornoway Rowing Club will be among the supporters lining up in the early hours of tomorrow morning (Monday August 12th) to send off a team planning to row the Minch.

The five rowers from Ullapool Coastal Rowing Club arrived today (Sundat August 11th) from Ullapool aboard the Loch Seaforth and plan to put out the oars from their 22ft St Ayles skiff, Cul Mor, in Stornoway at 4am tomorrow on the 50-mile crossing to Ullapool.

They’ll be accompanied out of Stornoway harbour by some of the Stornoway rowers, who’ve also arranged their accommodation and transport from the ferry as they arrived in Stornoway today.

The Ullapool rowers expect to take about 15 hours to cross the Minch, which for a team with a total age of 292 is quite an ask. The two women and three men are experienced rowers, all keen competitors, though they admit the Minch is their biggest challenge yet.

A reception event in Ullapool is planned, with a marquee and refreshments for the mainland supporters on the beach at West Shore Street, some time after 7pm tomorrow.

In a statement on their fundraising page they say: “This is a personal challenge for the crew, the purpose of which is to raise awareness of Multiple Sclerosis and raise funds for the MS Society. The row, which will be physically and mentally challenging, symbolises the struggle of living with MS and is a fitting way to bring attention to a cause close to our hearts.

In a statement today, the crew said: “It's fantastic knowing we're going to be on our way tomorrow. As I'm sure you'll all appreciate, there's quite a bit going on in the background (not least of which is a discussion about when everyone is making their sandwiches). Our skiff pals in Stornoway have literally pushed the boat out for us, picking us up from the ferry and giving us a lift to our accommodation aboard John Smith's boat at Stornoway marina.”

The sponsorship money raised through the row will be boosted by funds from a function in Ullapool on Saturday evening and by a silent auction to win a six-night cruise to St Kilda aboard the MV Cuma, courtesy of Island Cruising. Bids for that close on September 30th.

You can find out more about the row, follow their progress and donate via https://www.facebook.com/RowingTheMinchForMS

The pictures showrowers Kathryn Bennett, John Grant, Gary Lewis, Anthony O’Flaherty and Lorraine Thomson raring to go in their MS Society colours and preparing the boat to go aboard the ferry from Ullapool on Saturday. 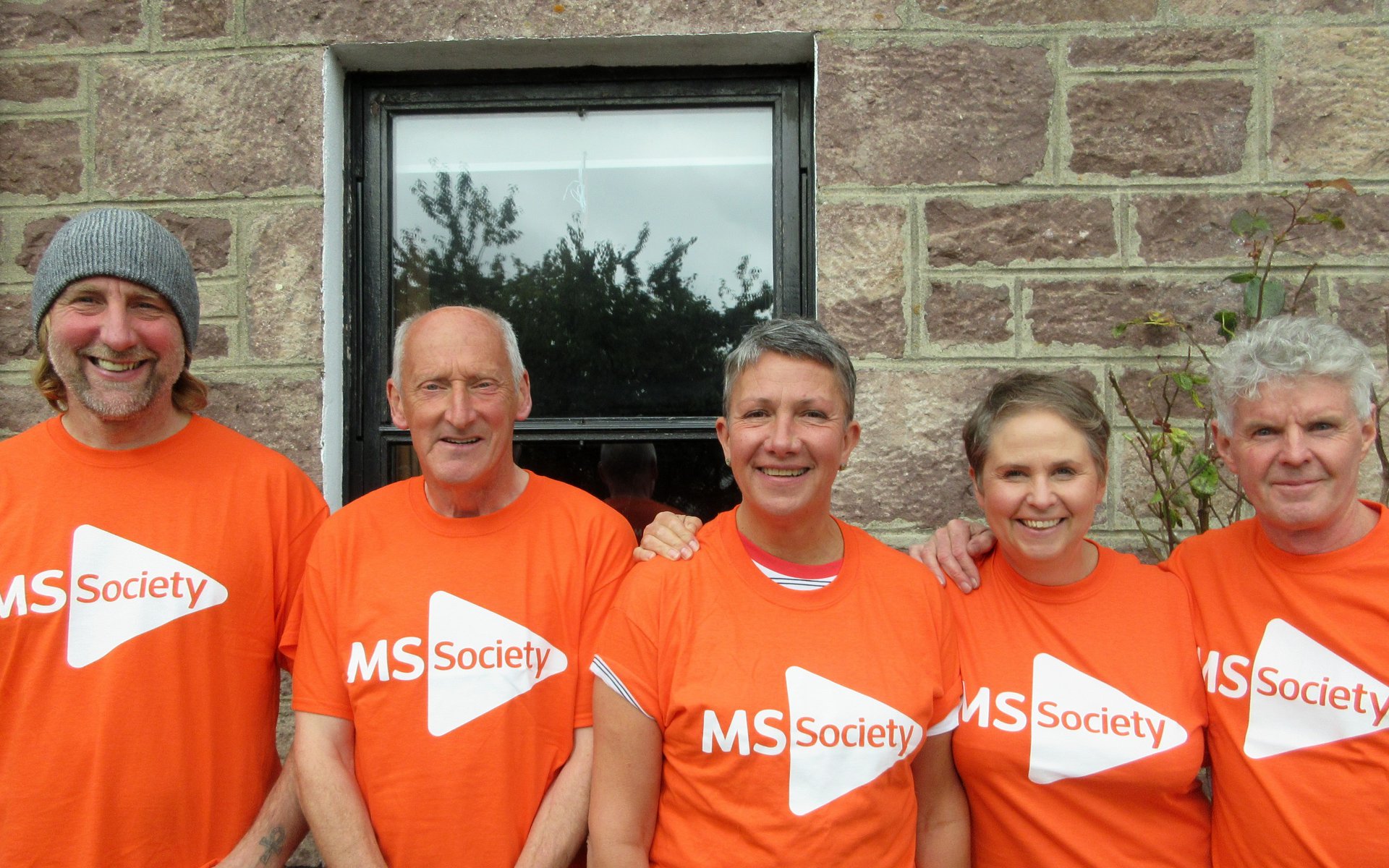