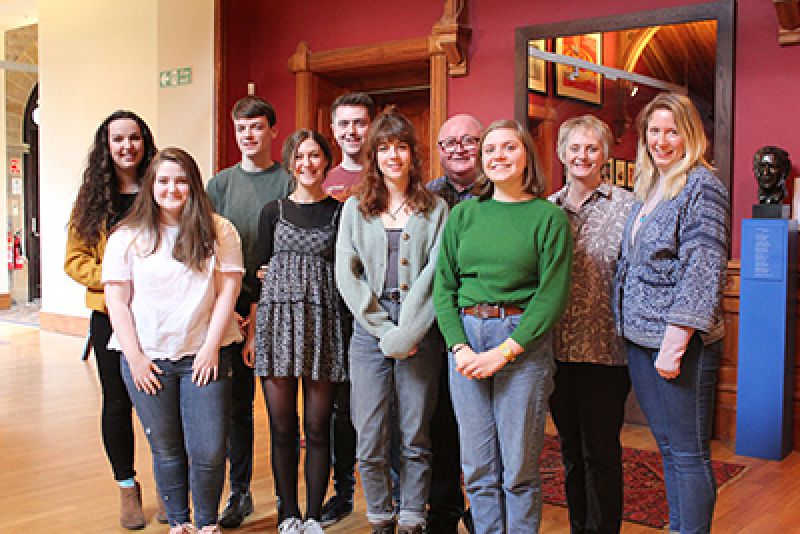 Barra teen to perform in Canada

A 19-year-old singer from Barra will be performing at a Celtic festival in Canada.

Claire Frances MacNeill is one of six Gaelic singers invited to perform at Celtic Colours, a festival to be held in Canada next month.

The singers and researchers are part of this year's Fuaran group, a heritage initiative established by Fèisean nan Gàidheal to encourage a new generation of Gaelic speakers and singers to actively engage in the research and collection of Gaelic songs in their local area.

Earlier this year, Fuaran recorded some of the songs they collected from communities across Scotland. This recording, accompanied by translations, background information and videos of the recording process, will be available on the Fuaran website, bringing the total number of songs collected since the beginning of the Fuaran project to 32.

During the process, the researchers discovered many interesting stories and songs, some of which are relatively unknown. Claire Frances researched and collected a song called "Coitearan Bhatarsaigh", a song in praise of the Raiders in their struggle to win over the land rights to Vatersay in 1908. Claire Frances came across it in a collection of Dòmhnall Mac na Ceàrdaich songs, a relatively unknown Gaelic author who died aged 46.

Karen Oakley, Fèisean nan Gàidheal Development Officer, said: "We are delighted that our Fuaran participants have been invited to perform at the internationally renowned Celtic Colours festival. They are very excited to be showcasing the songs they have researched over the past several months, and especially as the shows they are involved in have already sold out. The trip is also a brilliant opportunity for our young people to meet like-minded Gaelic speakers from the other side of the Atlantic. Programmes like Na Gaisgich Òga are well-established and I'm sure both groups will gain a lot from this shared experience".

Fuaran will be performing at "It's Not Just a Fèis" on Saturday 12 October on Christmas Island and on Sunday 13 October at "The Young Heroes: Na Gaisgich Òga" at the Gaelic College, St Ann's.