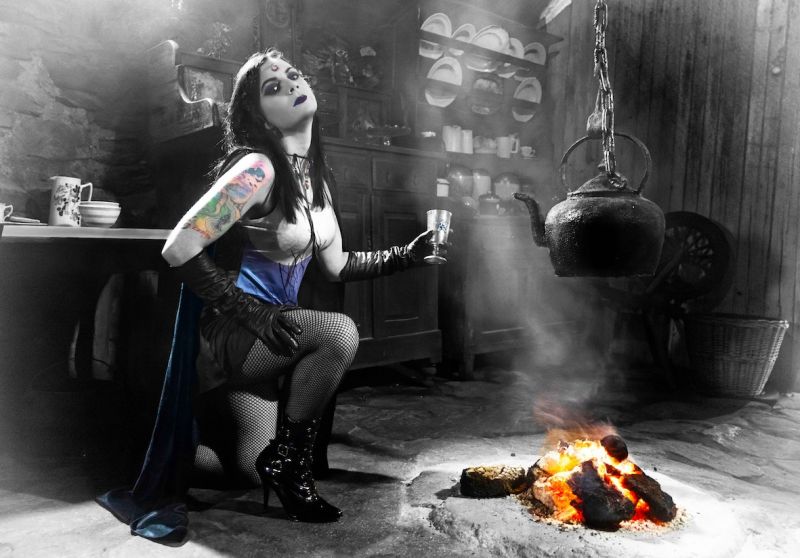 A 2020 'Goth On the Croft' wall calendar is aiming to raise more funds for The Sophie Lancaster Foundation and also for The New Arc wildlife rescue centre.

The organisers have got together with a number of organisations including Historic Environment Scotland and The Arnol Blackhouse along with The New Arc in Ellon to create a 2020 'Goth on the Croft' wall calendar.

The aim is also to raise awareness and promote tolerance of subcultures, and minority groups within the community. A number of local people and companies are involved in this project.

The pictures have been taken across Scotland including Aberdeenshire and the Isle of Lewis, and at the New Arc itself.

July features a person with cerebral palsy on his wheelchair with another person dressed as a mermaid at Stonehaven harbour.

October’s page features a witch inside the Arnol blackhouse and another for January at the Callanish stone circle.

November has a woman who is trained in circus performance dressed as a vampire dangling from ropes attached to Slains castle at Cruden Bay.

There are also a number of pictures involving models dressed in alternative gear with animals residing at The New Arc wildlife sanctuary in Ellon, including a goat, horse, cats, a pig, chickens and seagulls.

Goth On The Croft, run by Spectra Vox who lives in Newmarket, and Lindsay Gault, is a fundraising project and community of like-minded individuals who strive to promote acceptance and tolerance for subcultures and minority groups.

About five years ago, Spectra moved out to Lewis. Having experienced prejudice towards herself and friends for being associated with the goth subculture, she felt bound to raise a few eyebrows. “I’ve always felt a bit like the ‘black sheep’… and seeing the odd black sheep in amongst the white struck my imagination. I started thinking of myself as the black sheep or the ‘goth on a croft’, and how that image exemplified the incongruity that people who express themselves differently feel in everyday life.

“Not many people expect to see goths on a croft- and why shouldn’t they be there too? We are just people who do everyday things- sometimes with a little added spookiness!

“Being inspired by this image of goths on crofts, I wondered if I could use it to promote tolerance and acceptance of people who look different- the misfits, the minority- those who suffer prejudice due to the way they dress or because of their: race, religion, disability or sexuality- basically anyone who stands out from the crowd. And thus, Goth on the Croft was born’.

The first 2018 Goth on the Croft calendar was a big success, reported in articles across the UK.  It sold 300 calendars and raised over £2000 for the Sophie Lancaster Foundation- a charity which aims to ‘stamp out prejudice hatred and intolerance’.

“This year we will again be raising money for The Sophie Lancaster foundation, but have decided to split the profits 50/50 with The New Arc wildlife and animal rescue centre as a thank you to the fluffy and feathery residents who are feature in this calendar.”

Following the horrific murder of Sophie Lancaster, her family wanted to ensure a lasting legacy to their beautiful, bright creative daughter and so The Sophie Lancaster Foundation was established. It became a registered charity in 2009

The aims and objectives of the Charity are as follows:

To create a lasting legacy to Sophie.

To provide educational group-works that will challenge the prejudice and intolerance towards people from alternative subcultures.

To campaign to have the UK Hate Crime legislation extended to include people from alternative subcultures or Lifestyle and Dress.

The calendar is available on Ebay