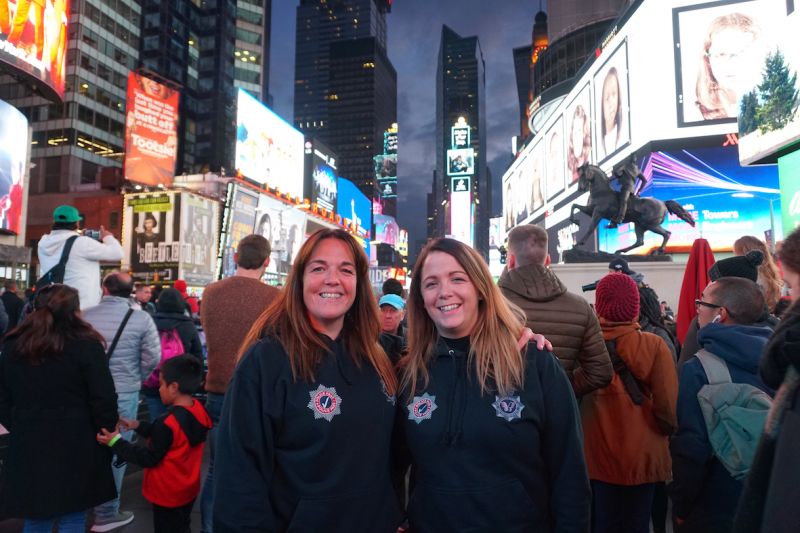 Detective Constable Fiona Mackenzie and PC Johan Macleod set off from Staten Island, one of New York City’s five boroughs, late on Sunday morning with the fourth wave of runners, making their way steadily through Brooklyn, Queens, Harlem, and into Central Park for the last few miles of the world’s largest marathon.

They were part of a group of almost 60 police officers from across the UK who were running to raise funds for the charity set up in memory of PC Nicola Hughes, who was killed while on duty in Manchester in 2012. Founded by Nicola’s father Bryn, the charity provides learning opportunities and pre-employment skills to children who have suffered the loss of a close family member because of violent crime.

“When communities can see police officers doing what they’re doing to raise money to help children… it can only be a positive thing. If a police officer’s going to run 26 miles, and it means a child has school uniform for the next few years, that’s an achievement,” Bryn told welovestornoway.com.

Neither Fiona, who lives in Point, or Jo, who’s based in Stornoway, had ever run a marathon before, but they had been busy training for the last few months, whether it was laps around the Castle Grounds or runs out to the Iolaire Memorial in Holm (where, they joked, the only supporters watching them were the sheep).

In New York, the crowds looked a little bit different. The pair had supporters every step of the way, as city residents came out to support 50,000 runners by clapping, cheering, and waving encouraging signs. “New York came out to party for us for 26.2 miles!” said Jo after the race. “’Go Jo and Fiona, you got this’ was the constant chant from everyone for the whole route. I definitely couldn’t have done it without the support and the buzz of the New York people and all the people who have sponsored and supported me.”

“We took it super easy and it paid off, crossed the line with smiles on our faces, bodies still intact and I didn’t even hit 'the wall' at any point,” she added. “A few miles we struggled with but at no point did I think ‘I can’t do this.’ I would do one again... now I know I can cross the line in one piece!”

Fiona felt the same. “The people of New York were amazing, cheering you on as if they knew us personally, it was fantastic! A few rubbish points, but we got through it. I wouldn’t have managed without Jo. I will likely do another one, provided my joints hold out! I got literally hundreds of donations while we were running, which is astonishing and overwhelming!”

Although the marathon is over for another year, you can still support Jo, Fiona, and the PC Nicola Hughes Memorial Fund at the links below: 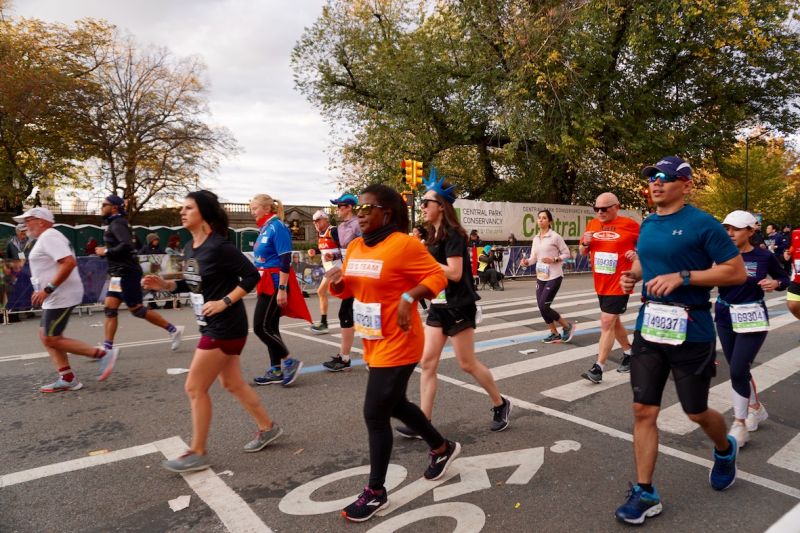