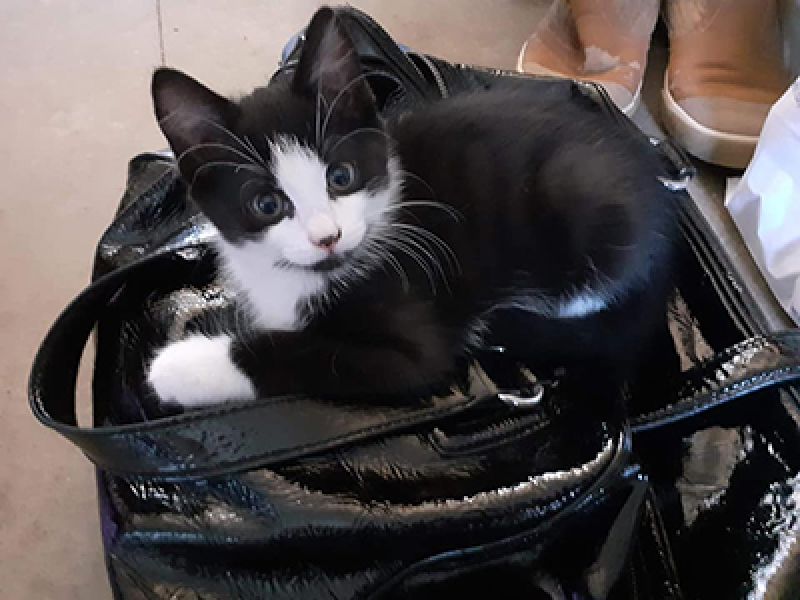 The Stornoway branch of the animal welfare charity Cats Protection is now officially closed, with local branch committee members yesterday (Wednesday November 6th) stating that they had been ‘dismissed’ by the national charity.

The last cats in care locally were re-homed last week and a final home-to-home adoption facilitated by the branch was also completed.

As initially reported by welovestornoway.com three weeks ago, the local branch committee had been told that the local service did not offer ‘value for money’ for supporters of the charity, despite longstanding commitment from local supporters.

A former committee member was asked to stand down with immediate effect after reporting to us that the charity planned to withdraw their support from the local branch. They cited veterinary costs and the availability of ‘alternative services’ such as the SSPCA to provide care for cats in the islands.

The local SSPCA and Stornoway vet Hector Lowe at that time condemned the closure of the branch, saying that neither of them had capacity to meet the needs of the large feral cat population in the islands, or of the unwanted cats and kittens that continued to find their way into charity care.

Welovstornoway.com readers bombarded Cats Protection with enquiries last month, receiving the reply: “It is with great regret that, after much discussion at a local level, Cats Protection has made the decision to wind down branch operations. The charity is currently looking at other ways it may be able to support cats on the island.”

But committee members disputed the claim that there had been discussion or consultation locally on the closure. Yesterday the remaining branch members issued a social media statement saying: “Please be advised this branch of Cats Protection has been officially closed by the head office. The local committee worked hard to prevent this but were dismissed after fighting to stay open.

“We would like to thank you for your support over the years, it has been very much appreciated.”

The formal confirmation of earlier reports generated a new storm of outrage from supporters. Former branch co-ordinator, Karen Cowan, wrote: “I’m actually ashamed now that I gave so much of my time to a charity that can do this to the Islands and has such a complete disregard for the feline population here. I really thought they were different and put the cats first but they pulled the wool over my eyes, profits first like so many national charities.

“I don’t however regret the countless lives we saved over the years, it’s a pretty great legacy when I think about all your babies and their stories. I would like to thank all of you who supported me and my team and I’m so sorry for the new committee that things have ended this way.”

Cats Protection's national media office provided welovestornoway.com with the following statement: "Cats Protection has suspended its cat welfare work on the Isles of Lewis and Harris because we have been unable to reach an agreement for year-round neutering of stray and feral cats with the island’s only veterinary practice. There are differences between our views on the best way to approach the long-term management of the feral colonies on the island.

"Cats Protection’s Feral Strategy aims to improve the quality of life of feral cats through targeted trap, neuter and return (TNR) programmes and by increasing the understanding of the welfare needs of feral cats. We need to ensure any work embraces our welfare ethos and is cost-effective for Cats Protection so that we put our limited funds to best use.

"We are currently exploring alternative ways of working so that we can continue to help unwanted and abandoned cats on the island."

This story has been updated to include a response from Cats Protection's national office.

The picture shows the last kitten adopted with the support of Cats Protection Lewis and Harris branch, re-homed this week.