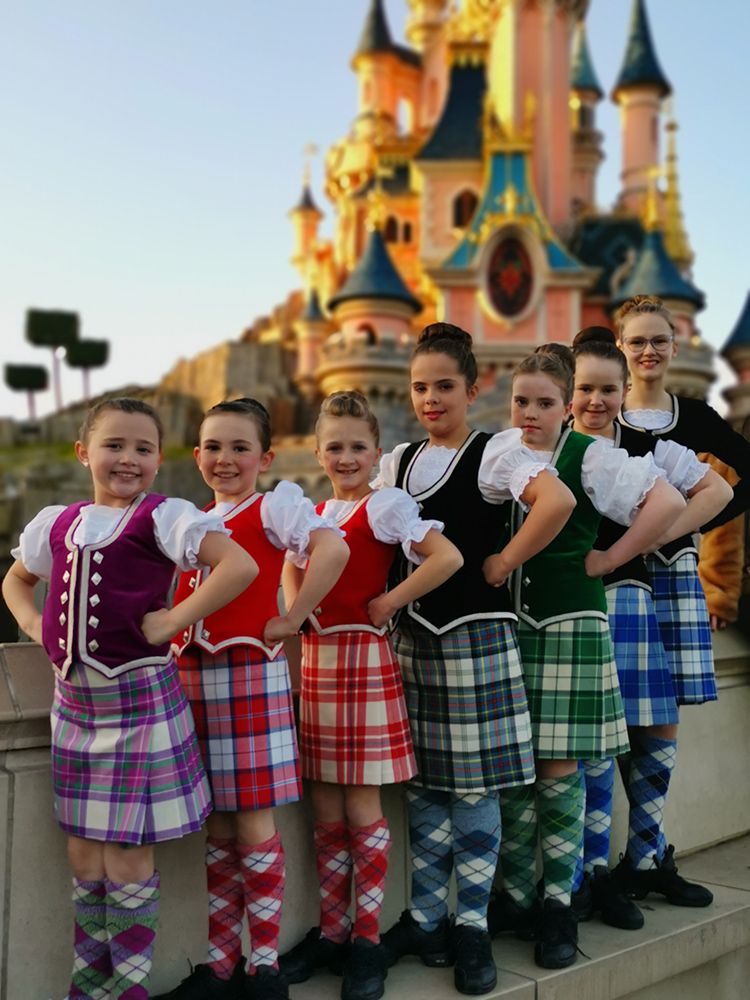 Dancers from the Claire Wilson School of Dance returned to Lewis, Harris and Dunoon last week with a huge haul of trophies and medals after an extremely busy weekend in Paris (November 20th to 26th).

The girls took part in their first ever International Highland Dancing competition at Disneyland Paris, backed by the fundraising support of many generous islanders.

Full days of competing for over 11 hours a day went hand-in-hand with some intensive sightseeing, as Claire Wilson told welovestornoway.com: “For these girls it was their first time abroad, so on the first day alone we were overwhelmed. We spent some time touring Paris and a trip would not be complete, of course, if we didn't eat lots of crepes!”

The excitement didn’t put the girls off their game, however, as they competed from 7am each day. In the magics competition (Seven years and under) Abigail Gillies of Harris gained good results, including 1st in swords, reel and lilt, earning her two trophies.

Niamh Wilson, Hazel Morrison and Madelyn Mackaskill were also well-placed in competitions on the first day, while Erin Macdonald from Breasclete was runner-up in the beginners 10-years Highland and beginners 10-years national trophies after a series of top-placed dances.

Dulcie Macdonald from Ness was also a trophy winner in the beginners 11-years and over Highland and Breasclete’s Eilidh Morrison gained consistent results across all her dances, including a first place in the reel. Harris’s Ellie Rose Laurie was runner-up novice 9 years and under Highland and carried home a shared trophy. In premier 14 years, Emma Peterson from Harris showed excellent form, including a 1st for her fling.

The girls continued to compete in the Disney-themed cheorography, for which all of them had been travelling up to Stornoway on a weekly basis for the past few months for combined lessons and the following day was similarly filled with competitions and choreographed pieces including a number of duos.

Ellie and Abigail, along with Erin and Eilidh both gained best costume characterisation, awarded to the Duo who best incorporated and portrayed the Disney characters with their costuming, cheorography and performance.

On the last performance day, the girls all took part in the Sea of Tartan Parade down main street in Disneyland Paris. They danced for a solid 45 minutes to Julie Fowlis singing Touch the Sky from the animated film Brave.
On their last day the whole team were able to enjoy the park with no competitions or performances.

Claire told welovestornoway.com: “These nine girls have travelled from the Western Isles and have brought home a haul of medals and trophies that the community should be very proud of. The nine dancers gained 60 medals and 11 trophies altogether – an exceptional achievement for your local dancers. Even the sheer length of time that the dancers were expected to compete for was new and unknown to them and they definitely showed what us islanders can do!”