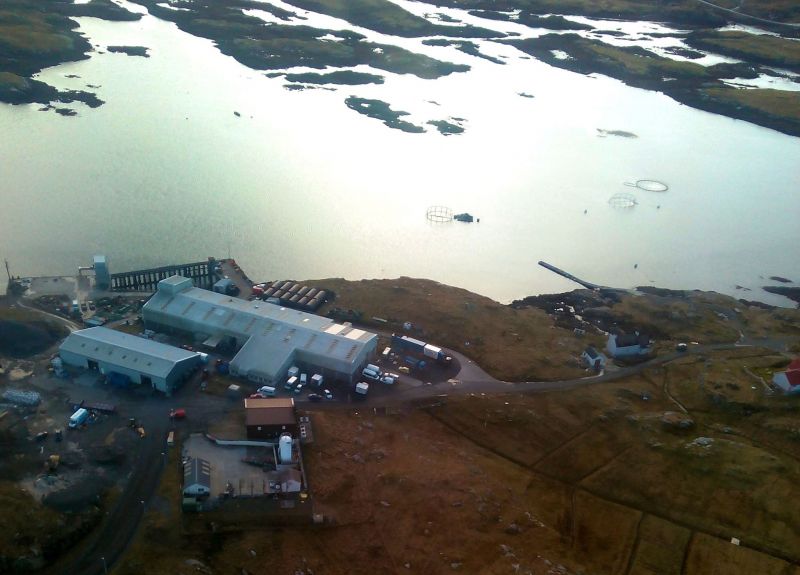 A power plant fire outside the Ardveenish processing factory of Barratlantic Ltd last night (Thursday December 19th) has brought export capability a halt, with essential freezing equipment out of operation.

And the loss of the new external power plant unit has created huge uncertainty over the Barra company’s ability to get its products to its main continental markets for the foreseeable future.

The blaze in an external electrical plant unit broke out around 6.45pm yesterday and was quickly tackled by the Castlebay fire crew, with help from HIAL firefighters from Barra airport.

Fire Scotland’s Western Isles group manager Gavin Hammond told welovestornoway.com today: “The crews tackled the fire defensively at first, until power supply engineers from SSEN were able to isolate the plant. During this time the fire was spreading towards a neighbouring company's portacabin next to the plant.”

The nearby premises of builders merchant Macinnes Brothers Ltd were at one time considered to be at risk, with large stores of wood and other combustible materials close to the seat of the fire.

Once SSEN isolated and shut down the electrical plant, however, crews moved into offensive firefighting using reel hoses and breathing apparatus and were able to bring the blaze under control quickly.

An additional crew and appliance, with a senior officer from Lochboisdale, were brought to Barra from Eriskay by the CalMac ferry. Responding to the emergency, and later returning the fire crew to Eriskay, led to the cancellation of the morning’s early Sound of Barra sailings.

Group manager Hammond said that a total of 14 firefighters brought the fire under control quickly, checking for remaining hotspots using thermal imaging equipment and confirming that all was safe, before all teams were stood down at 8.20pm last night.

He said: “Fortunately there was limited damage, no injuries and no casualties. The incident was another example of how well we are able to work together, with teams from HIAL, SSEN and CalMac ferries involved in the incident. We believe that the fire was entirely accidental and the operation was excellently and effectively executed by all personnel on site.”

But the fire has left a huge question-mark over Barratlantic operations, according to a company spokesperson, who told welovestornoway.com today (Friday): “The plant enabled us to run our blast freezer, which prepares our products for export to the European market using instant, intense deep freezing.

“We have product in the factory right now, and boats out fishing today which are going to land more stock. Sales of fresh product are slowing down now around Christmas and most of the stock is going to the Continent, but without the blast freezer we can’t prepare the fish for export and we actually don’t know what is going to happen.”

Barratlantic is the island’s principal employer, established in 1974 and with about 40 employees. They harvest scallops, langoustines and white fish of all kinds for sale both within the islands and across the UK and Europe.

The electrical plant unit destroyed by fire last night was installed just 18 months ago, in March 2018, with help from both the Scottish Government and the European Union. At that time it was described as “a new, high quality containerised plant room and impingement freezer in order to increase freezing capacity and enhance product quality.”

This latest blow has added further pressure on the company, after a period when ferry cancellations meant that export of frozen fish and shellfish was interrupted because the product could not reach the market within specified time limits.

The pictures show the Barratlantic plant location and scenes during and after last night’s fire. (Barratlantic). 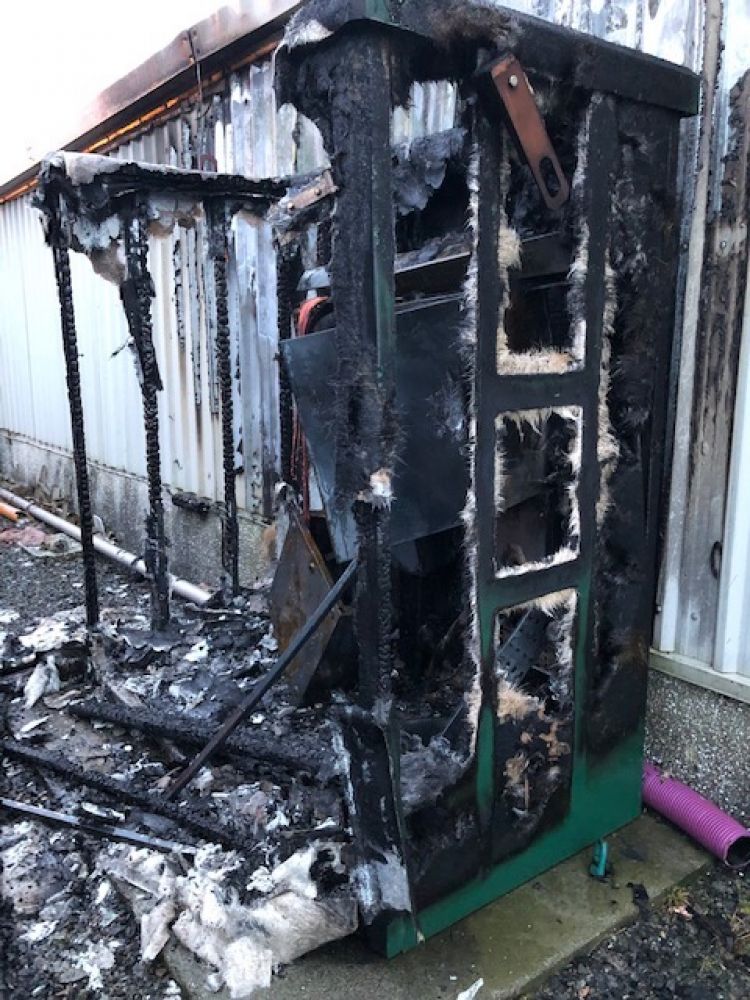 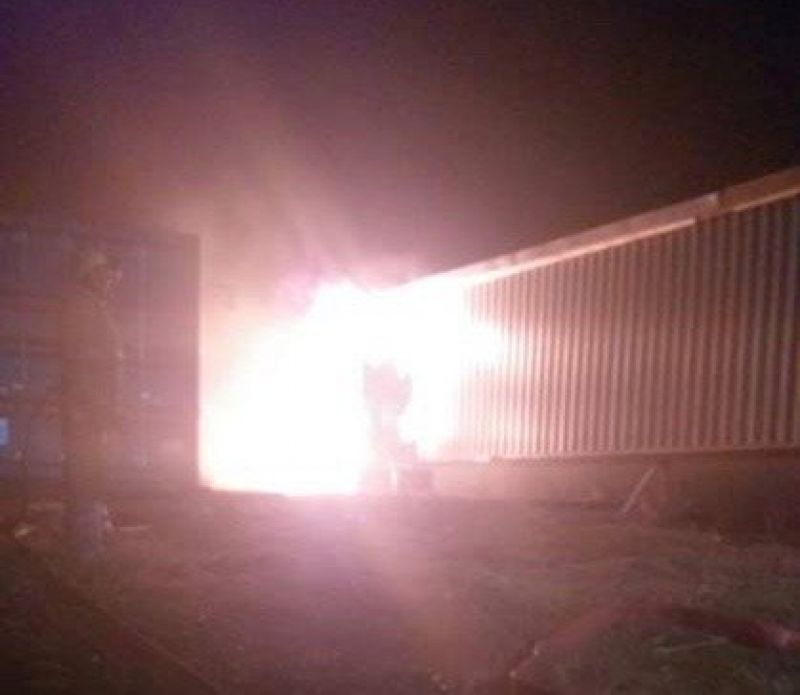