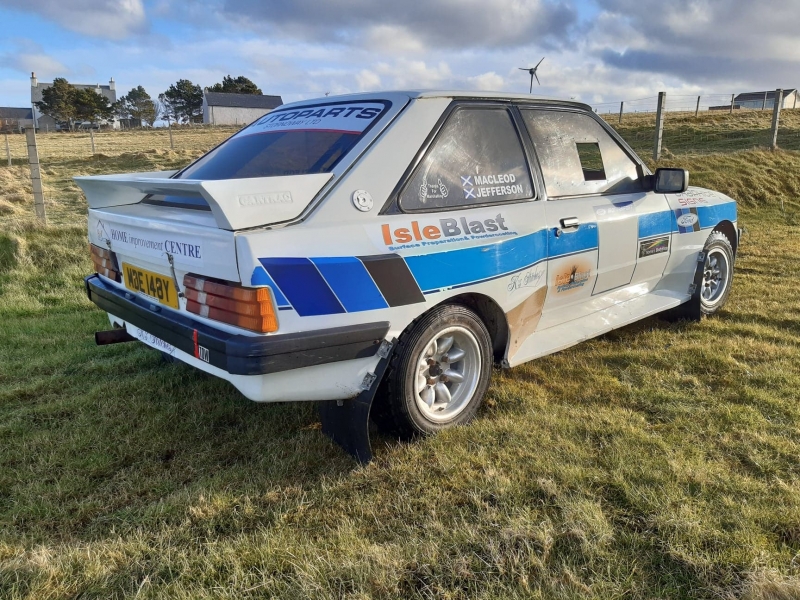 The first week of March sees a crack team heading off the islands to tackle the first event of the rallying season.

Driver Ali ‘Nomie’ Macleod from Tong and co-driver Thomas Jefferson of Stornoway will be throwing everything they’ve got at the Coogie Urquhart Snowman Rally, run by Highland Car Club.

The rally means 43 miles of road and gravel racing that roars away from a start-point in Inverness on Saturday 7 March. There are forest tracks and roadways, all selected to test the car and its drivers to the max.

Behind them is a team of mechanics, logistics planners and sponsors, building up excitement for an event that everyone knows could come crashing to a halt at any second.

That’s happened to Ali and his car before. It’s a rare kind of car – a rear-wheel-drive Escort MK3 – and it’s prepared by experts, but as Ali said: “No matter the preparation, it’s all down to the day. At last season’s Argyll Rally I burst a brake-pipe on stage one and ended up in the ditch. That was it, over.”

Luckily the adrenalin, meticulous preparation and petrol-head obsession with fine-tuning the vehicle don’t make up the whole rallying package. Ali’s support team of five are also with him for every mile, and are ready to laugh with him when he leaves his car teetering at the top of a bank just two miles in.

The team includes Donnie, Morris and Jamie Ferguson, Derek Beaton and Angus ‘Grogie’ Maclean, who act as mechanics, plan each stage, respond to the logistical challenges the organisers throw their way and drive the chase car, following him round the route to be sure he gets where he needs to go.

“Rallying isn’t just about driving the course, it’s logistics, timing and complicated calculations,” says Ali. “You get a text at 10.30pm telling you your start time tomorrow is 10.15am, and you have to be there to the minute and be ready to race.”

The Snowman Rally turns 65 years old this year. In 2020 it runs over five scenic stages around Inverness-shire, the Black Isle and Cromarty and is the first rally of the Scottish Championship season.

This year Ali intends to compete in the three rallies that make up the North of Scotland Championships, starting on March 7th and continuing in April with the Speyside Stages and in August with the Grampian Stages.

Shifting a car and seven team members from Lewis around Scotland doesn’t come cheap and that’s where the background team members – the sponsors – come into their own. Principal sponsor Autoparts Stornoway Ltd is joined this year by the Home Improvement Centre, K’s Stitches and Isleblast and Powder Coating, with Nomie’s Bodyshop

Their support means the accommodation, car transport, support car and essentials like tyres and fuel can be covered, leaving Ali and his team free to actually do the planning and driving.

And if he ends up in a ditch, well, there’s still the experience of being part of the team. Ali said: “It’s all part of rallying. The craic you get with the boys and with the other competitors is all part of it. They had a laugh at my expense and I was able to laugh with them.

“They’re going to be waiting for me at every stage to change oil and tyres, driving miles to be at the end of the stage by the time I get there and putting their commitment into getting me round the course. That’s what it’s all about – the teamwork and the craic.”

They’ve been given race number 47 in a field of 95 and are the only islanders – though there are two from Skye and one from Moscow! The scrutineering is at Autovision Vauxhall on Harbour Rd Inverness on Friday from 4pm and cars will be starting from Fairways Leisure, Castle Heather, Inverness from 8.30am Saturday.

(The text has been revised since being originally posted) 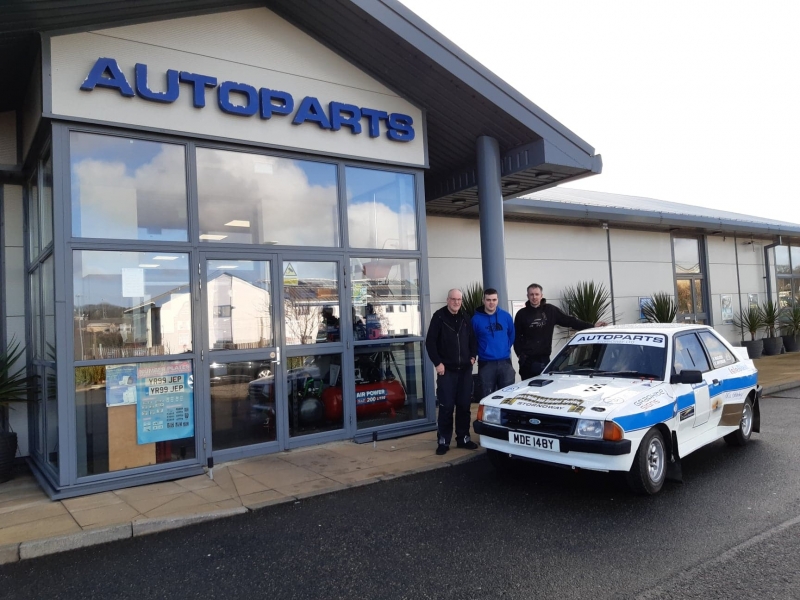