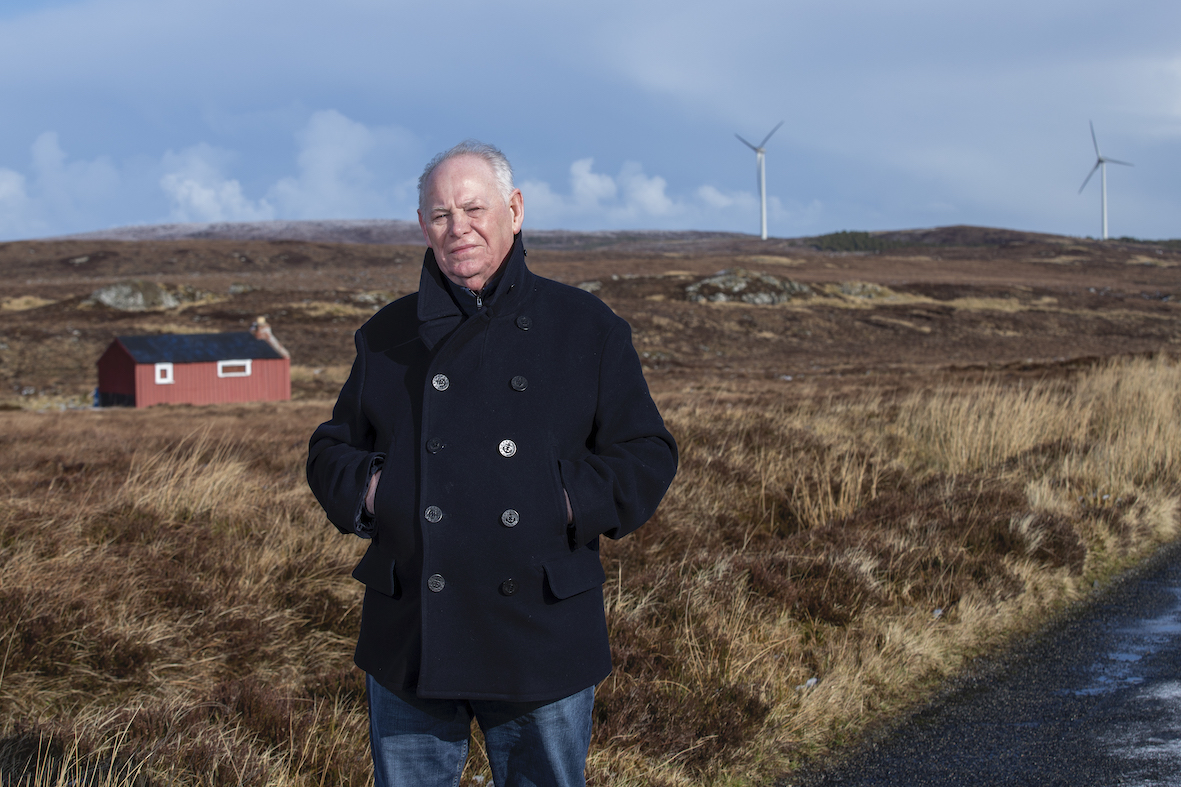 A project is underway to capture the history of the sheilings in one area of Lewis before they pass out of living memory.

The main part of the project, backed by community wind farm charity Point and Sandwick Trust, will involve interviews with people who remember going to the sheilings (the ‘airidhean’) belonging to families from the Point and Sandwick area, and collecting old photographs.

The researched material will form the basis of an exhibition by Comann Eachdraidh an Rubha and also be turned into a booklet or book, depending on how much material is gathered.

The project also aims to create a site map of all the sheilings that existed on Point and Sandwick’s summer grazings on the ‘Stornoway General’, off the Pentland and Beinn a Bhuna roads, and identify their ownership.

Writer and translator Andrew Dunn, from Point, will be carrying out the research and producing the written material, which will be fully bilingual.

He explained: “It’s about the community ties to the sheilings – the airidhean – specifically the ones that were used by the community in Point and Sandwick. Hopefully it will eventually take the shape of an exhibition at the Comunn Eachdraidh and also a report or booklet which would be online as well, maybe even going towards a short book.

“The idea is that it involves a lot of research. Initially it will be looking at written material but also doing interviews with people who have first-hand experience, so time is a factor.”

Andrew is hoping to speak to as many people as possible with memories of the sheilings. “This could be at any sort of stage. I’m interested in older people who would have had the experience of travelling out to the summer grazings as part of the actual routine of life but also people who went there just for holidays because I know people who did that. Any experience at all.”

Andrew will be taking an audio recording of the memories and collecting photographs at the same time. Copies will be made of all photos so that originals can be returned.

He added: “If people have knowledge of whose sheiling was whose, we’re interested in hearing that as well, because part of the project will be doing a map of the sheilings and showing which sheiling corresponded to which croft or family.”

Andrew said it was important to hear these accounts first-hand. “It is a very important part of the community history and it’s a way of life that disappeared but people still remember it and it’s a way of life that was common, not just in the Islands and Highlands as well, but throughout Europe at one point. But it lasted longer in the Highlands and Islands than it did elsewhere.

“I think it’s really interesting to learn about it and it’s important to understand how people used to live and how it’s informed how we live nowadays.”

The project is estimated to take the best part of this year.

Donald John MacSween, general manager of Point and Sandwick Trust, said the project was “about recording the memories of people who were involved in the last traces of transhumance in the area up until the early 80s”. He explained that Point and Sandwick Trust was backing this project “because our turbines are slap bang in the middle of the summer grazings.”

Garrabost native Calum Graham is among those with fond memories of the airidh. His first summer at the shelling was in 1947 at the age of five – and he is “very happy” the memories of shelling life are going to be preserved.

He said of the project: “I think it’s wonderful. I think it’s a very important and rich part of our history and culture and I think in Lewis it persisted long after it ceased elsewhere.”

He recalled that although the practice of going out to the sheiling – “muigh air an airidh” – was prevalent throughout Lewis, the Point and Sandwick district had the greatest need to do it because these villages had their common grazings miles away on the Stornoway General, whereas other villages tended to have their common grazings immediately behind or inland from the villages.

“Although the practice of going to the airidh was prevalent throughout Lewis, there was a greater reason for it in Point because your sheep were 15 miles away.”

Calum recalled great excitement on the day of going to the airidh. “All the livestock was taken out to the sheiling. Hens would be transported in lobster creels but the sheep and cattle were walked there. That was probably the most exciting day of the year for a young person.

“You’re up at 5am and then people would come throughout the village with their sheep. When you passed each house, other sheep would join in. There were hundreds and hundreds of sheep. Dogs barking, men barking…”

Catriona Dunn, secretary of Comann Eachdraidh an Rubha, said now was the “right time” to collect memories, “while there are still a reasonable amount of folk”, such as Calum, who remember it.

She added that, while the community already has some valuable records on sheiling life going back to the 1930s, there was still a lot more out there, not yet recorded.

“For the Historical Society, this is a key element of what life was like in a previous generation, that we need to capture. We need to capture these people’s memories while we still have them. There are still quite a lot of people around, some of them not all that old, who remember going to the sheiling.”

Catriona has her own memories of going to the sheiling to holiday with an aunt.

“Although things were very primitive in some ways – getting water from the loch and all that sort of thing – it was very happy. I think that although the women especially were working almost as hard as they were working at home, there was more freedom and I remember the camaraderie among the people there – the friendliness. It was very, very enjoyable and I think the people who went regularly really enjoyed it.”

Anyone from the Point and Sandwick area with memories of the airidh is invited to get in touch with Andrew Dunn, by email or telephone, at This email address is being protected from spambots. You need JavaScript enabled to view it. or on 07768102996.

Picture of Calum Graham near his family’s old airidh, with the Point and Sandwick Trust turbines at Beinn Ghrideag in the background.

Picture by Sandie Maciver of SandiePhotos.