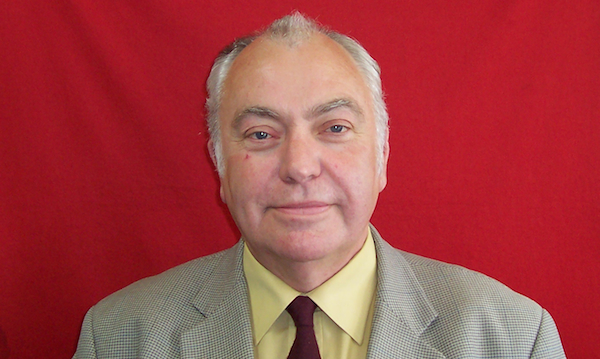 Tributes are being paid to Archie, former member for the Paible electoral ward in North Uist and formerly Chairman of the CnES development committee, who passed away on Friday 6 March.

Archie was educated at Bellahouston Academy before going on to Jordanhill College of Education in 1962 to do his teaching qualifications. Archie was first elected to represent the Paible electoral ward more than 20 years agao, later serving the North Uist and Benbecula ward until he resigned in 2015.

Convener of the Comhairle, Councillor Norman A Macdonald, said: “Archie was a tremendous voice for his community, serving in distinguished roles on the Comhairle, most notably as Chairman of Development.

"He was a robust campaigner for both his community and for the islands and was also a Director of Hebridean Housing Partnership. On a personal level, Archie was a gentleman in how he conducted himself and someone who was revered by his colleagues and friends.

“Our thoughts at this sad time are with Archie’s wife, Ada, their children Eilidh, Sarah and Alasdair and his many friends.”

Archie was elected to the Comhairle in 1999, representing the Paible ward and took up the position of Vice-Chair of Sustainable Development. He became Chair of the Committee in 2003 and was re-elected to that position in 2007 and 2012.

Archie enjoyed a long career as a teacher, starting at Paible School in 1967 before moving to Iochdar and then to Lionacleit in 1988 where he served as the Principal Teacher of Guidance. He retired in 1997 and was a Fellow of the Educational Institute of Scotland.

At the time of Archie's retirement as a councillor in 2015, the Convener stated: "Archie will be remembered during his time as a Councillor as someone who would weigh up the arguments of a particular discussion, reach a decision and stick with that decision. He always did so with good humour and respect for his Comhairle colleagues."

The Comhairle flags at offices in Balivanich and Stornoway are flying at half-mast.