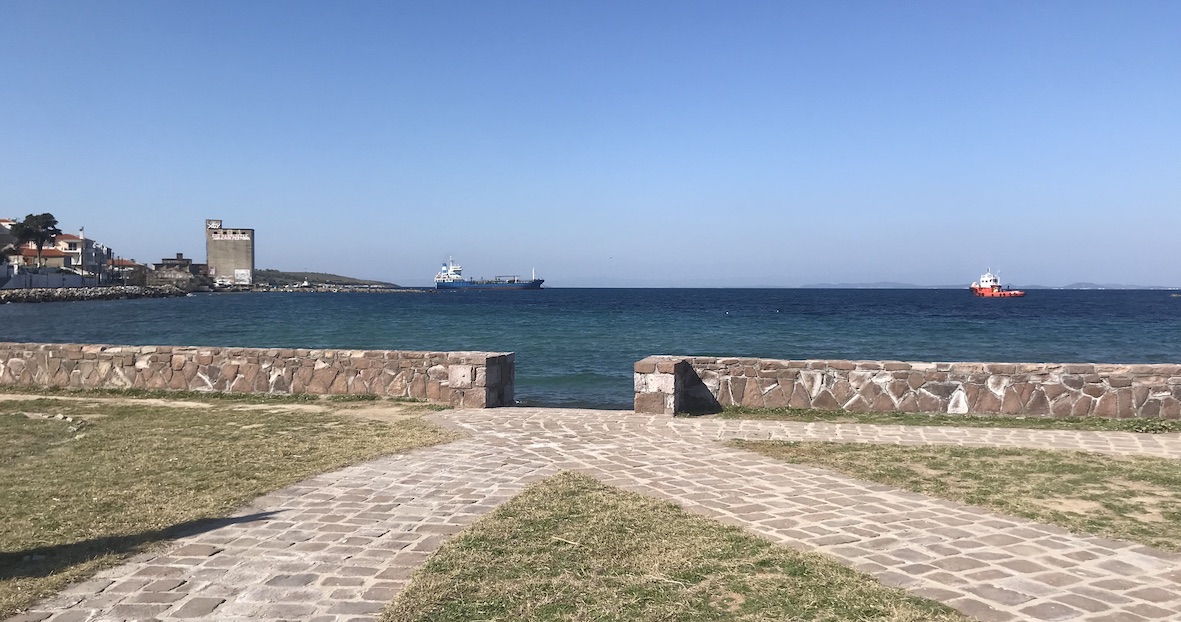 We're refugees in our own world

Melissa Silver on Lesvos looks at the changes transforming daily lives as lockdown looms in the face of coronavirus.  In France, for instance, a two-week lockdown began last Tuesday  and is likely to be extended. French residents were told to stay at home except for essential excursions such as going to the doctor, walking the dog, or going for a solitary run, and all gatherings were banned. People were to go to the office only if homeworking is not possible. Greece introduced similar measures a week ago.

I walked the familiar walk that I’d done dozens of times over the previous few months, the sun shining down on me. Around the coast and to the bus stop that we waited at each day.

I don’t know why but my memories – my real, visual memories – of my time on Lesvos are more vivid than of anywhere else.

If you asked me to describe One Happy Family (the community centre that I volunteer with) to you, inch by inch, I’m sure I could, and the same goes for the streets that I habitually walked in Mytilene; the bars and cafes I frequented before everything changed.

I stood facing the wall that bordered the sea – in the not-so-distant distance, Turkey – on the shore, the usual rubbish, endless plastic bottles. I remembered the day that we cleaned the beach, I went in the sea up to my knees, soaking my trousers but it didn’t matter because the sun was so hot – not like in Scotland where wet clothes need to be instantly dealt with or you risk getting one of those chills that only a long soak in the bath can fix.

Then the winter came, cold and harsh, and as it tried to leave and spring tried its best to arrive, the world as we knew it fell apart.

I faced that wall where we sat day after day, allowing time to bask in the morning sun before the bus came. I could see the faces of so many volunteers who had come and gone during my time here – the most recent of whom left in a panic as the island was evacuated.

There were only four volunteers from my organisation left at this point (there would be just three by the following day), including me, excluding the coordination team, and two refugee friends had left the previous day, leaving my beautiful friendship group, which used to be almost stressfully large with a total of five, all of us in very different positions within the situation, reacting and behaving differently and therefore finding it hard to be together.

I stared at the wall and the sea behind it, watching the memories sweep past me as tears poured down my face. I realised I was in mourning.

I read once about how, in life, things die and new things are born. Relationships (in their entirety or just phases within them), moments, eras end, and normally they happen one at a time and we adjust, it’s cyclical, so new things are born to replace what we’ve lost in some way. But the mourning I was feeling was the build-up of weeks of loss with no hope of any kind of new birth to fill the void.

It had begun just a few weeks before: when a peaceful protest was met with tear gas used on everyone from old men to babies; violent and threatening attacks on refugees and volunteers followed; then came Turkey’s opening of the borders which led to chaos on Lesvos and the Greek land border with Turkey, in particular; the political change in Greece that meant that refugees were no longer able to apply for asylum; Europe’s condoning of Greece’s actions, naming them the "shield of Europe" as images of the Hellenic coast guard threatening migrant boats with guns filled our Facebook feeds; the attack on our house, which had become home, forcing us to leave; the fire that destroyed One Happy Family; and, finally, coronavirus.

I had come back to Lesvos, my surrogate home - after five weeks volunteering on Samos, where they were desperate for more hands - and it was no longer there: the atmosphere tense, I no longer felt safe; the threat of corona, I could no longer find solace in the arms of my friends, nor could we distract ourselves by going out for food or drinks – by this point, everything had been forced to close; OHF was gone, burnt - it was to be announced the next day, officially, that it was arson; and so many of the people who helped make this home had now left. It was far too much to lose in such a short space of time.

And then I realised, although not entirely comparable to war, we finally had some inkling into what the life of a refugee is like – everything stripped away from you, the uncertainty that each new day brings you, the lack of safety, not knowing if your family was going to be okay and knowing you weren’t going to be there to help them.

The refugees I knew were clearly not worried about corona – would you be, if most of the life you remember had been consumed by war?

And they didn’t understand why I was so scared. 'I’m away from my family, I don’t know if they’re going to be okay and I don’t have a clue what will happen to my country – or even my continent, is what I could tell them.

The look in their eyes told me…'welcome to our world'.