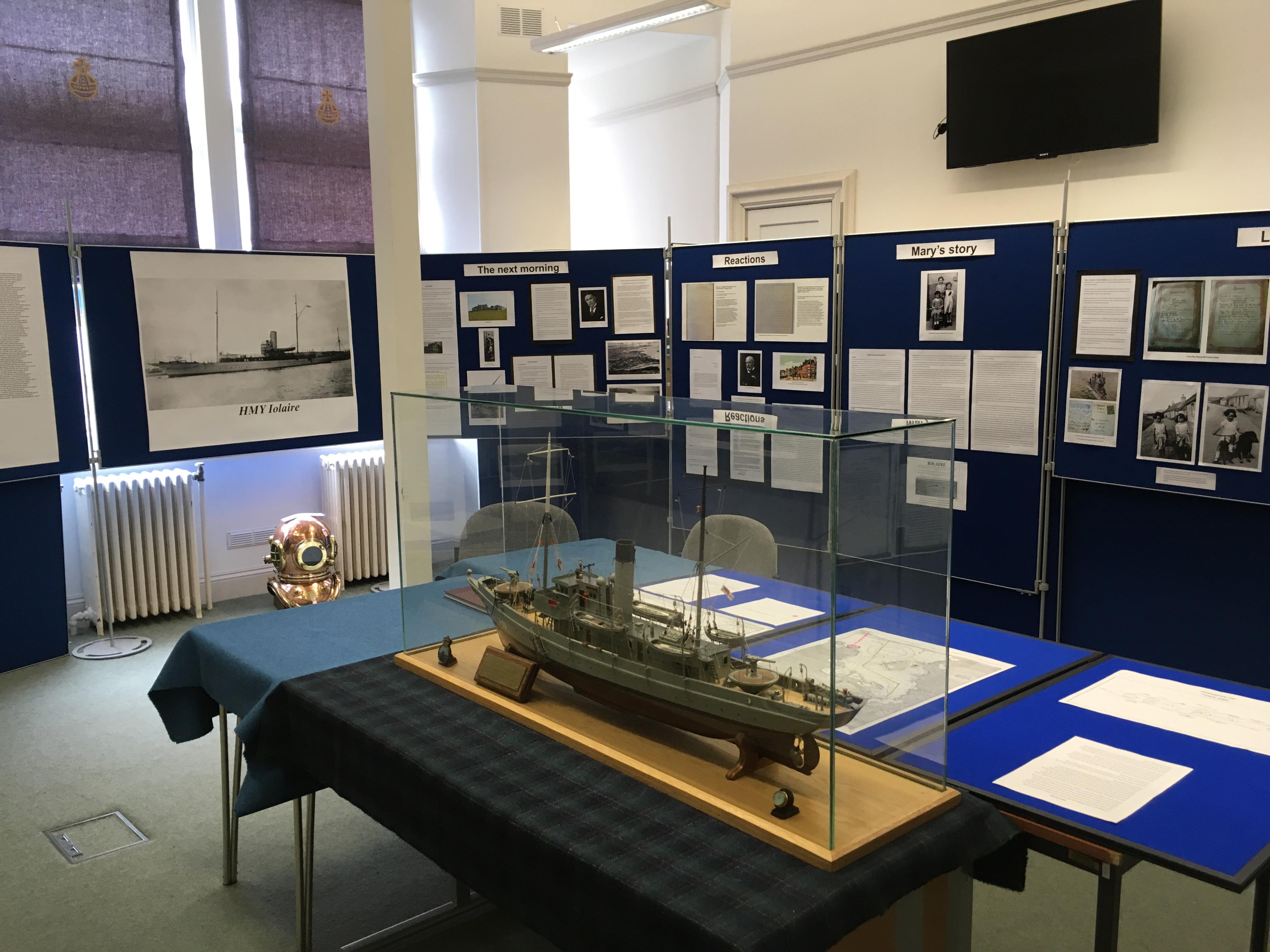 The exhibition, which was previously on display at Sandwick Community Centre, was put together by the Stornoway Historical Society, in Collaboration with Point and Sandwick community councils.

The exhibition details the impact of the tragedy on the areas of Point, Sandwick and Stornoway and plays an important role in the Iolaire centenary commemorations.

The hugely interesting display illustrates the voyage from Kyle, reactions to the news, instances of searing loss and outstanding courage, stories of the survivors, as well as looking at the inquiry that followed and the Disaster Fund that drew contributions from throughout the world.

It’s mix of photographs, personal stories, artefacts and film was met with a universally positive response from those who saw it in Sandwick, and Stornoway Historical Society has had many appeals from Lewis people living off the island who were unable to visit at the time.

The exhibition is accompanied by a film, entitled So close to home, produced by Alyth McCormack whose mother Mary, chair of Sandwick Community Council, initially suggested the idea of the Iolaire exhibition.

Alyth tells the story from her perspective as a child of Sandwick – her grandfather had witnessed the tragedy first-hand from the headland as a teenager from Holm; her song about the disaster, also called So close to home, plays at the closing credits.

Prints of the powerful Iolaire 100, portraits of sailors lost and saved, by artist Margaret Ferguson, will also be available to view.

The exhibition is open throughout June, July and August on Tuesdays, Thursdays and Saturdays from 11am – 5pm. Admission to the exhibition will be free.

Pictured is the centre piece of the exhibition, a scale model of the Iolaire, surrounded by information boards. 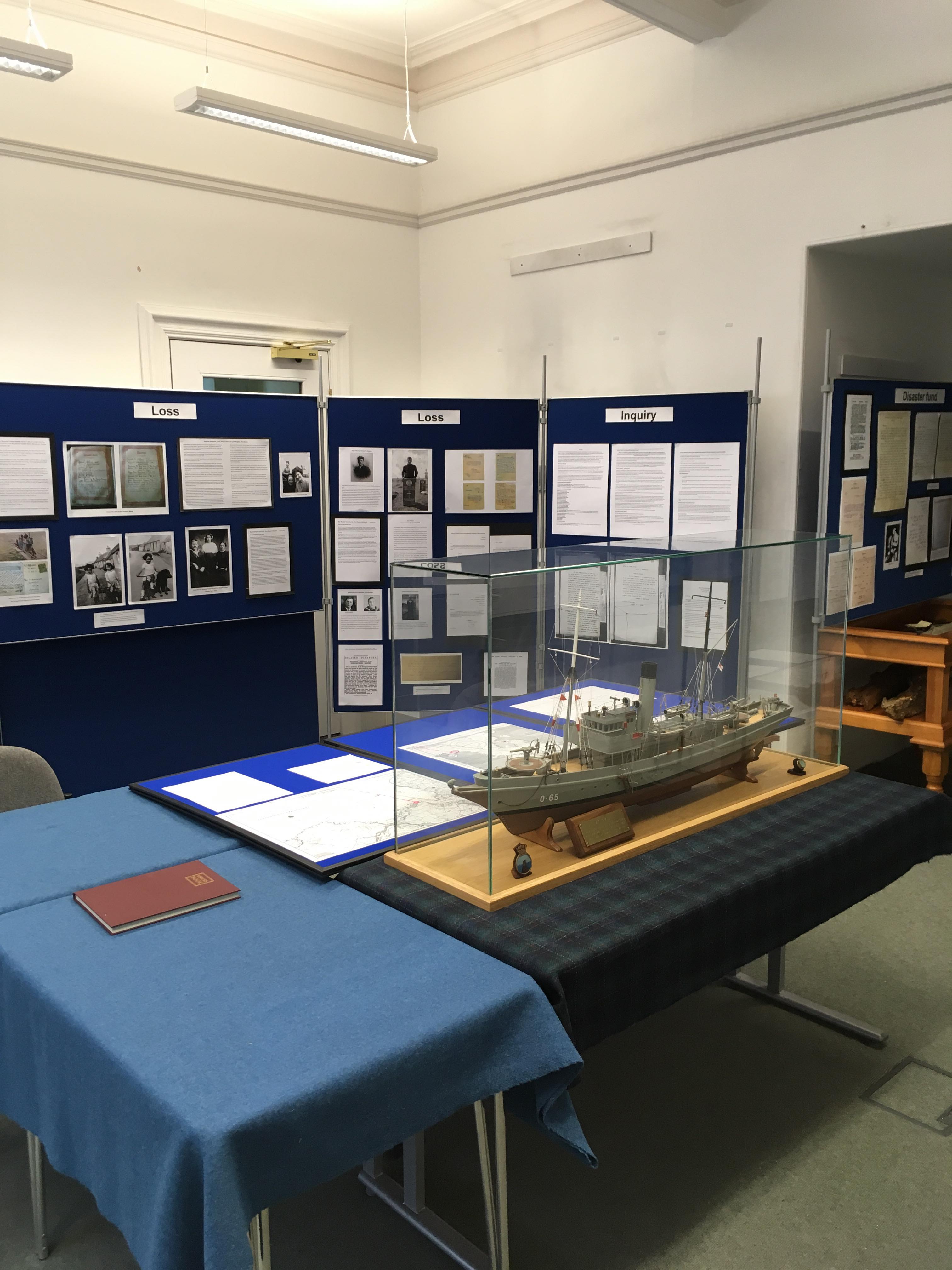