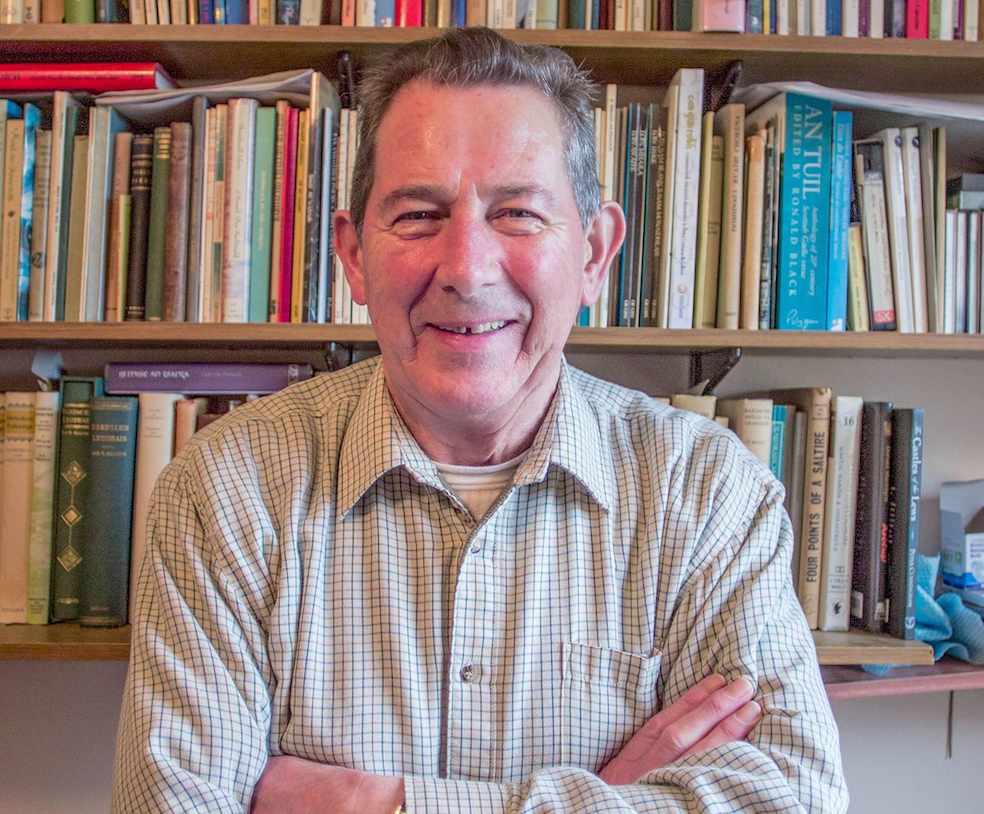 Tributes have been paid to the esteemed Gaelic writer and educationalist John Murray (Iain Moireach), of Barvas, whose death was announced on Saturday (November 17th).

He was 80 years old and had for some months been resident at Dun Eisdean care home in Stornoway.

A respected writer, he became one of the founders of the Stornoway-based publishing company Acair. He worked for many years in education and media - including being editor of Stornoway-based Radio nan Gaidheal, and was also director of the ground-breaking Bilingual Education Project in the Western Isles.

It was at that time that he got together with others to establish the pioneering publishing company, launched in 1977.

"John was an accomplished writer and his short stories and plays were considered some of the best of that genre, but he could also turn his hand to children's books and he continued to translate for Acair for many years.

"He also took an interest in the publishing output and we were very pleased to have John with us at a several special events held last year to celebrate Acair's special birthday. "

"We will miss John very much as one of the founding fathers of Acair but also as a dear friend."

On Twitter, fellow writer Donald S Murray, from Ness, said of John: "Unfailingly kind and courteous, he was also an extremely talented man."

And on Facebook he added:"One of the finest and most encouraging men I’ve ever had the pleasure to know. A wonderful writer and a great companion and friend."

Gaelic journalist Donald Morrison said John was "instrumental in developing bilingual education in the Western Isles. John was editor of Radio nan Gaidheal for a number of years."

Journalist Murray Macleod said: "He was very nice man. He gave me lots of encouragement when I didn’t know…supportive, clever and just very nice."

Publishing Scotland also commented: "John was very involved from the very early days in Acair, in publishing and in Gaelic education. Remembering his witty contribution in As An Fhearann (From The Land) as well as his short stories."

Stornoway-based publishers Acair are now a force to be reckoned with on the Scottish publishing scene but their origins lie in the Bilingual Education Project, which John headed, as was remembered at its 40th anniversary last year which John took part in.  This project, set up in the Western Isles in 1975 in the wake of the reorganisation of local government, aimed to create bilingual primary schools throughout the islands. With it came the stark realisation that there were hardly any Gaelic books.

This was where John Murray and Dr Finlay Macleod come in. John was in post as director of the bilingual project, having previously been editor for the Gaelic Books Council, and Finlay, a psychologist, was then working in the education department at the new islands council.  They agreed on the urgent need for books and quickly won support from a number of sources including the Highlands and Islands Development Board and An Comunn Gàidhealach. Together with Western Isles Council, they became Acair’s founders in December 1977.