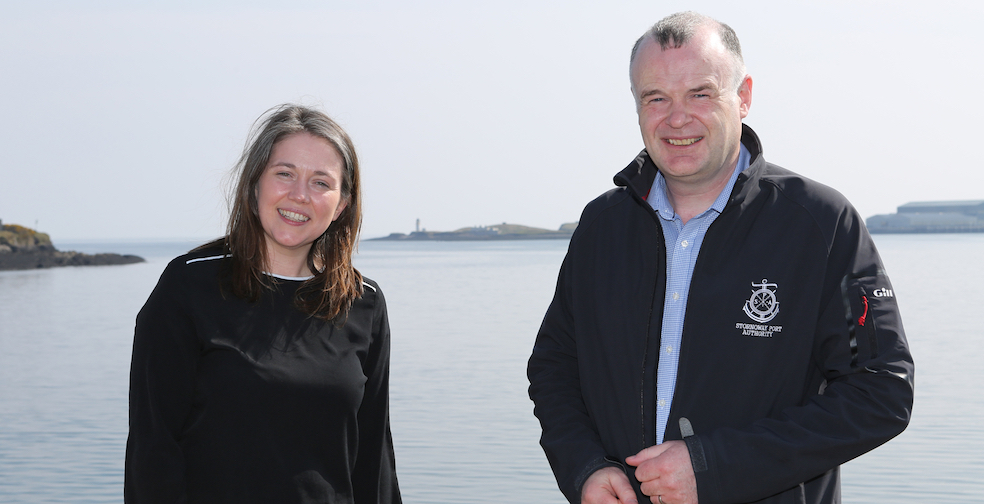 Stornoway Port Authority has awarded a major contract to design one of the biggest projects ever undertaken in the Hebrides.

Marine consulting civil engineers Wallace Stone have been chosen to take forward plans for Phase 1 of a deep-water port, which is part of the Port Authority’s 20-year Master Plan and aimed at creating significant economic growth for the islands.

The development has the potential to create more than 200 jobs throughout the Outer Hebrides and have a major impact on tourism in the islands.

The contract award was announced during a visit to the port by Aileen Campbell, the Cabinet Secretary for Communities and Local Government.

She said: “Our coastal seas are a central feature of Scotland’s economy and our plans for job creation and economic growth. Remote communities in particular benefit from marine tourism which generates additional business, jobs and prosperity.

“The creation of a new deep-water facility, which will allow cruise ships to berth alongside, will have a positive effect on the wider economy for years to come.

“Through the Regeneration Capital Grant Fund, the Scottish Government has contributed £1.75m to the marina project. We are fully supportive of the ports industry, and we recognise the hugely beneficial impact Stornoway Port Authority (SPA) has on both the local, regional and national economy.”

It is hoped construction on the deep-water port could start early in 2020, with a target for completion by mid-2021.

The development is crucial to accelerate local growth in the burgeoning cruise business, by providing improved facilities for larger ships that cannot currently berth alongside. At present, Stornoway attracts relatively few large cruise vessels, as those over 156 metres in length are unable to berth alongside, and passengers are brought ashore by small tender.

To maintain and grow the cruise market, Stornoway needs a facility for berthing cruise ships up to 350 metres long.

This would attract an additional 35-40 vessels a year, creating a significant number of business opportunities throughout the island as visitor numbers entering through the port continue to increase.

The project also includes a new deep-water berth for a freight ferry and for larger cargo vessels; berthing and unloading facilities for renewable energy components; development land for a range of uses, including industrial, storage and decommissioning activities; and a new link road along the foreshore to Arnish fabrication yard.

Stornoway Port Authority Chief Executive Alex Macleod said: “The awarding of the design contract is another major step towards the development of the deep-water port and the long-term vision of the Master Plan.

“The facility is much-needed and offers huge potential for Stornoway and the whole of the Outer Hebrides in terms of increasing visitor numbers and the jobs that it will help create.”

Wallace Stone have offices in Glasgow, Dingwall and Lewis.

John Porteous, a partner in the company and the Design Project Manager, said: “We applaud Stornoway Port Authority for their vision, ambition and boldness in developing this transformational project, and we are delighted they have appointed us to take it forward to implementation.

“We are a relatively small firm of consulting engineers who have been specialising in large marine infrastructure projects for 45 years, with offices in Dingwall and Glasgow in addition to our Hebrides office in Stornoway.

“We will use our very best efforts, calling on all our experience and expertise in marine projects, to help ensure this high-profile port development is a great success, and acts as the catalyst for economic regeneration, supporting tourism, renewables, heavy engineering and local employment.”

Last month the port authority announced that a £5 million contract to create a new marina at Stornoway as part of the Master Plan had been awarded to RJ McLeod Contractors Ltd.

The upgraded marina will see the creation of 70 new berths for leisure craft, a marine engineering workshop and infrastructure to support future development, including business/industrial and leisure.