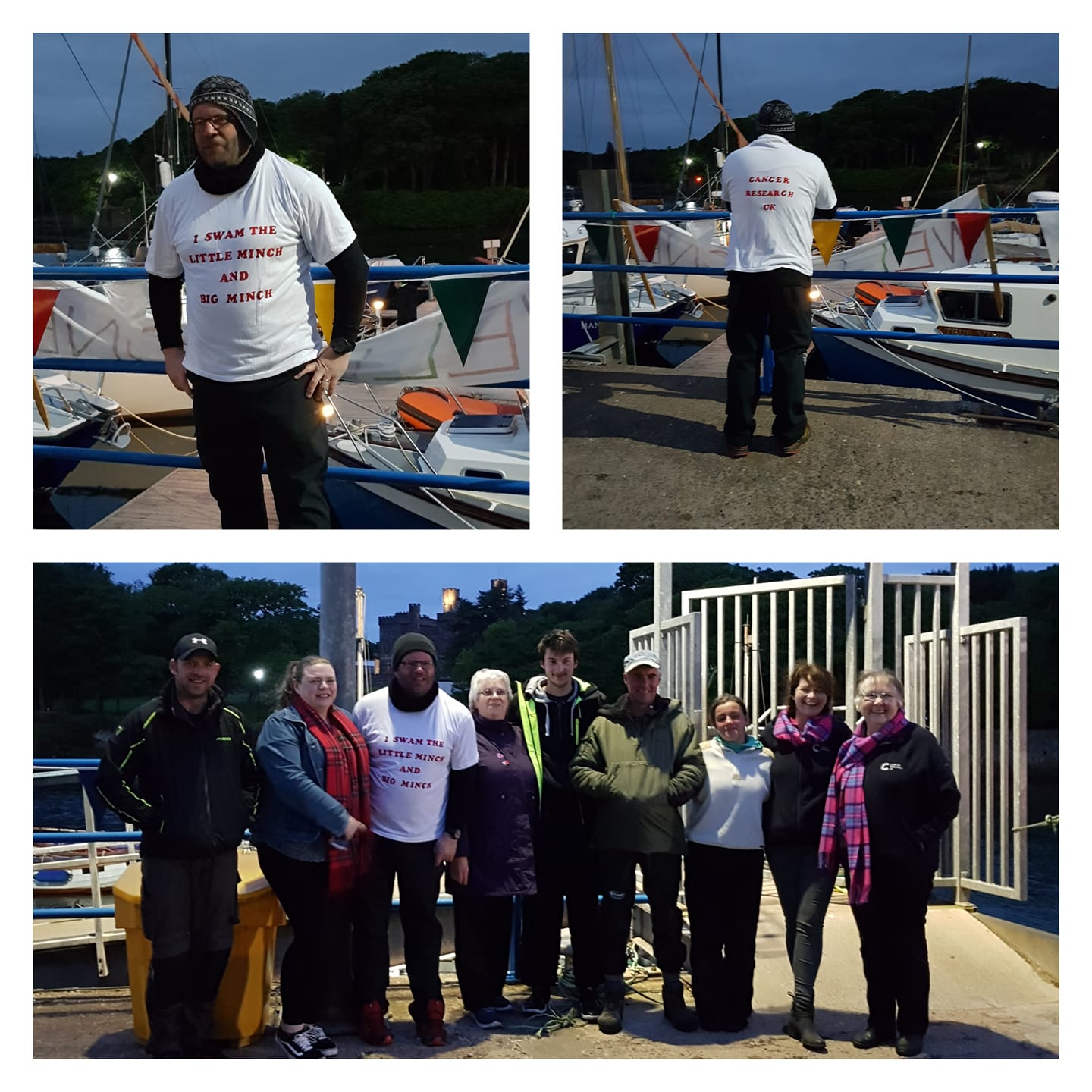 Colin Macleod has become the first man and the only islander to conquer the Minch, after touching the shore at Lemreway at 1.08am this morning (Tuesday June 11th).

He’d been swimming for 21 hours, setting out from Gairloch shortly after 4am yesterday morning, and covered 33 miles of open sea on his way to becoming the first person ever to to swim both the big Minch and the Little Minch (between Harris and Skye).

Kayaker Robert Emmott was alongside Colin as his feet touched ground in South Lochs. Robert, together with Brian Wilson and his daughter Nelly, had also been on the water for the whole 21 hours, providing safety support and encouragement throughout the whole feat. 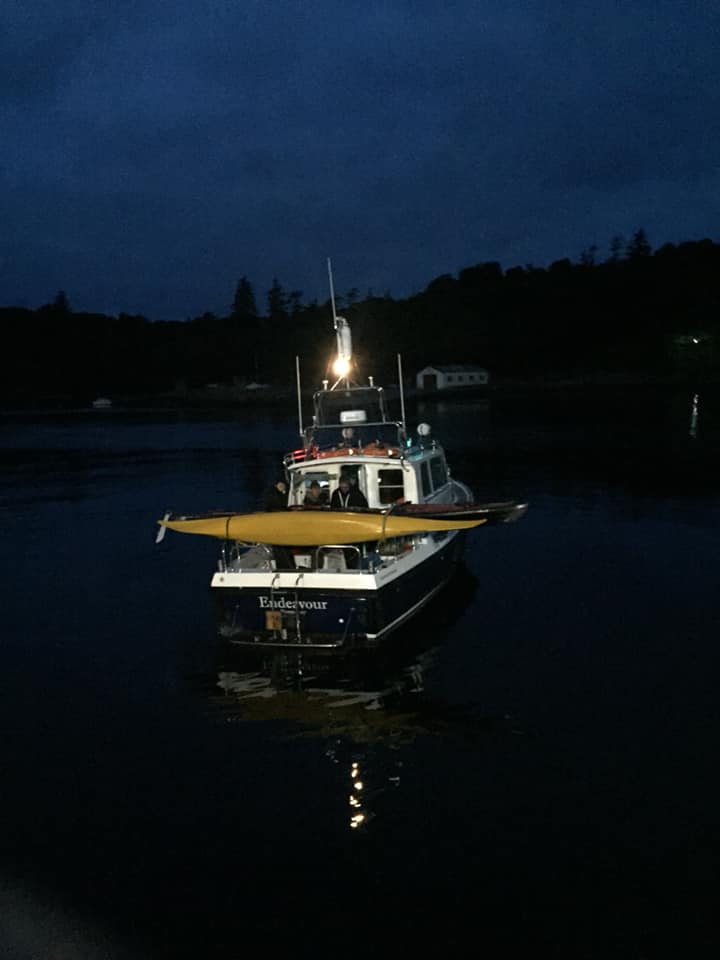 Swimmer and supporters were brought by the support boat Endeavour, skipper DK Macdonald, back to Stornoway, where they landed to a chorus of cheering and applause from supporters at the harbour pontoons. The title ‘King of the Minch’ was immediately awarded, honouring both this swim and Colin’s previous achievements.

News of the landfall fed a huge surge in fundraising, with Colin’s JustGiving page for Cancer Research UK (https://www.justgiving.com/fundraising/theminchswims) busting its £5,000 target wide open – this morning it’s passed £5,600, with over £1,000 also pledged on paper sponsorship forms. 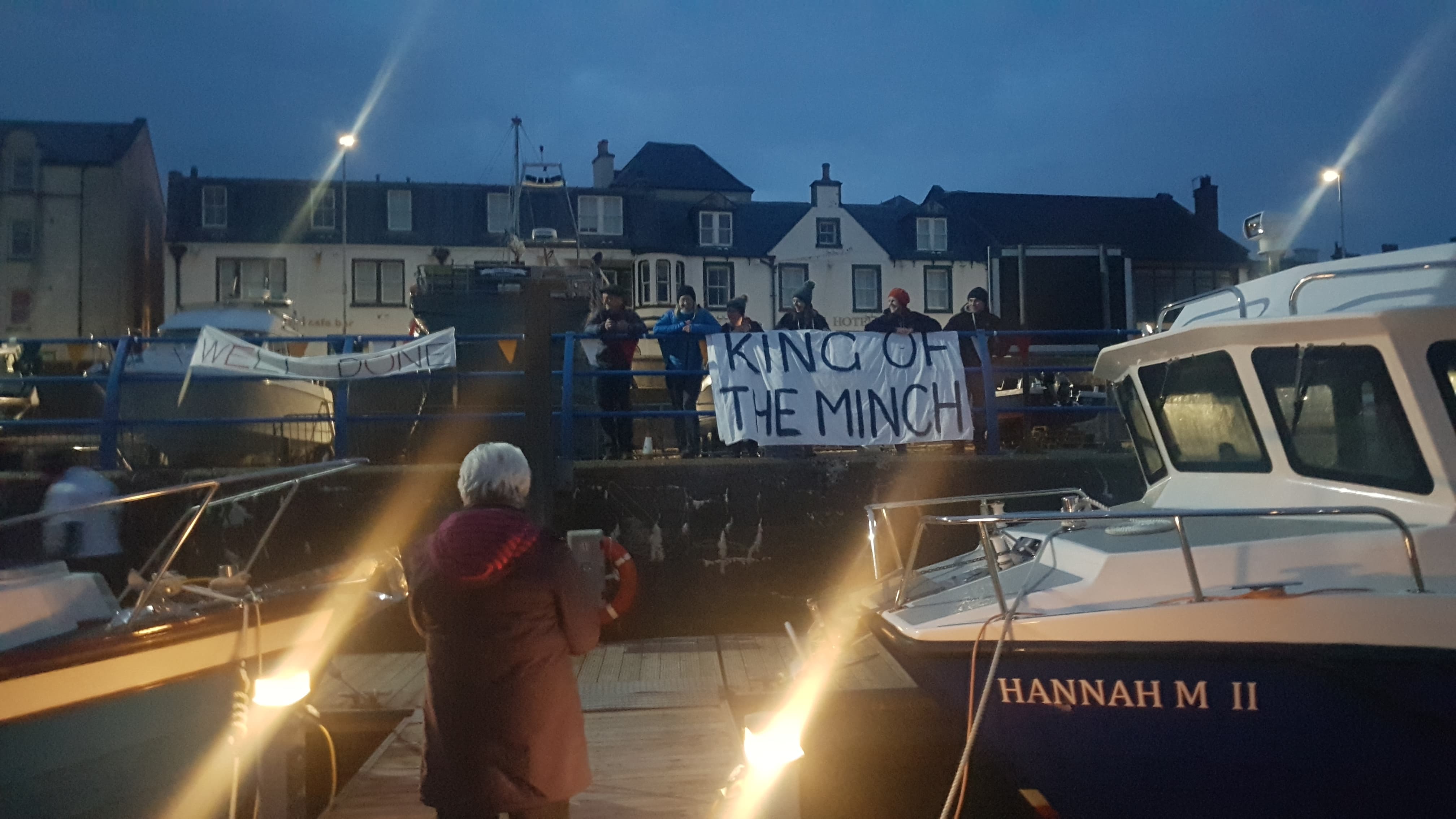 Colin told welovestornoway.com this morning: “I’m amazed to see the new total on JustGiving! The 33 mile swim was worth it – even with a few jelly-fish stings on my face, a sore mouth and salt tongue on its way.”

Wife and chief supporter Donna, who was at the quayside last night to welcome her hero, confirmed this morning that Colin has a cough and sore throat, and that she knows from experience the next effect will be a peeling tongue from all the salt water he has had in his mouth. 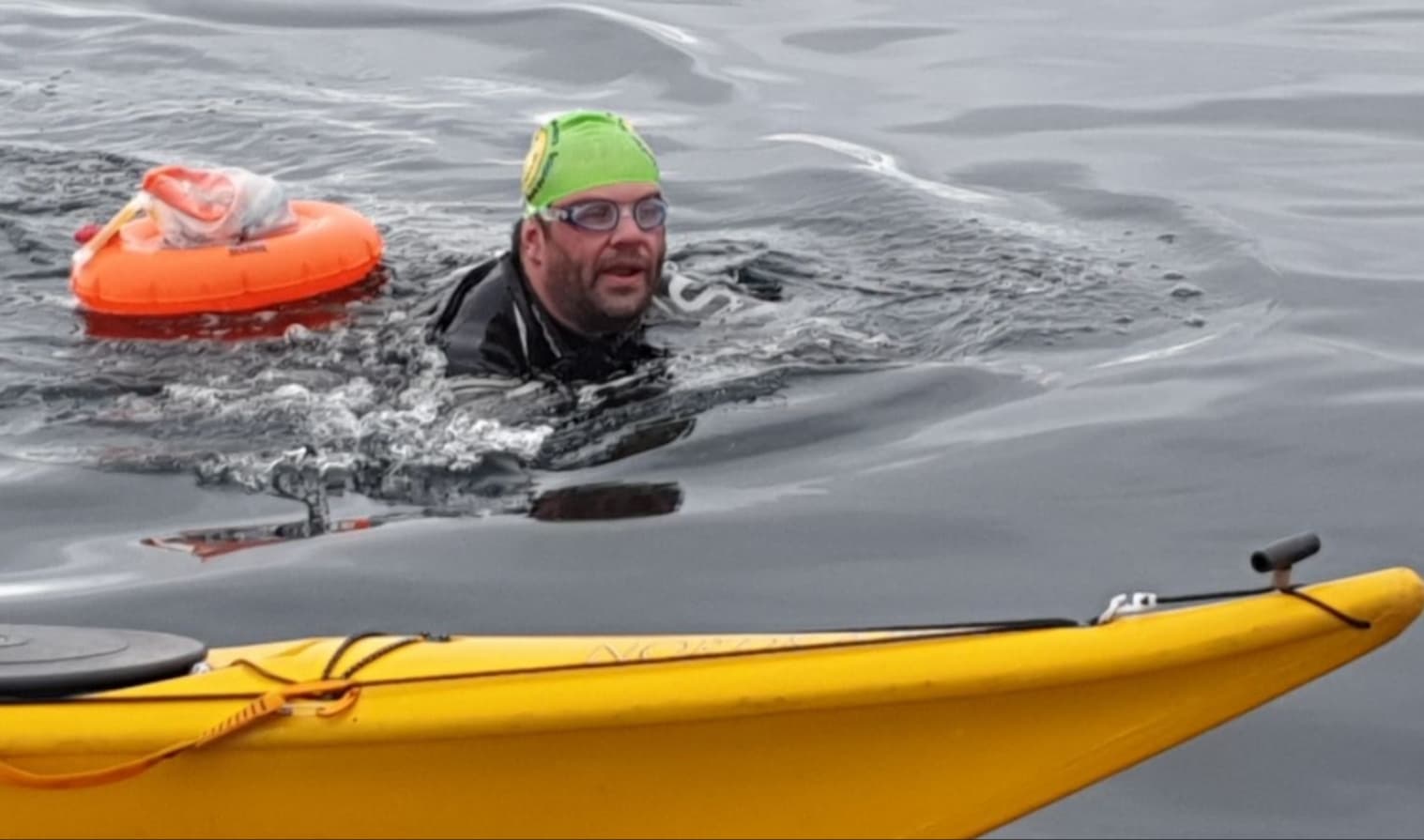 But for Colin the whole experience has been well worth it. Flat calm seas and warm water temperatures helped make the feat achievable - as did copious supplies of jaffa cakes, Colin’s preferred energy food, fed to him from the boat by his son Joseph. Among the motivational boosts that helped as he came within sight of the Isle of Lewis was a Coastguard helicopter flypast and a close encounter with a minke whale – Joseph caught that moment on camera.

Colin said: “It was a great experience, and to swim with a minke whale was fantastic. Thanks very much to the team – Donald, Joseph, Robert, Brian, Nelly, my wife Donna and my family and friends for all their support and donations, as well as to my sponsors TalkTalk. That’s me off the jaffa cakes for a while!” 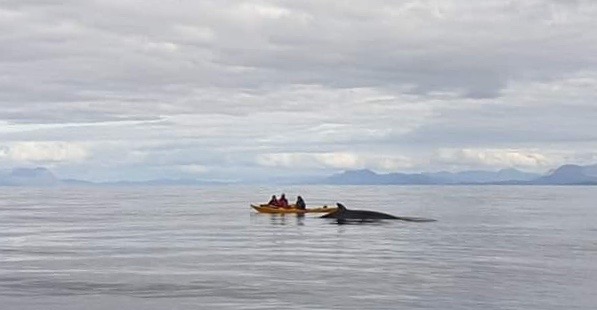 Pictures show a minke whale cruising past the swimmer and kayakers mid-Minch and Colin going strong (Joseph Macleod). Welcoming party awaiting his return at the pontoons in Stornoway, the Endeavour approaching the pontoons and the relieved supporters with Colin back among them (Donna Macleod, Laura O'Halloran and Fiona Macleod).