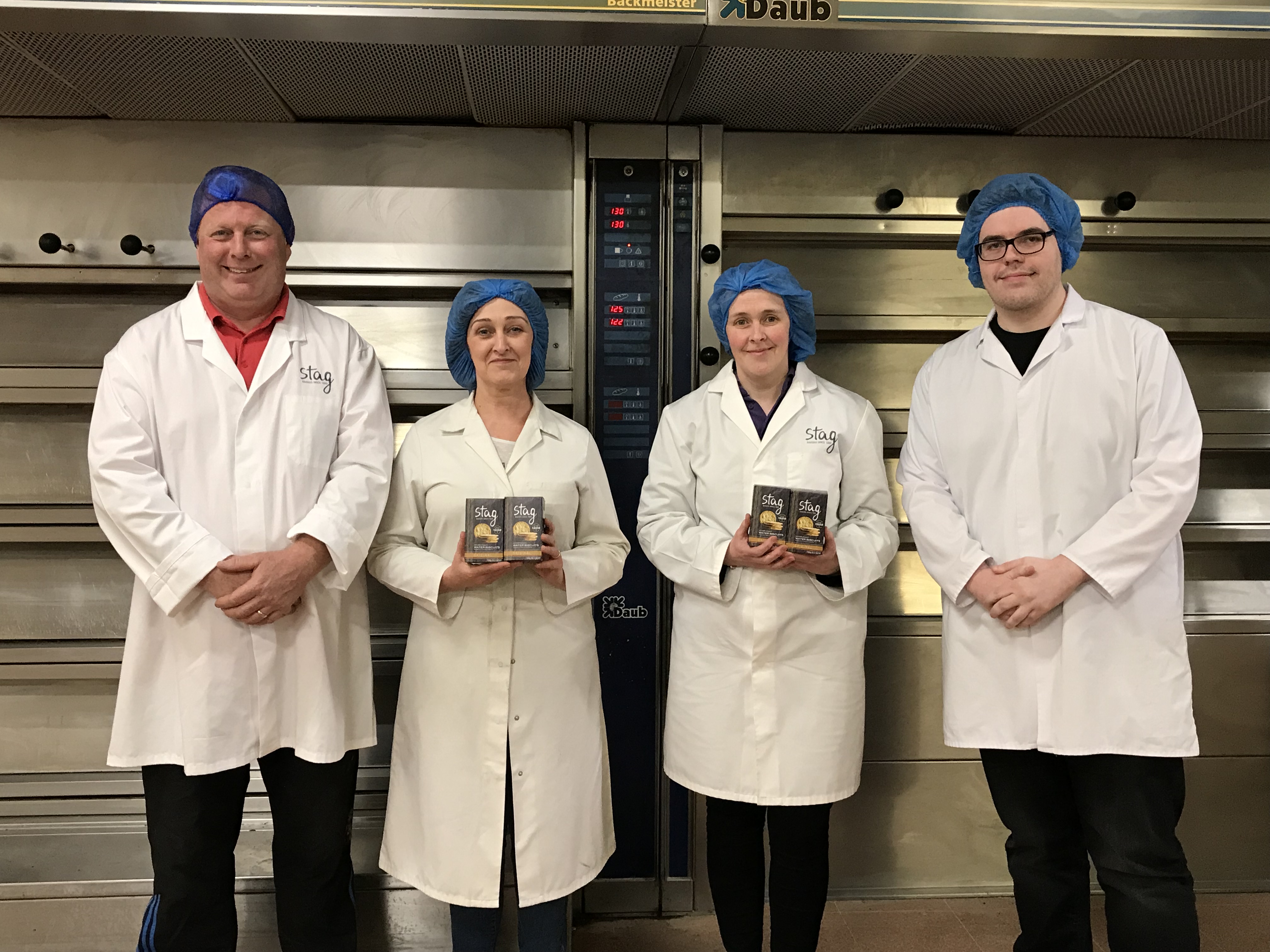 Stag Bakeries makes the best loaf of bread in the country – something that island customers have always known – but now it’s official.

Stag’s plain loaf was designated ‘best bread in Scotland’ in the Scottish baker of the year competition, winners announced at a ceremony in Glasgow on Saturday (June 8th).

Not only that, but Stag’s iconic water biscuits also carried away a regional bronze award in the Highlands and Grampian region, and the bakery itself was named wholesale baker of the year 2019.

General manager Kathryn Graham and sales and marketing manager Daniel Smith were at Glasgow’s Crowne Plaza hotel to receive the awards and were stunned when they learnt of the hat-trick of wins.

The product awards begin with customer votes, 30,000 of which counted towards the judges’ decision. Final judging only includes products already supported by a large number of votes, so people power creates the final shortlist.

Kathryn Graham told welovestornoway.com today (Tuesday June 11th): “Voting starts early in the year and customers have a chance to vote for individual products using forms which we have in the bakery and in the mobile shop, and online voting via our Facebook page. It was on that basis that our plain loaf and water biscuits went through to the final judging.

“We then get notified that we’re in line for something, although we’re not even told what products are involved. Only bakeries with shortlisted products can then put their company forward for one of the business awards, which are decided exclusively by judges.”

Stag Bakeries, now named wholesale bakery of the year 2019, has been a family business in Stornoway since 1885. It was bought by Charlie MacDonald in 1993 and Charlie’s son Roddy is now director, working at the company alongside his wife, Rhona. The company relocated from Stag Road to their current premises on Cannery Road in 2007 and now have a workforce of 60.

Head judge Robert Ross said: "We received over 30,000 individual product votes for goods baked by the best bakers in Scotland. Stag Bakeries can be very proud to take home these prizes in such a competitive field of brilliant products."

Alasdair Smith of Scottish Bakers, who organise the competition, added: "I have to take my hat off to Stag Bakeries which is an exceptional business. This prize is very well deserved, the whole team should be very proud."

Kathryn told welovestornoway.com today that the whole company is on cloud nine after the weekend’s win. She said: “It’s fantastic recognition for us as a team but also fantastic for the Western Isles to be home to the best bread in Scotland.

“It means even more that the nominations come from our valued customers, because providing them with quality products daily is at the heart of our business.”

The picture shows Roddy MacDonald (Director) Rhona MacDonald, Kathryn Graham and Daniel Smith with the award-winning water biscuits in front of the Daub deck oven where the plain loaf, best bread in Scotland, is baked.